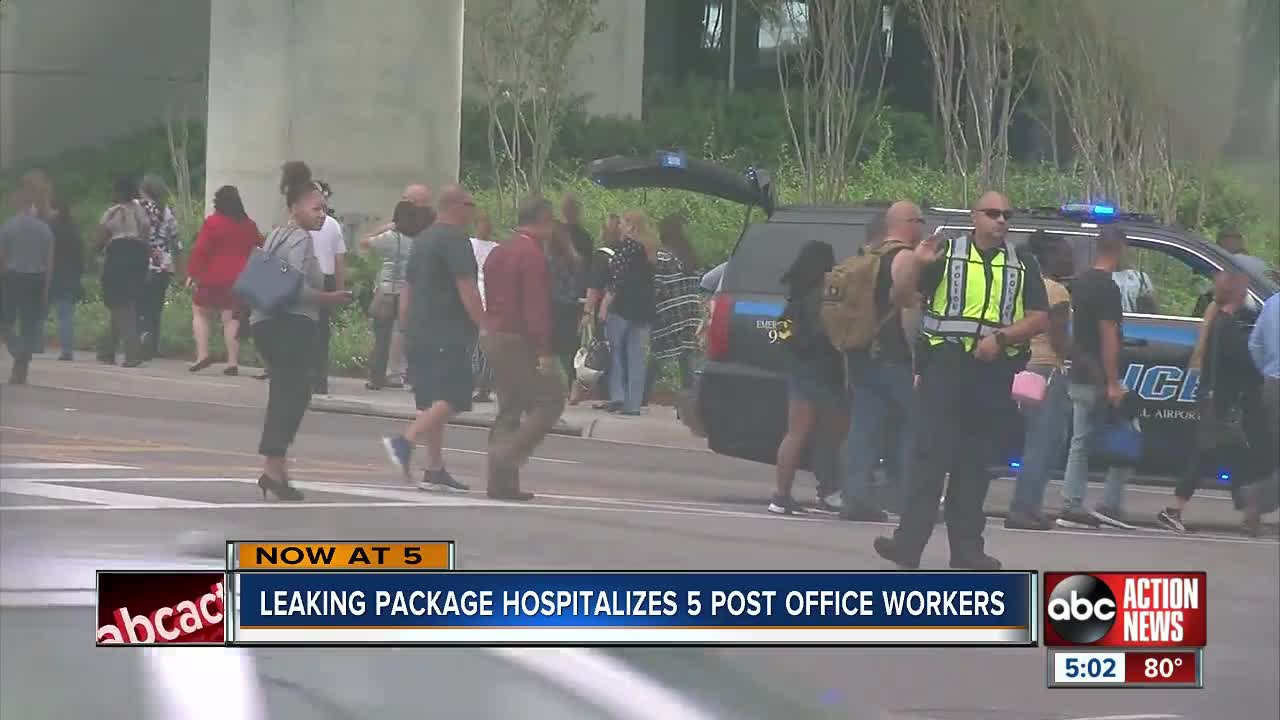 The Post Office at Tampa International Airport has been evacuated due to a report of a suspicious package. 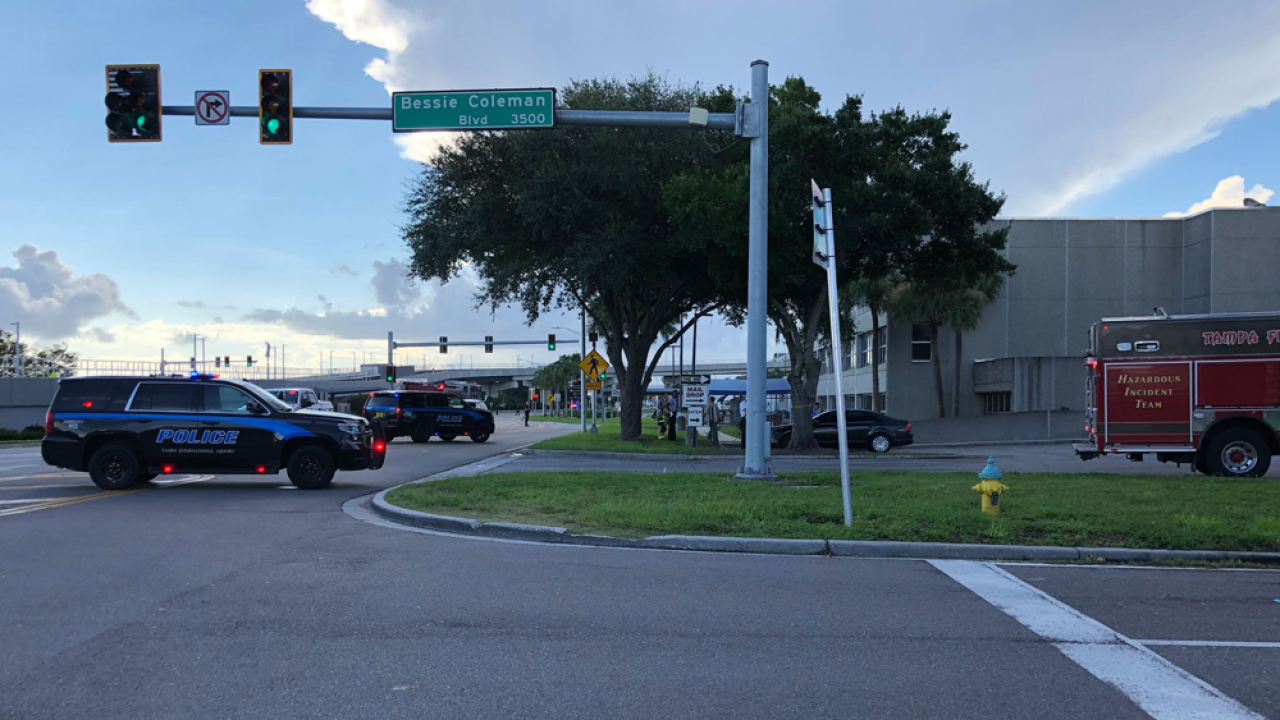 TAMPA, Fla. -- The Post Office at Tampa International Airport was briefly evacuated due to a report of a suspicious package.

Tampa Fire Rescue says postal workers at the sorting facility were handling packages delivered to the facility and while they were handling it some of the workers noticed a funny smell, described as a vinegar or bleach smell, then started having symptoms like difficulty breathing and burning eyes

Tampa Police Department's bomb squad, Tampa International Airport Police and Tampa Fire Rescue responded around 8:30 a.m.. However, they said there is no indication there was a bomb.

"What we're dealing with is something that had leaked," said Tampa Fire Rescue public information officer, Jason Penny.

Four people were treated at the scene and refused further treatment. Five people were taken to a St. Joseph's Hospital. The hospital said they treated and released five patients impacted by the event.

Fire officials said the issues appeared to be minor.

Police said there is no danger to the public, and no indication this is criminal.

Hazmat crews located a source of liquid and took samples to work to identify it. Readings of the air inside the building came back negative. The substance was later determined to be a chemical called tert-Butyl hydroperoxide. It is used in the manufacture of various commercial and industrial products, Tampa Fire Rescue says.

"Whether it's here, whether it's anywhere else, we do the same protocols for hazmat incidents, that's why we had a big response," Penny said.

The leaking container was boxed up for shipping. The container itself was clearly marked with a label indicating its contents. It has been removed from the facility and no longer poses a hazard.

The postal facility opened up again early in the afternoon.

Nearly 200 workers were on the clock at the time of the incident.

This story is developing, stay with ABC Action News for updates.