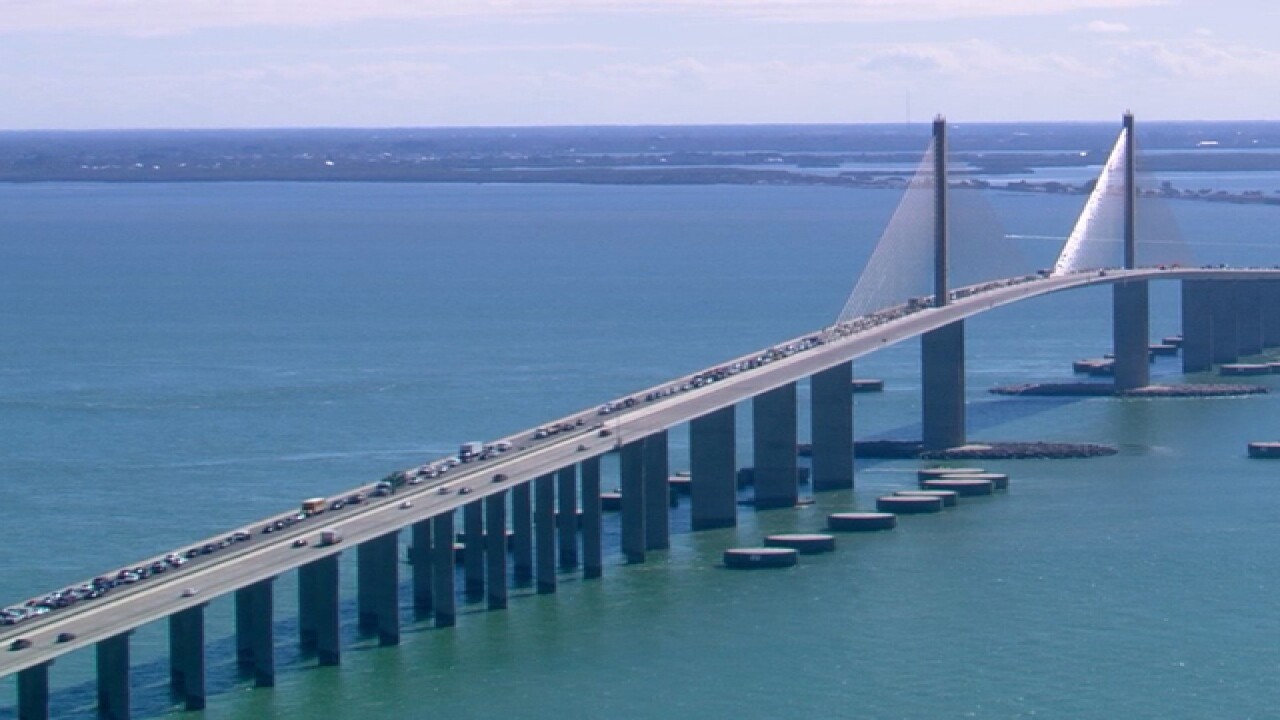 TAMPA, Fla. — The Sunshine Skyway Bridge could experience some changes in the future to prevent suicides, the Florida Department of Transportation says.

Officials say the department is concerned with the number of people who commit suicide on the bridge and are looking into ways to deter more from happening. Last year 18 people killed themselves on the Skyway, according to the Tampa Bay Times.

"The Department has been monitoring the issue and is currently working on all options to successfully deter suicide attempts on the bridge while securing the necessary approval from the State Historic Preservation Office that preserves the iconic design of the Sunshine Skyway bridge.," the FDOT said. "The Department is re-examining all options to see if any technological advances have occurred including the feasibility of a vertical barrier to be placed on the outside wall."

Soon, the departments say, they'll also be implementing pedestrian and stopped vehicle detectors in another effort to reduce response time.