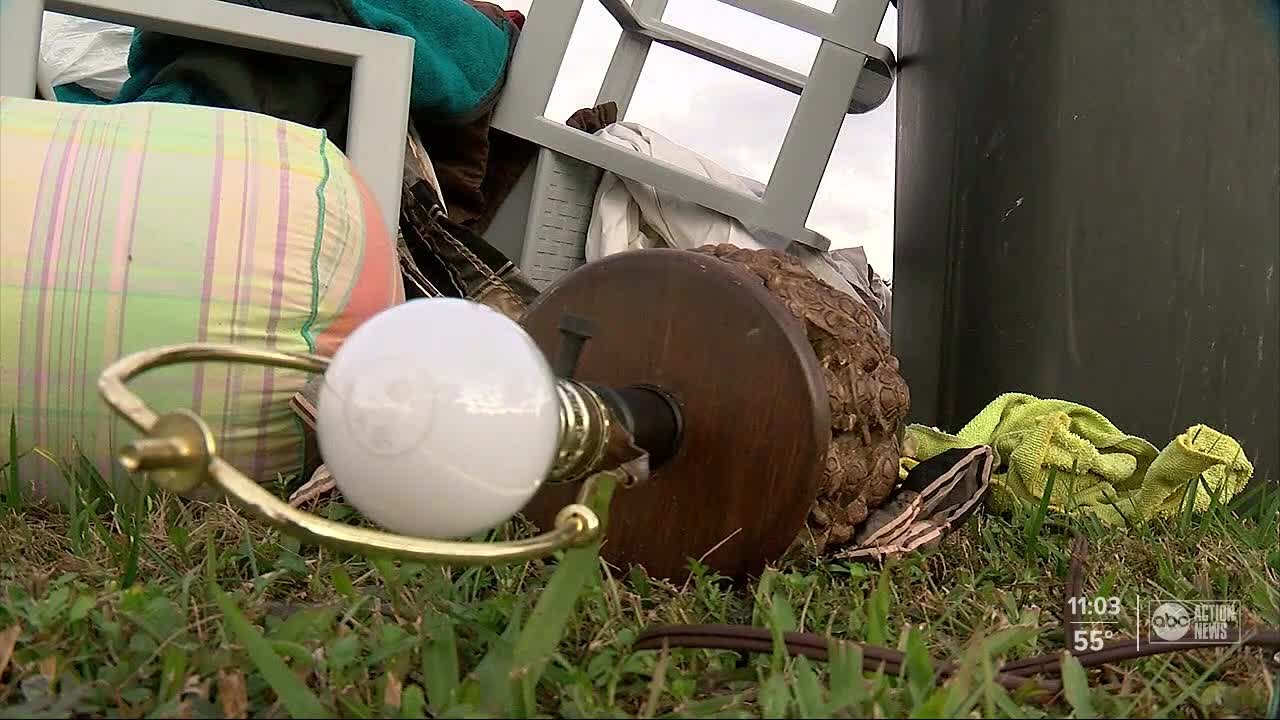 Stephanie Poyner is sick of seeing trash piling up in public places around her South Tampa community. 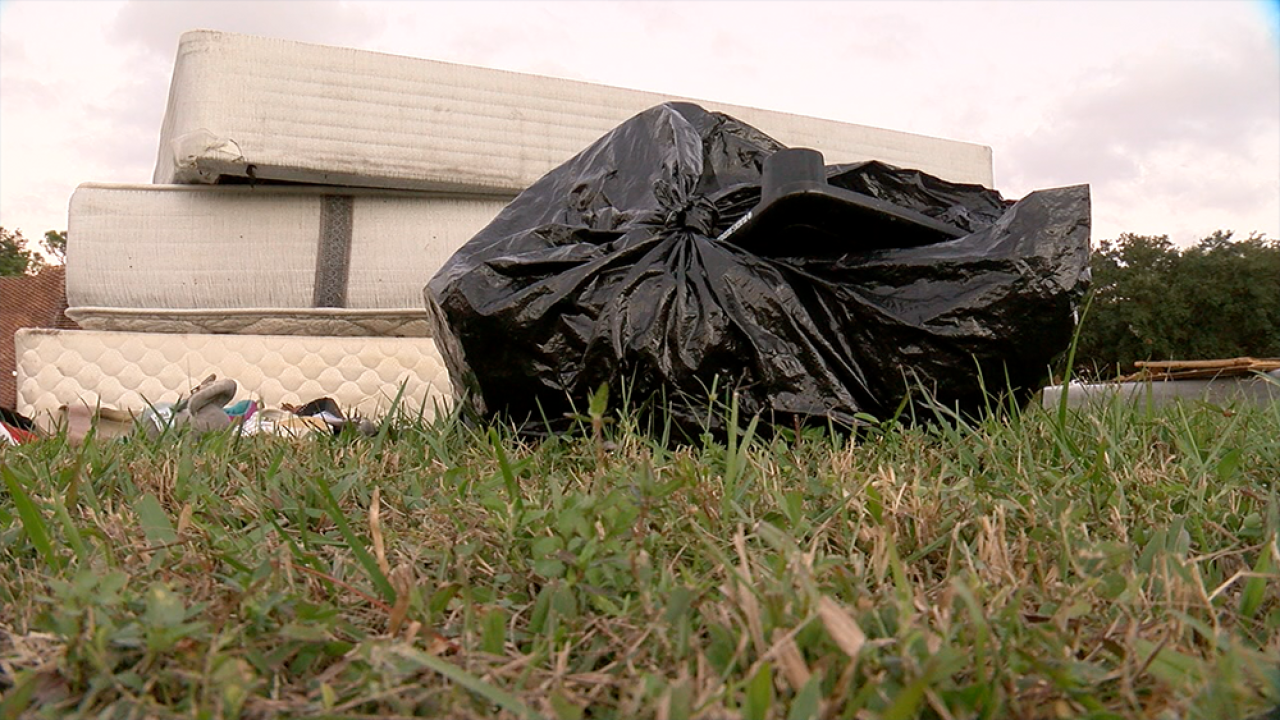 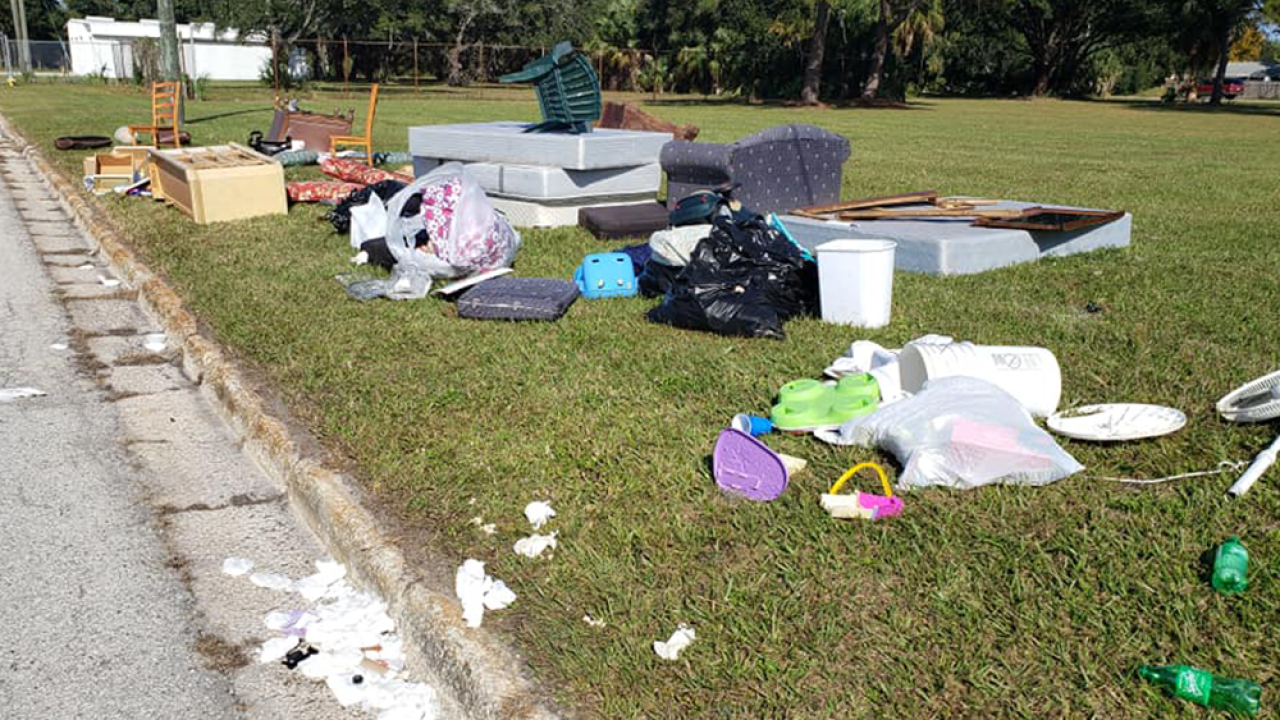 TAMPA, Fla. -- Stephanie Poyner is sick of seeing trash piling up in public places around her South Tampa community.

"It doesn’t do anything for property values, that’s for certain and it makes people not want to live down here," said Poyner.

Mattresses, dresser drawers, toys, clothing and children's shoes have been dumped in an open field along South Trask Street near McCoy Street.

"What’s sad about it is there are stuff out here that could have been given to charity versus throwing it in the garbage and it’s really simple to get a pickup. Or all of these things could of went to the dump for free."

Poyner reported the mess on the City of Tampa's mobile app with the hopes code enforcement or police can track down who is responsible.

City of Tampa residents can dump their large items at the McKay Bay Scalehouse, located at 114 South 34th Street.

Deputies say Alexis Grenena and Orestes Viera tried ditching old, wooden fencing behind a shopping plaza but were caught in the act. Both men face felony charges for littering.

HCSO received a call about a suspicious car loaded w/ old fencing in behind a shopping plaza. When the suspects saw HCSO, they immediately fled in the car but were quickly caught. Alexis Martinez Grenena (2/24/86) & Orestes Paino Viera (5/6/66) were arrested for illegal dumping. pic.twitter.com/axiIV8H2HZ

Poyner hopes the same happens to the person responsible for the mess in her neighborhood.

"They should be prosecuted," said Poyner. "It shows that they don't care about our community."