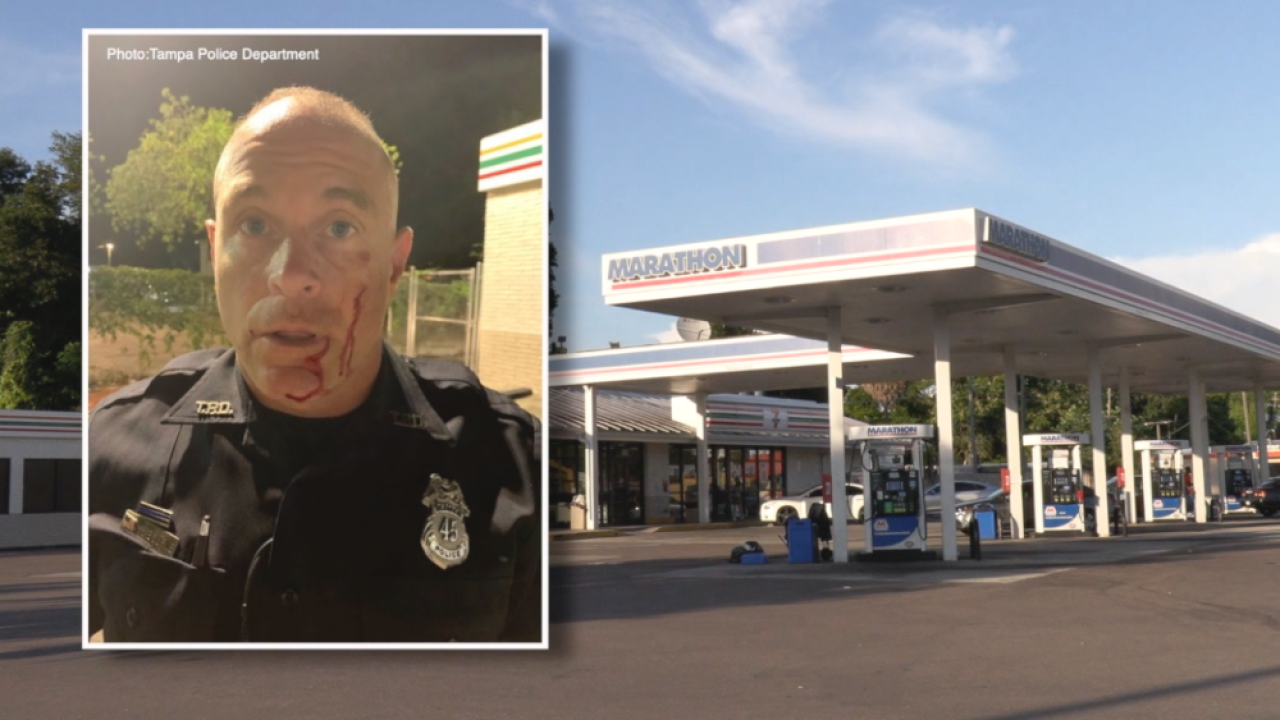 Police officers responded to North 15th Street and East 26th Avenue near Ybor City around 1 a.m. on Saturday. Hundreds were gathered at the intersection.

Police responded to a call about shots fired and a possible victim. When police arrived, they could not locate a victim.

"It's an ambush. I have no other way to describe it. When there are that many people out there and clearly no one had been shot. It was just a set up to get the cops there," said Police Chief Brian Dugan.

Chief Dugan said the large crowd became aggressive and they threw bottles and glass at officers. They also jumped on police vehicles.

Two officers were injured, but are expected to be OK.

Police arrested one man for resisting with violence, failure to obey a lawful order and violation of probation.

"There have been some violent acts. People are acting out. They think they can get away with doing whatever they want toward the cops. We're going to use the necessary force to take people into custody. I think that's what people need to understand," said Chief Dugan.

Early Monday morning, officers were dispatched twice to a 7-Eleven on Hillsborough Avenue and Nebraska Avenue regarding someone stealing items from the store.

The suspect was gone before they arrived. At 2:15 a.m., the officers responded a third time.

The officer received multiple cuts and abrasions to his face, but he is expected to be OK.

Chief Dugan said he will not tolerate violence against his officers.

"The police, we always have everyone's back. Nobody has ours right now and that is what I think is missing here," said Chief Dugan. "The cops are not going to lie down. We're going to go out there and do our job, but we're being really careful."