Plant High coach facing 6-week suspension, says he helped student-athlete who had 'no place to go' 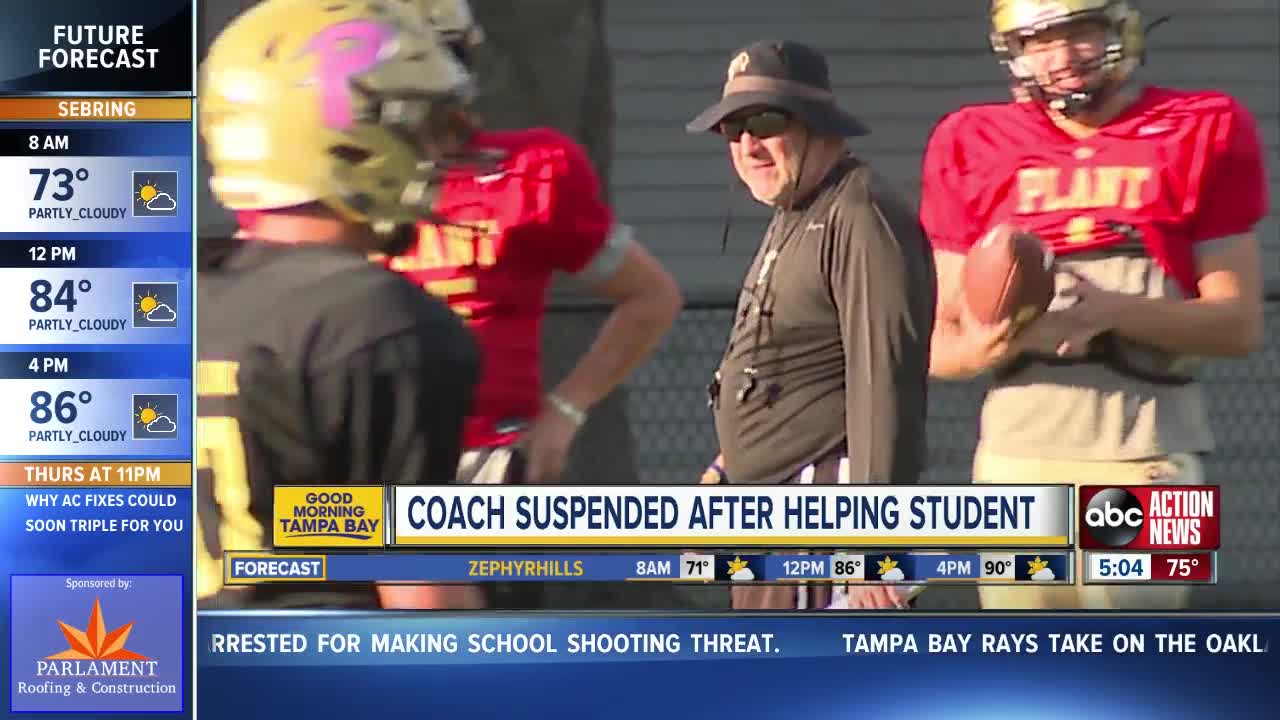 Robert Weiner is facing a six-week suspension after the school self-reported a pair of violations. 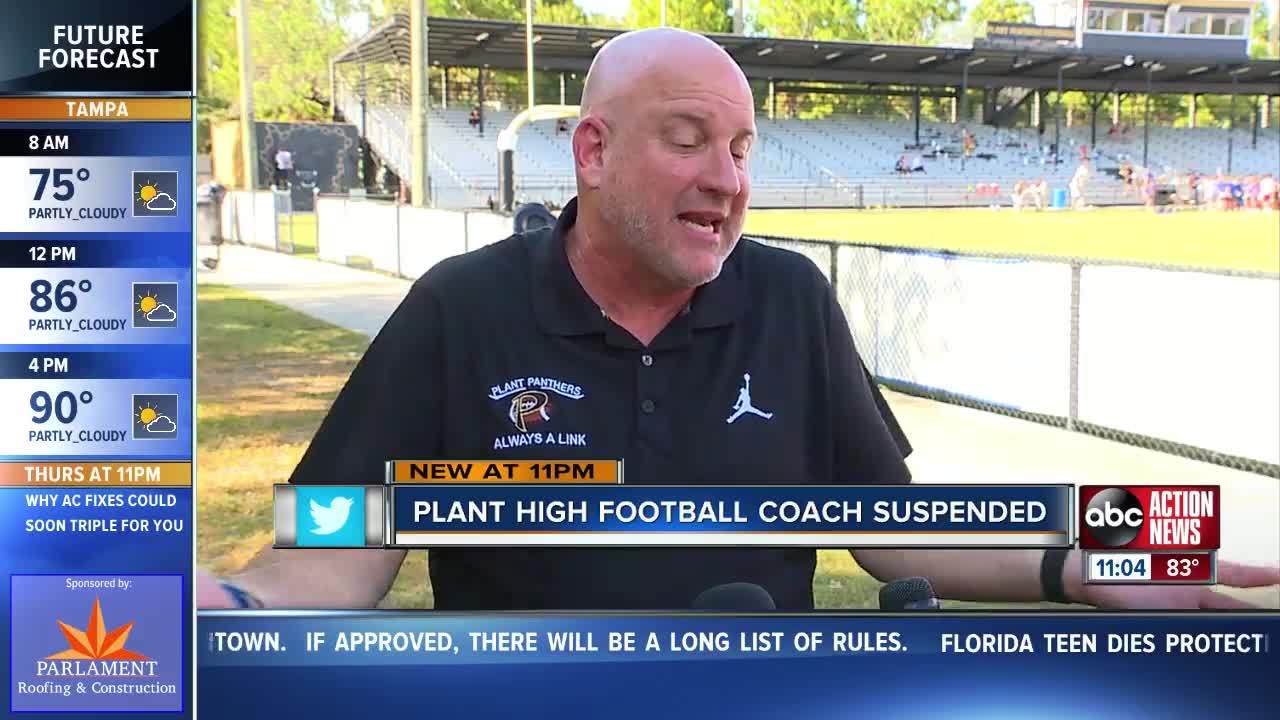 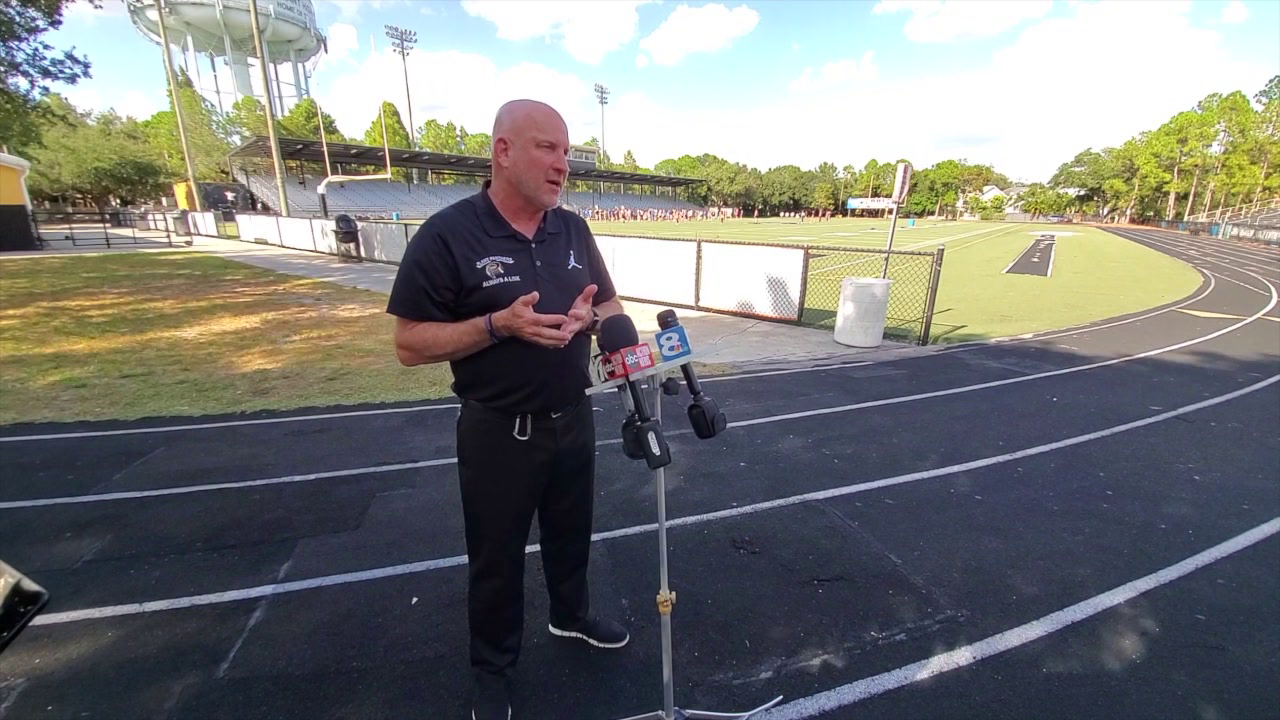 According to the Florida High School Athletic Association, Plant self-violated policies 36 and 37. According to FHSAA's handbook, Policy 36 is related to athletic recruiting and 37 is in relation to improper contact with a player.

"The story is actually very simple," said Weiner. "There was a child in need and we answered the call."

Speaking to the media on Wednesday, Weiner outlined how he stepped in to help a student-athlete who he says had no place to go.

That player, who only practiced with the team, moved to Tampa from out of state. When his elderly caretaker could no longer look after him, Weiner put him up with a former Plant High parent, where he still lives today.

"My only thought was at that time was let’s find a place for this kid and let’s get him in a safe and healthy environment."

According to the Florida High School Athletic Association, that is a violation. Coaches are not allowed to make living arrangements for players.

Weiner said that player was already ineligible to play this season as he is not living with a legal guardian.

"Is this a case where we say, man this kids is so good let’s break every rule so we can get him out there, that obviously wasn’t the case," said Weiner.

Weiner's suspension comes as the 0-5 Panthers get ready to host Steinbrenner, who is 5-0.

Weiner also faces a $5K fine but hopes to get his suspension and fine lifted when he argues his case next week in front of state athletic officials.

"I can also stand here and honestly say, without any question, that we did not violate the educational, athletic spirit and philosophy," said Weiner. "What we were trying to do was to help a young man and there might have been a better way to do it."

"We have seen the impact Coach Rob Weiner has on our student-athletes. For many years, he has changed students’ lives and their trajectories through the relationships he builds with students and their families. We understand and recognize the FHSAA has clear rules and has determined that this was a violation. We know Coach Weiner will continue to make a significant impact on our students."