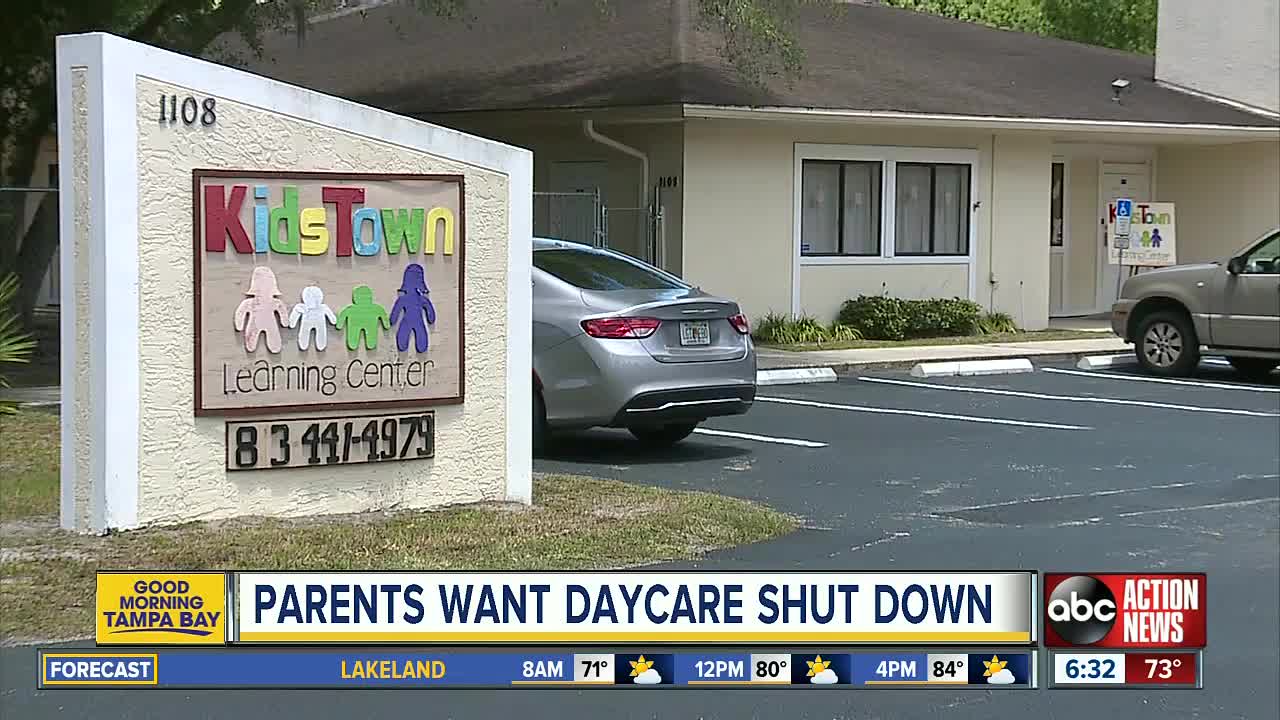 Investigators are looking into allegations that Plant City daycare owners are abusing children. 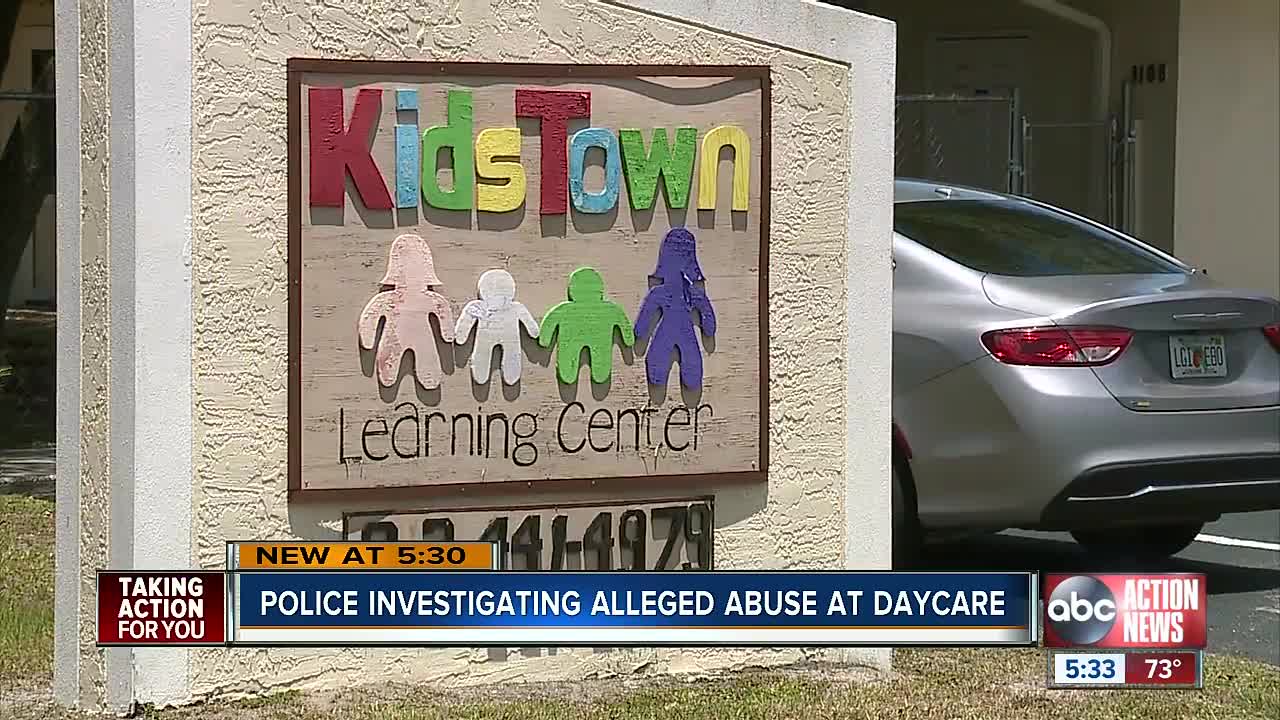 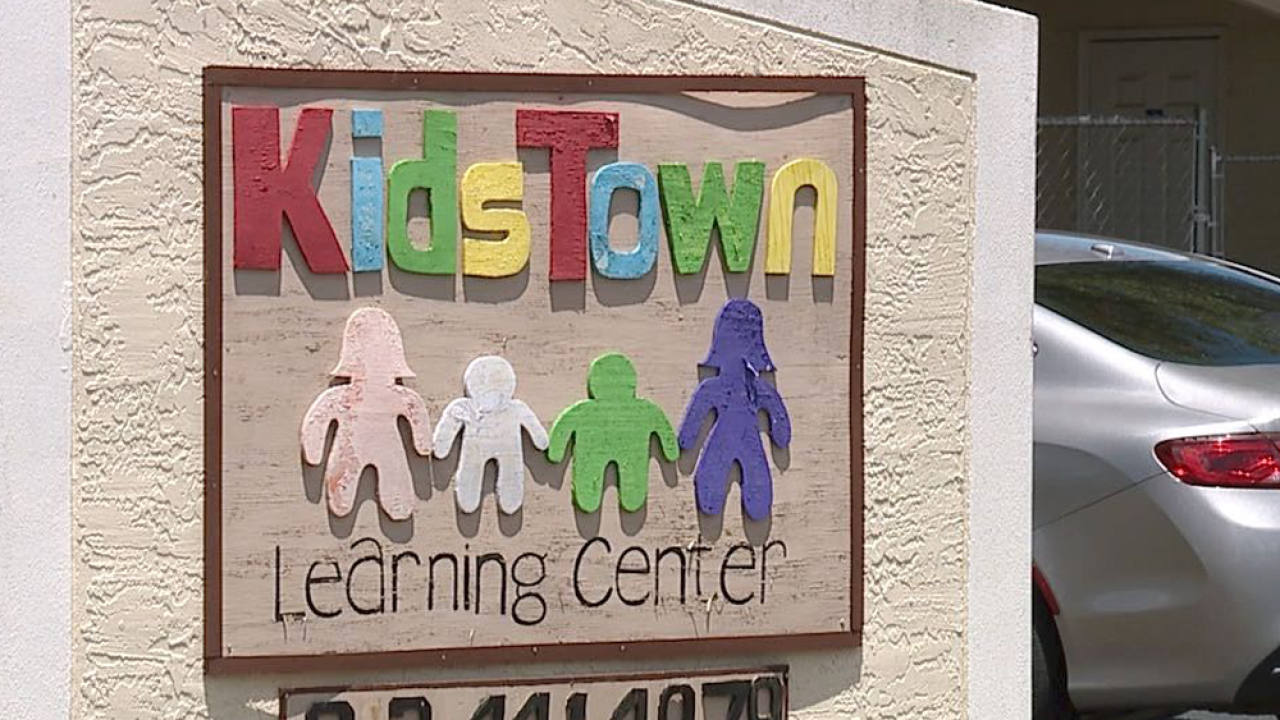 Editor's Note: An investigation into the daycare by the Hillsborough County Sheriff's Office cleared the daycare of any wrongdoing as of July 2019.

Christain Godwin says she took her two sons out of Kids Town Learning Center after they continuously came home with bruises around their ankles, arms and buttocks.

“It’s gotten to the point where it’s made me sick to my stomach,” Godwin said.

She said her children attended the daycare starting in December.

It wasn’t until April that a daycare employee came forward to report the alleged abuse, telling Christain one of her sons had been spanked.

“When she whipped him, physically whipped him, I was like you know what I’m done you are not going back there,” Godwin said.

Godwin showed ABC Action News bruises she says are from her 2-year-old being held down during nap time.

“He has marks on his ankles where they held him down,” she said.

The Department of Children and Families were notified when Haley King, a former employee at Kids Town Learning Center, reported the abuse she was seeing.

King had been working at the daycare for just over a month.

“I noticed the yelling the first couple of days I was there and it kind of escalated into them physically harming the kids,” King said.

ABC Action News spoke with nearly a dozen other parents with similar claims.

On top of that, we looked at the DCF's website, which publicly reports violations committed by providers around the state.

Since Kids Town Learning Center opened in September of 2018, the daycare center has been in violation of multiple things. Including not giving employees background checks, not having enough supervision, leaving children alone and rodents.

The center’s most recent violation was in March for physical punishment. The county cited Kids Town Learning Center and fined them $500.

ABC Action News tried to contact the owner, Abdel Ahmed, but no one answered the door of the center and when we called they hung up on us, refusing to comment.

“I’m scared for the kids that are still there,” Haley King said.

Parents say they not only want to make other parents aware about potential abuse, but also urge officials to shut the center down.

“I think they are highly in danger,” Christain said.