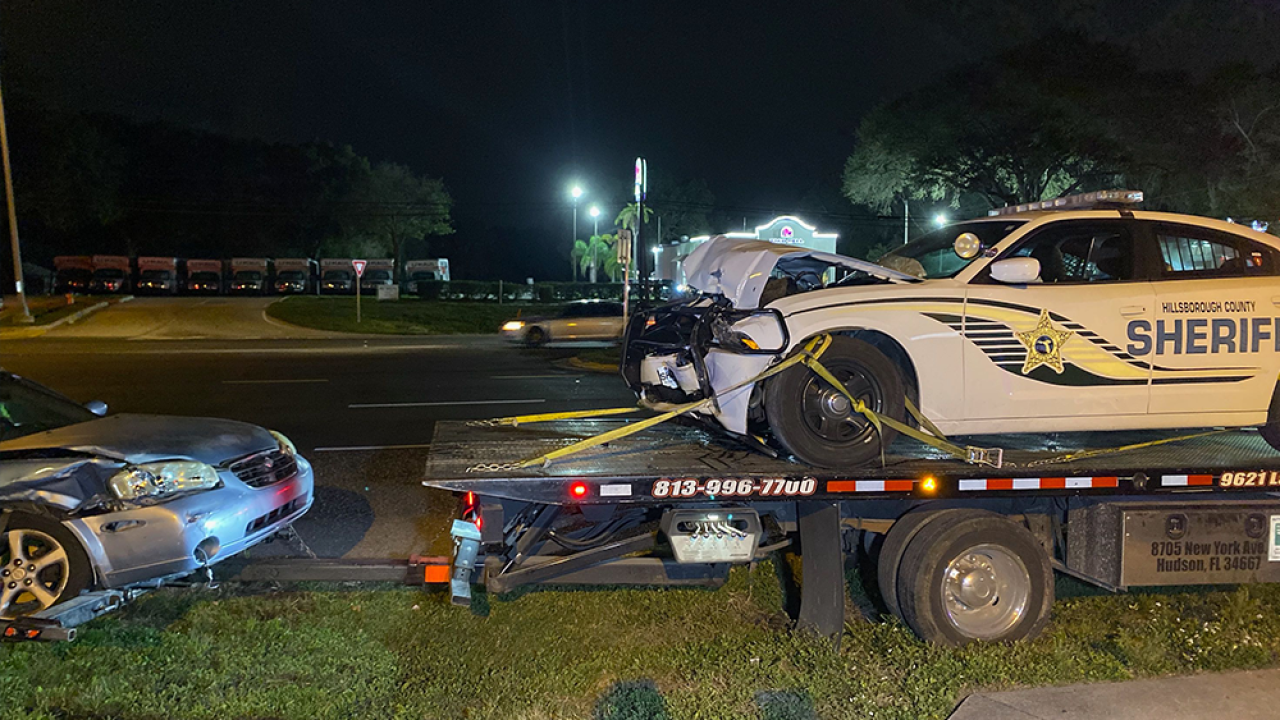 VALRICO, Fla. -- A crash involving a deputy is under investigation in Hillsborough County Friday night.

According to the Hillsborough County Sheriff's Office, a person hit an HCSO patrol car while pulling out of a Taco Bell at 2201 FL-60 East in Valrico.

HCSO said the crash caused minor injuries but "not by the crash itself."

Deputies did not say how many people were hurt. HCSO also did not specify if it was the civilian or the deputy that got hurt.

Officials did not say if the driver is facing charges.

Story developing, refresh for updates. ABC Action News' crew is heading to the scene to bring you the latest.