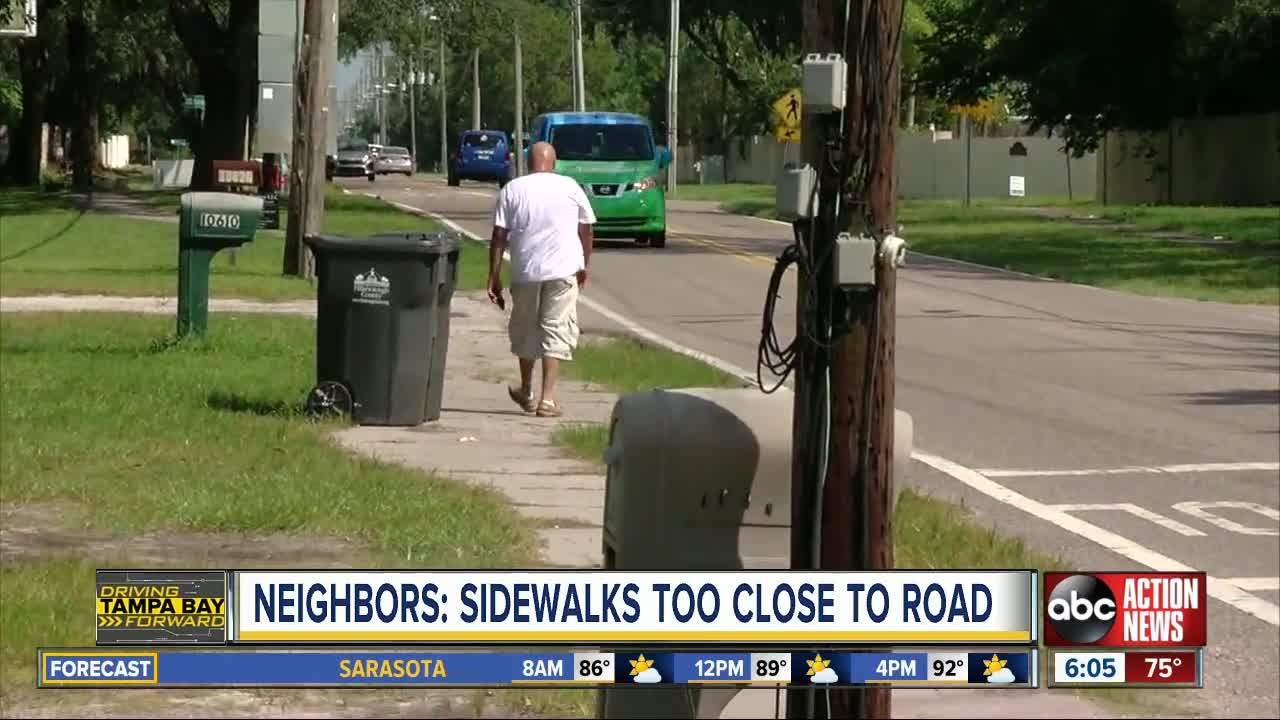 Neighbors in the Citrus Park area are sounding off over a sidewalk they say hugs a busy road. 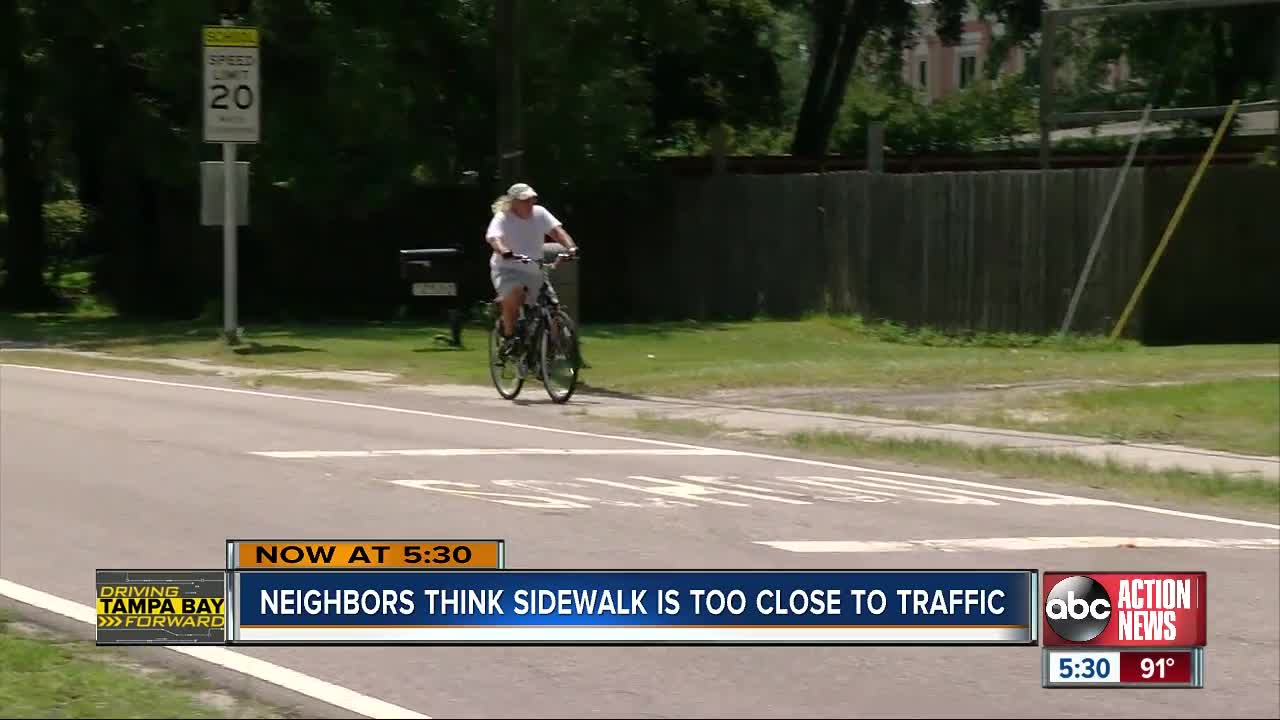 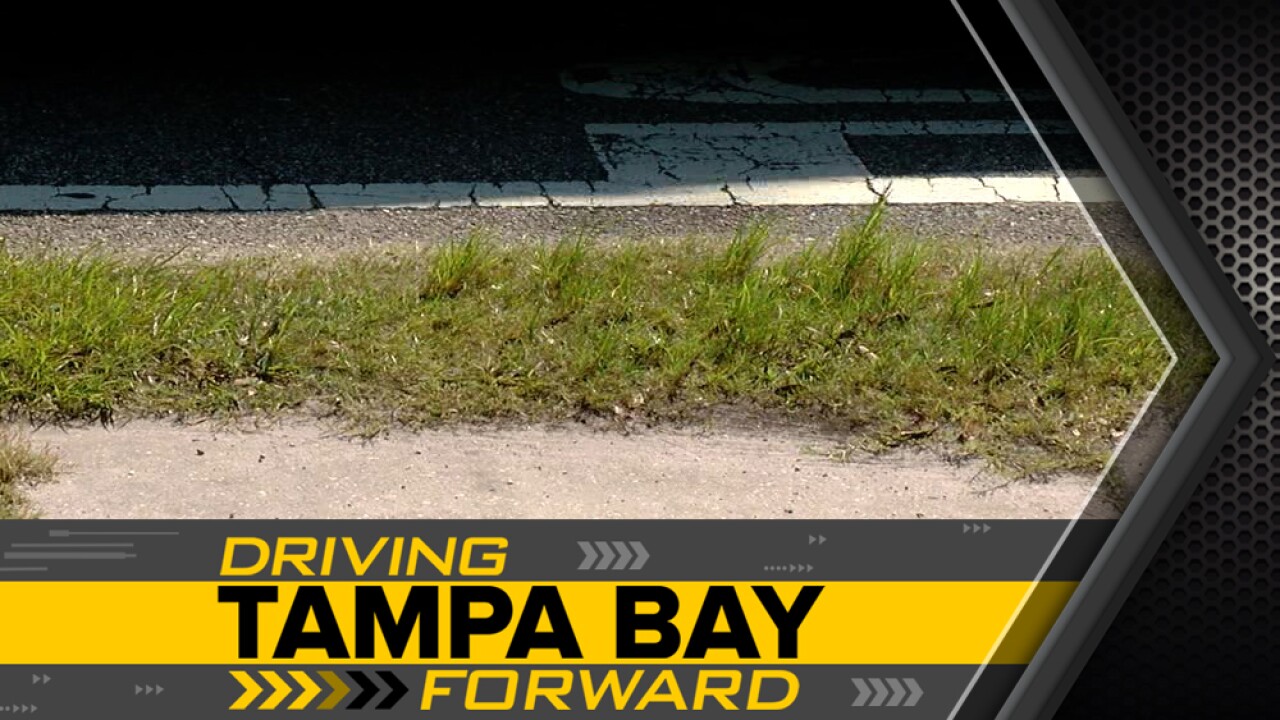 TAMPA, Fla. — Neighbors in the Citrus Park area are sounding off over a sidewalk they say hugs a busy road. They reached out to ABC Action News because of our mission to Drive Tampa Bay Forward.

Nicholas Miguel refuses to walk the sidewalk after the sun goes down.

“At night it’s kind of dangerous because you can’t see too well. There’s no light,” he said.

"10 years ago it was not this busy on this road as it is today,” Pratt said.

It’s why both men are concerned about the sidewalk and say it’s too close to cars. Pratt says it’s also not well maintained — cracks in the concrete have caused it to crumble over time and because the road is narrow, he says bicyclists and pedestrians have to share.

"People are gonna be forced to use the road. It’s just very dangerous because there’s no shoulder whatsoever,” he said.

Hillsborough County officials say they just added a new crosswalk at Lynn and Henderson road as well as a new sidewalk on the corner for better handicap access. They also worked with the Hillsborough County Sheriffs Office to install "do not block" markings on the roadway so people in nearby neighborhoods aren’t trapped when the road is backed up.

Pratt and Miguel think the road should be widened or the sidewalk moved farther away to keep everyone safe.

Currently, the road is not on it’s 10-year re-engineering plan but the county says it plans on coming out during peak hours to reevaluate the road and sidewalk.

Two weeks ago transportation leaders with the Hillsborough County School District announced they want state lawmakers to overhaul the law defining a “hazardous walking condition” because they say it’s outdated and doesn’t match up with the growth many of these roads have seen lately.