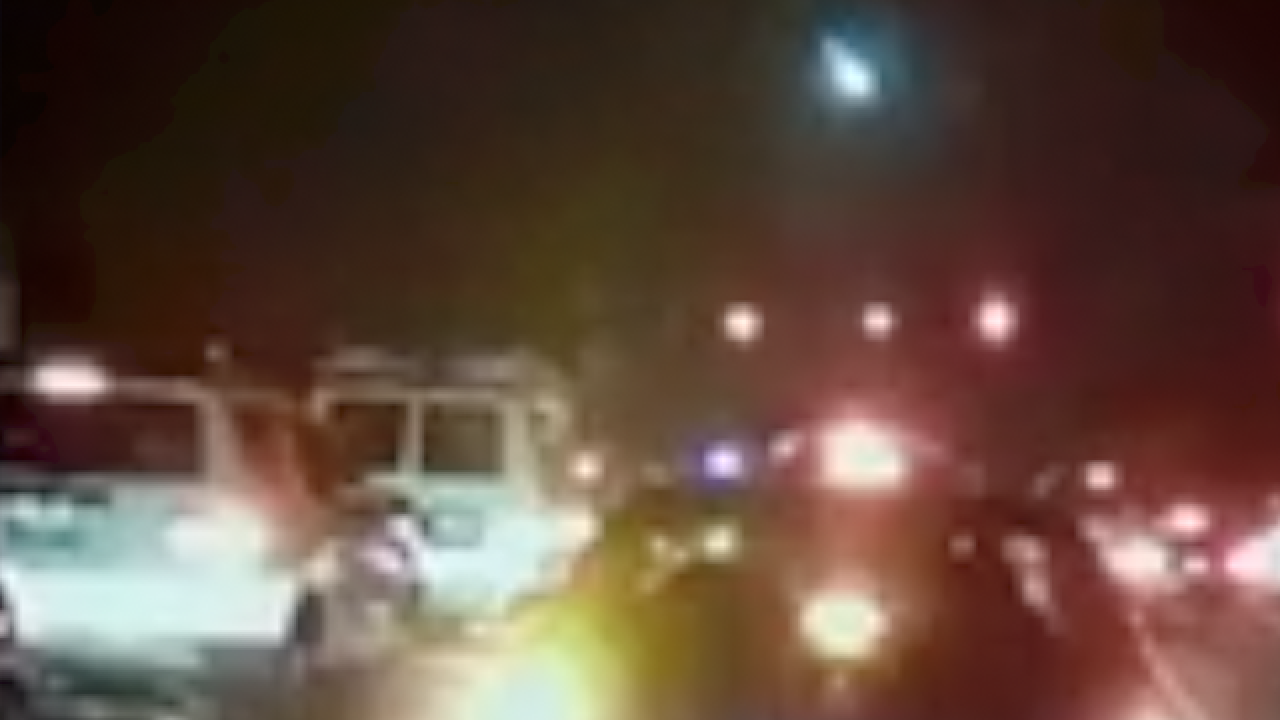 TAMPA, Fla. -- NASA confirms at least 60 reports of a fireball seen across Florida skies on Tuesday evening, just after the sun set.

Video captured on dash cam video shows the fireball falling near Little Road and 54 around 6:30 Tuesday.

A Riverview family also caught video of the fireball on their security camera outside their house.

The American Meteor Society, a non-profit scientific organization had at least 55 reports across Florida too.

To can see their interactive map here: click here.

According to NASA's website, fireballs are astronomical terms for bright meteors that are spectacular enough to be seen over a wide area.

NASA has a sky fireball network that shows a network of cameras set up by the Meteoroid Environment Office, they write that their goal is to observe meteors brighter than the plant Venus.

The network consists of 17 cameras with three of them in Florida.