The Hillsborough County Sheriff's Office is asking for the public's help locating a missing and endangered newborn.

TAMPA, Fla. — The Florida Department of Law Enforcement has canceled a Missing Child Alert for a 1-month-old boy, who was last seen in Tampa.

The Gadsden County Sheriff's Office and FDLE agents found the baby and his parents at a motel in Quincy, Florida near Tallahassee. The child was located unharmed and is now in state custody.

The Florida Missing Child Alert for Sage Cooper has been resolved. The child has been found safe. Thank you for sharing.

Deputies said Sage Cooper, who is just over a month old, was last seen in a residential community in Tampa with his mother, Kaitlynn Lovel, 25.

HCSO said earlier there is a court order pick up for Sage, and deputies believed the baby was with his mother, Kaitlynn. They believed Kaitlynn and Sage were traveling with Sage's father, David Cooper, 32, who has an active warrant for Failure to Appear for Domestic Violence and an out of state warrant for narcotics.

The newborn and couple were being sought by law enforcement from Illinois. When authorities saw on social media that the couple was in Tampa Bay, they contacted Hillsborough County Child Services. Their connection to the Tampa Bay area is unknown at this time.

The child was originally reported as missing and endangered before the case was upgraded to a missing child alert. 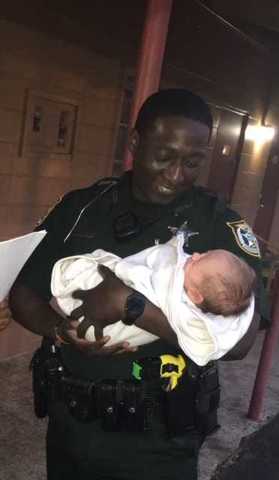 The child was located unharmed and turned over to the custody of The Dept. of Children and Families. The father, David Cooper was taken into custody on outstanding warrants and remains in the custody of the Gadsden County Sheriff's Office. Possible charges are pending on the child's mother, Kaitlynn Lovel. 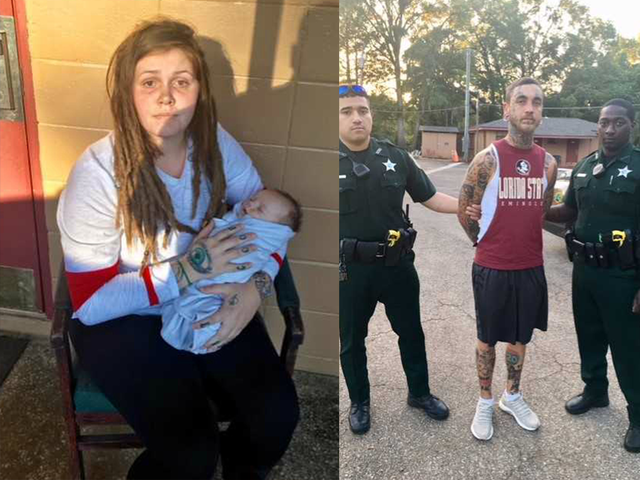