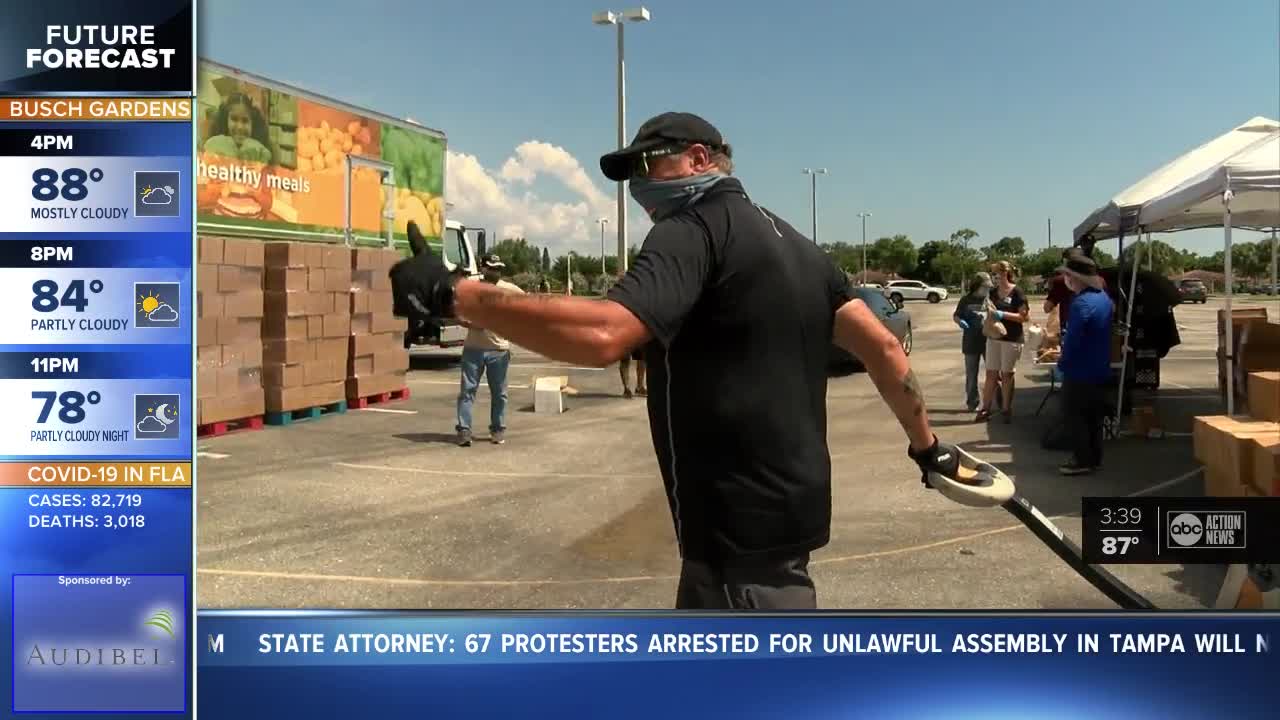 Feeding Tampa Bay is preparing to launch their sixth mega pantry, and military vet and cancer survivor, Chris Brewer, will be in charge of five of them. 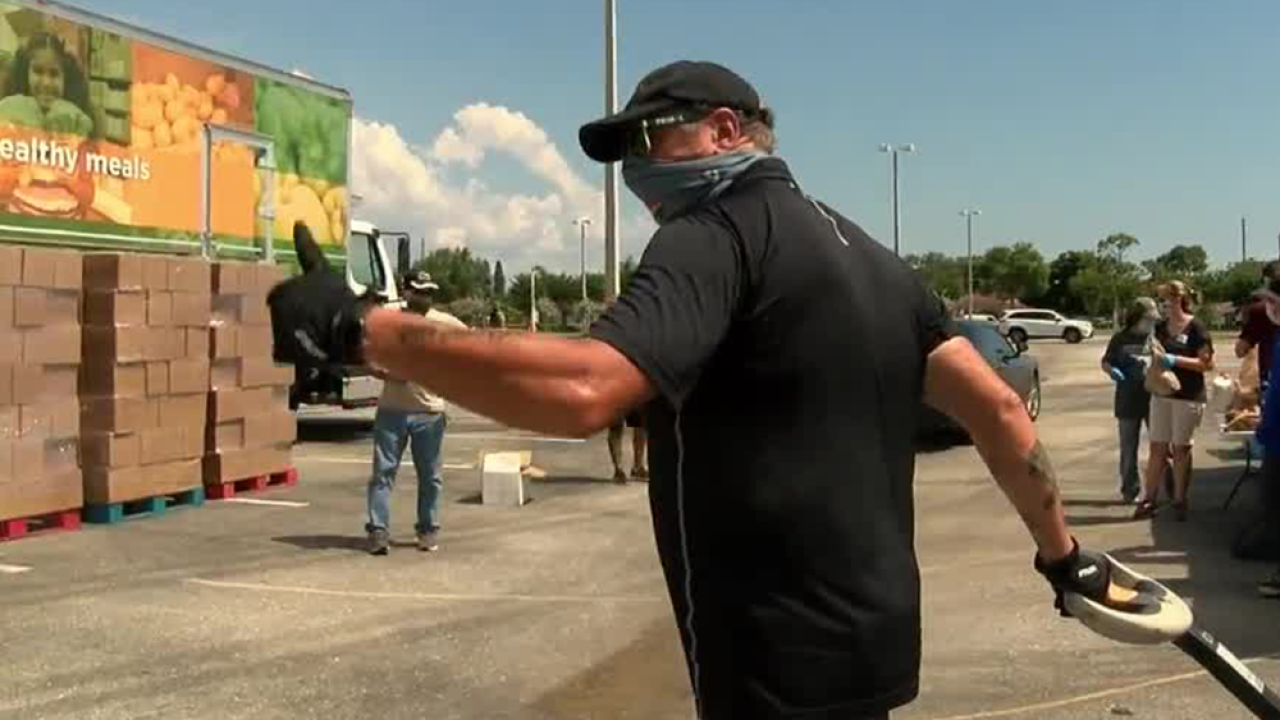 TAMPA, Fla. — Feeding Tampa Bay is preparing to launch their sixth mega pantry, as they are now serving more meals than ever before.

Inside the Feeding Tampa Bay warehouse, Chris Brewer just isn’t packing up boxes of food for his hometown, he’s packing up hope.

“This is a dream come true for me, to come back and make an immediate difference in our community, I wish it wasn’t in times like this,” said Brewer.

Brewer knows about leadership and dedication, he served in the United States Air Force for 20 years, when, like a lot of people of today, he was hit with some devastating and unexpected news.

“I got testicular cancer, met a man at the time in San Antonio named Lance Armstrong who was diagnosed two weeks before me who told me about this little project he started and that got me in the non-profit world,” said Brewer.

When the pandemic hit, Brewer began working with Feeding Tampa Bay, and within six weeks, he was leading dozens of volunteers at five of their six mega pantries.

“For me, it was a great opportunity to apply my non-profit skills, my military logistic skills, and apply it for the greater good,” said Brewer.

From directing traffic, to unloading the truck, there is no task too big or small for Brewer. During a three hour span, they could load supplies into 1,500 cars.

“It’s a way to get a lot of food, to a lot of people, in a short period of time,” said Brewer.

He tries to instill in the volunteers a sense of pride. This is their community and it’s their responsibility to do their part.

“We are open to serving every person from every demographic and we are honored to do it,” said Brewer.

For a list of mega pantry locations and times, as well as how to volunteer or donate, go to www.feedingtampabay.org.