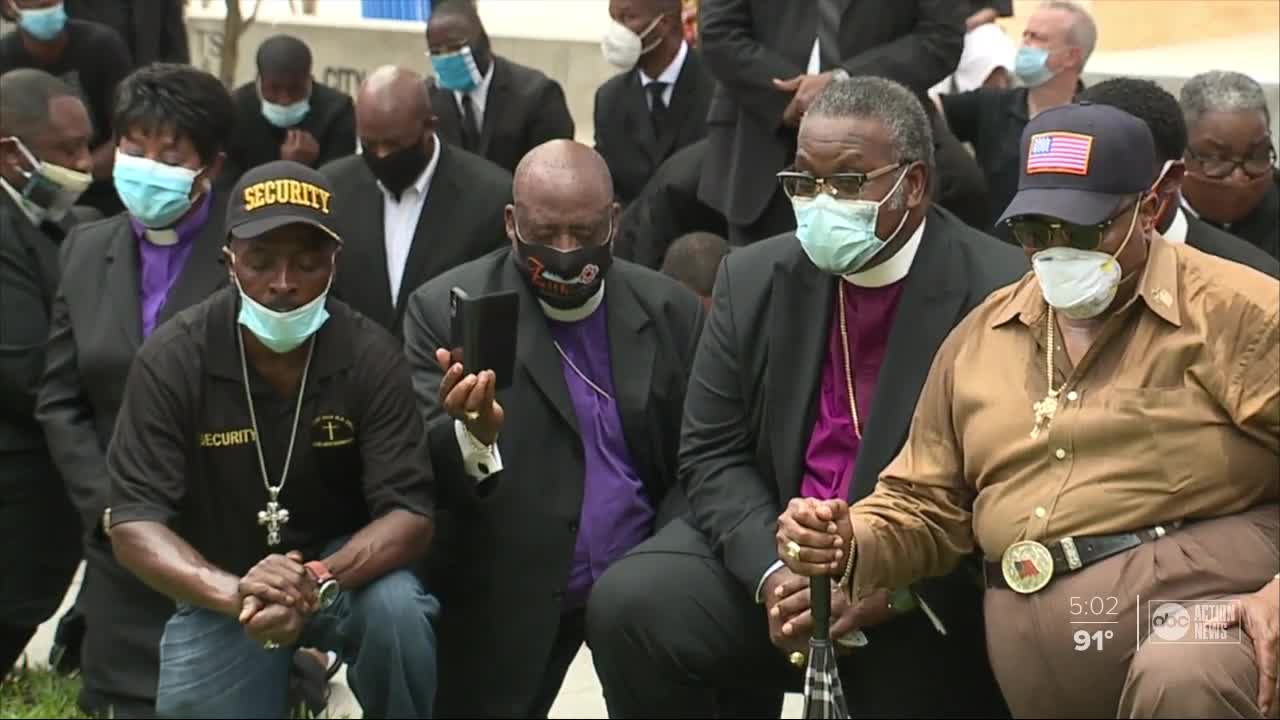 A local community kneeled and prayed together in the wake of George Floyd's death and a weekend of protests that followed after. 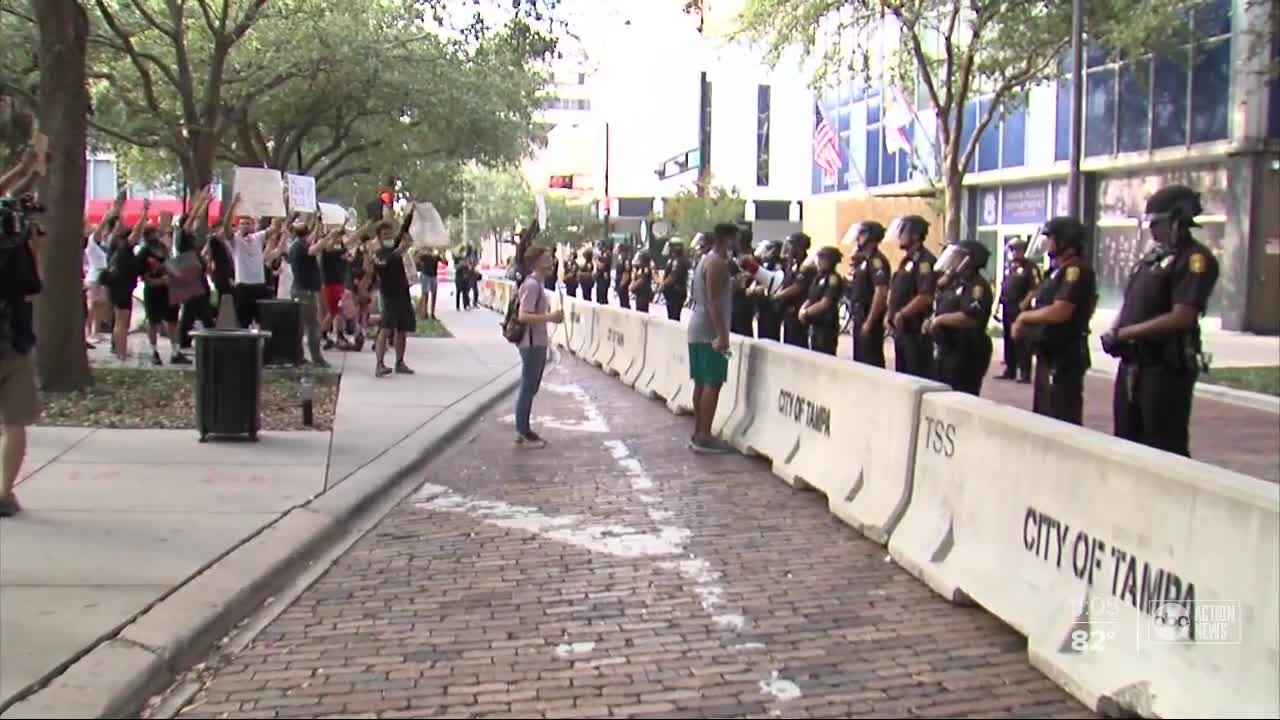 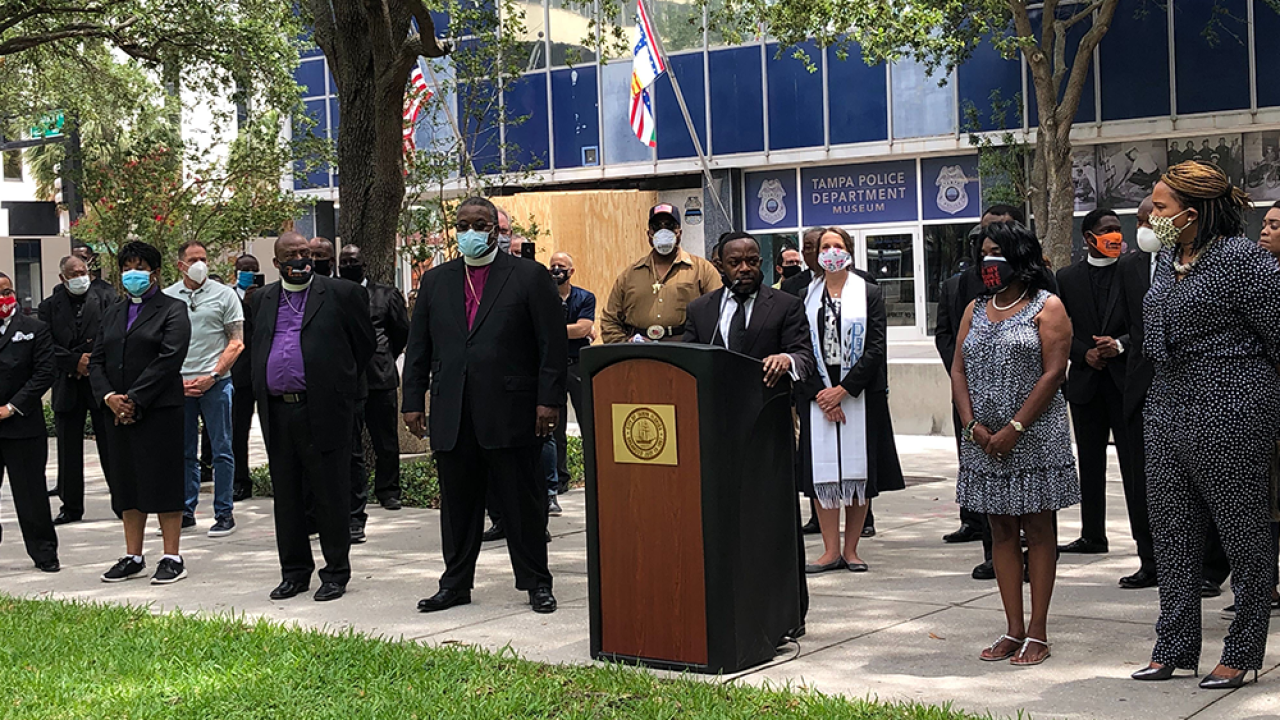 Tampa Mayor Jane Castor attended a prayer demonstration on Monday in the wake of protests across the nation following the death of George Floyd.

Castor was joined by local pastors and elected officials in front of Tampa Police Headquarters at Lykes Gaslight Park.

RECOMMENDED: Police in Florida, protesters come together to pray

The mayor said prior to the event that the public is encouraged to come out and join together in prayer at the event.

The event comes one day after the city implemented a 7:30 p.m. curfew and the National Guard was activated.