A man accused of shooting and killing his girlfriend and her 10-year-old son after an argument started when he changed the channel to watch football has been charged with murder.

TAMPA, Fla. — A man accused of shooting and killing his girlfriend and her 10-year-old son has been charged with murder.

Tyrone Johnson, 42, called 911 Sunday night, shortly before 7 p.m., stating he had shot his 34-year-old girlfriend, Stephanie Willis, and her 10-year-old son, Ricky Willis, inside their apartment at the Mariner's Cove apartment complex in Tampa, according to an arrest affidavit.

The arrest report states that the shooting stemmed from an argument when he changed the channel to watch football.

After arriving and finding both Stephanie and Ricky dead inside the apartment, Johnson was taken into custody for questioning.

During that time, Johnson told deputies after he got into an argument with his girlfriend about changing the channel to watch football. He told investigators he went into their bedroom to pack his things and called his father, who lives in South Carolina, to come and get him in the morning. Johnson said that is when Stephanie pushed him off of his "knee roller" and caused him to fall to the ground next to the bed.

While on the ground, Johnson said he armed himself with a Glock 22 handgun and began shooting at Stephanie who had a PlayStation in her hands. Soon after, Ricky came into their bedroom and he began shooting at him — even though "he was not in fear of him."

Deputies said despite Johnson's story, they found evidence that contradicted his story. When they questioned him about the new evidence they said Johnson stuck with his original story.

October is Domestic Violence Awareness Month. If you or anyone you know is being abused there are several organizations in the Tampa Bay area available to help you.

The Spring of Tampa Bay

The Crisis Center of Tampa Bay

Johnson is charged with: 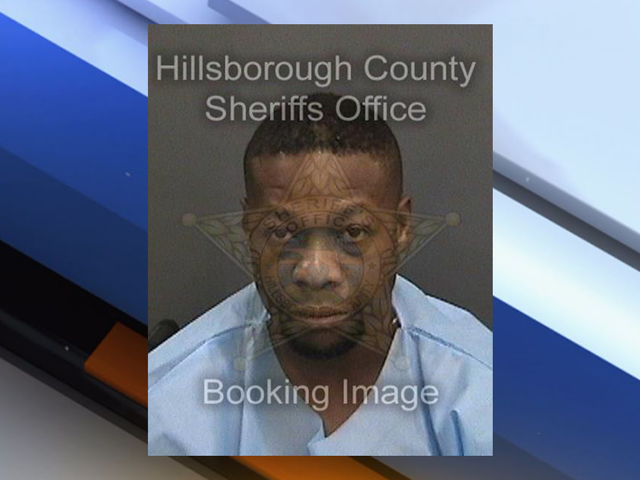