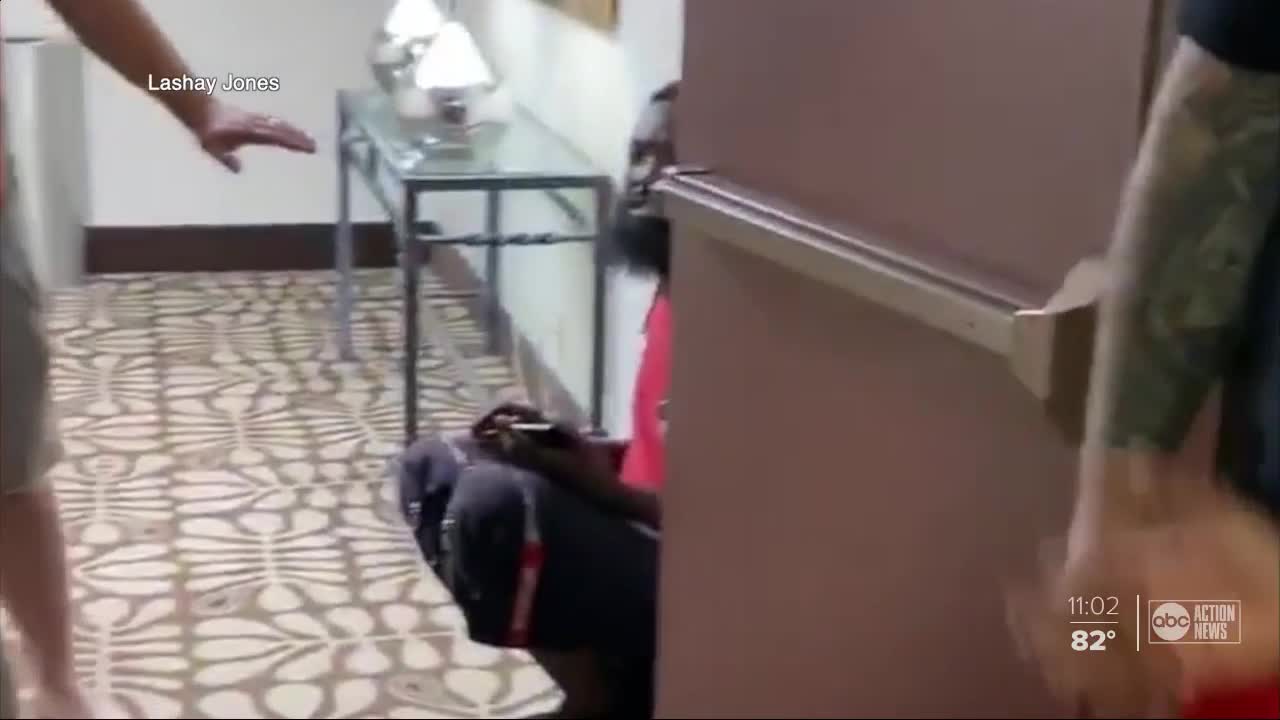 A North Carolina man is accused of breaking into a hotel room in Tampa and then trying a kidnap a 4-year-old. 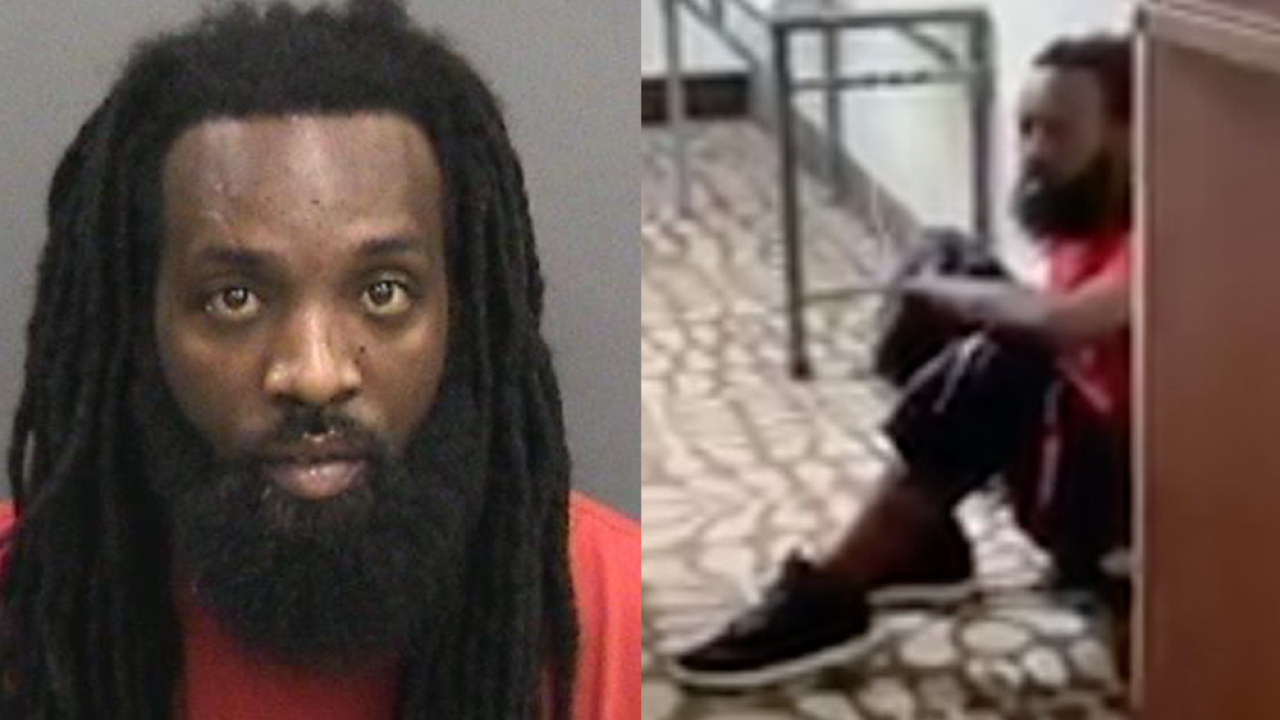 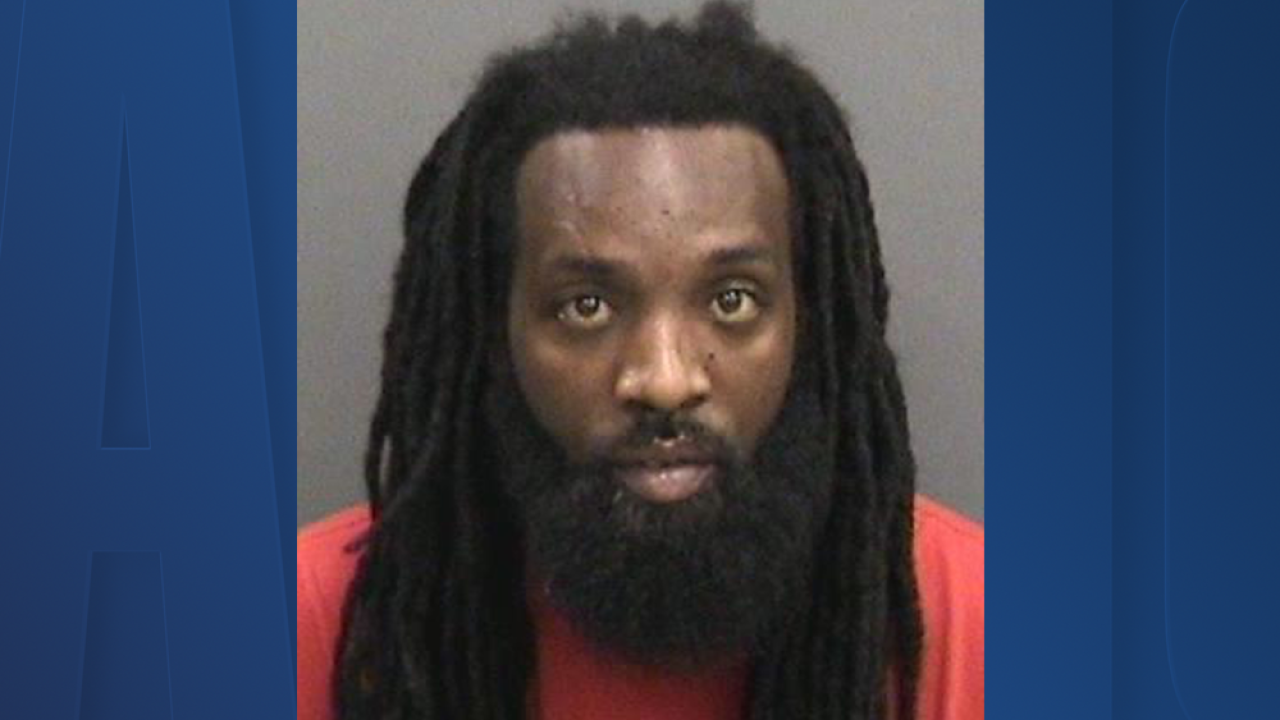 TAMPA, Fla. -- A North Carolina man is accused of breaking into a hotel room and then trying a kidnap a 4-year-old over the weekend.

According to the Tampa Police Department, 31-year-old Desmond Johnson got inside a Hampton Inn at 4817 West Laurel Street on Saturday night. Johnson broke into one of the hotel rooms and inside the room, there were three children sitting on a bed, TPD said.

The 31-year-old tried to grab a 4-year-old and the child's mother -- who was in the bathroom when Johnson broke in -- heard the children yell and she ran out to help, according to police.

Johnson and the mother began fighting for the 4-year-old child. Other hotel guests heard the screams so they opened the door and let the mother and her children inside for their safety. However, Johnson followed the four victims and began fighting with the guests from the other room, TPD said.

"She was very scared," said Lashay Jones, a hotel guest who recorded the aftermath of the tense confrontation Saturday night.

"You’re expected to be in a room, only you have access to that room and then a stranger just enters," said Jones.

Johnson then pulled the child into the hall as the mother was holding onto him. An off-duty deputy with Palm Beach County happened to be on scene so the deputy was able to intervene and hold Johnson until TPD officers arrived.

A spokesperson with the Palm Beach County Sheriff's Office tells ABC Action News, Corey Reece has been a deputy with the agency since October 2017.

"The Palm Beach County Sheriff’s Office learned today that one of our deputy’s, D/S Corey Reece, while off duty, was instrumental in saving a young child from being kidnapped. We are very proud of his quick actions and attention to what could have been a very volatile situation."

One witness recorded the tense moments after the alleged attempted kidnapping. The child's mother cries to a TPD officer, "He tried to kidnap my child. You can look at his shirt, I had to fight...I had my daughter in my hand." @abcactionnews pic.twitter.com/gfYq7cYIGH

Neither the mom nor the children were hurt, TPD said. TPD said Johnson and the mother didn't know each other prior to the incident.

Johnson was charged with two counts of burglary with battery and a count of attempted kidnapping.