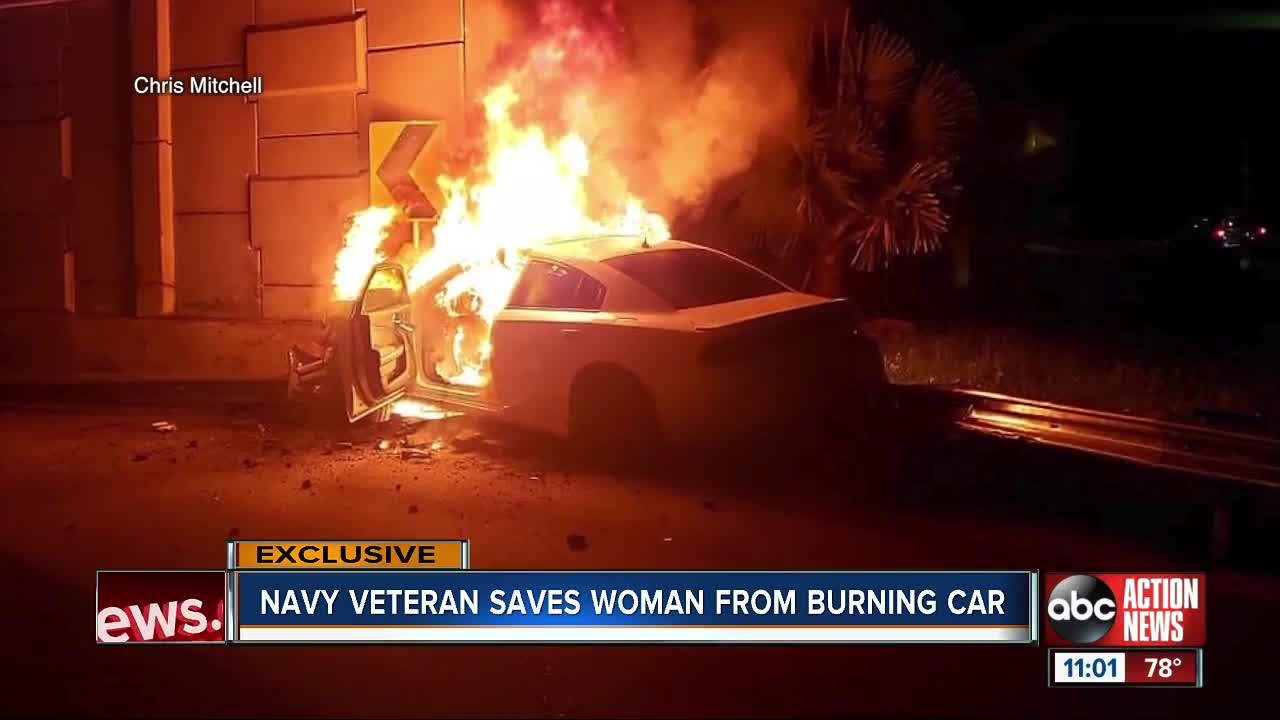 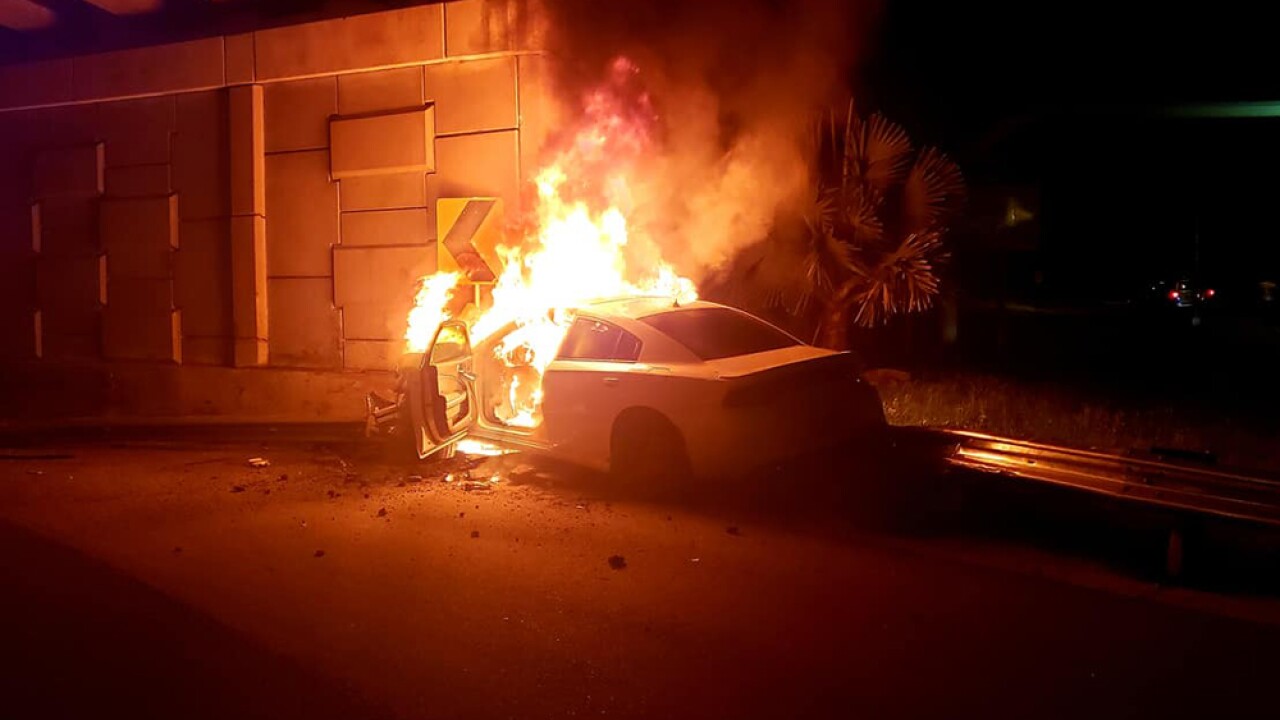 Early Saturday morning, while most people were fast asleep, a woman driving a 2018 Dodge Charger on the ramp from Memorial Highway to Independence Parkway crashed into a guardrail.

It happened just after 2 a.m. and the car burst into flames.

That's when a local good Samaritan came to the rescue.

U.S. Navy veteran Chris Mitchell describes pulling his car over, racing to the burning vehicle and pulling the woman out.

"If I hadn't been there in 20 seconds, she would have burned up," said Mitchell. "It was just natural instinct that I did that."

Mitchell says the woman wasn't breathing when he dragged her to safety. That's when he began a chest compression to revive her.

She eventually started breathing again and Tampa PD and paramedics arrived shortly after.

The driver, who was the only person in the vehicle, was taken to St. Joseph's Hospital. According to Mitchell, TPD later called him and said the woman was going to live.

"God is good... so glad I was at the right place at the right time to help this lady in need," Mitchell said.

It is unknown what caused the woman to crash into the guardrail at this time.

ABC Action News has learned, that intersection has seen three deadly crashes and 10 injury crashes since 2005, according to Metropolitan Planning Organization.