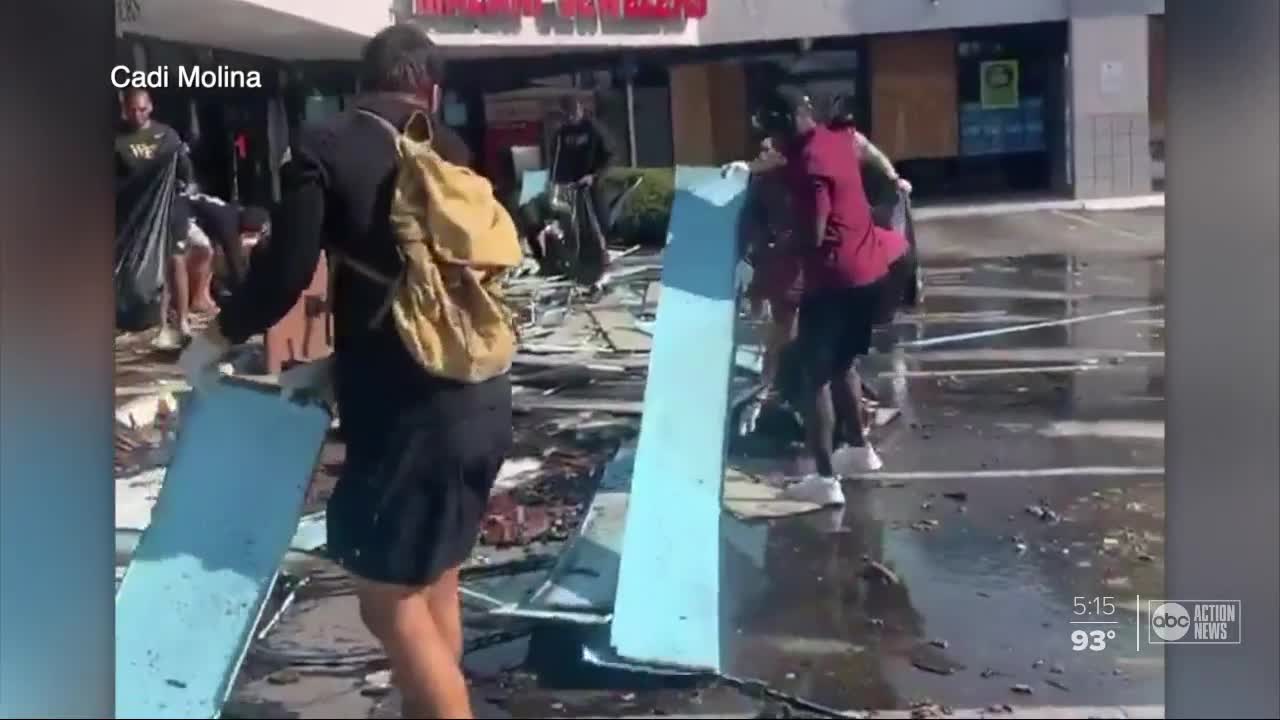 At a time where we are seeing so many images of violence and destruction a group of former and current football stars are doing good in our community. 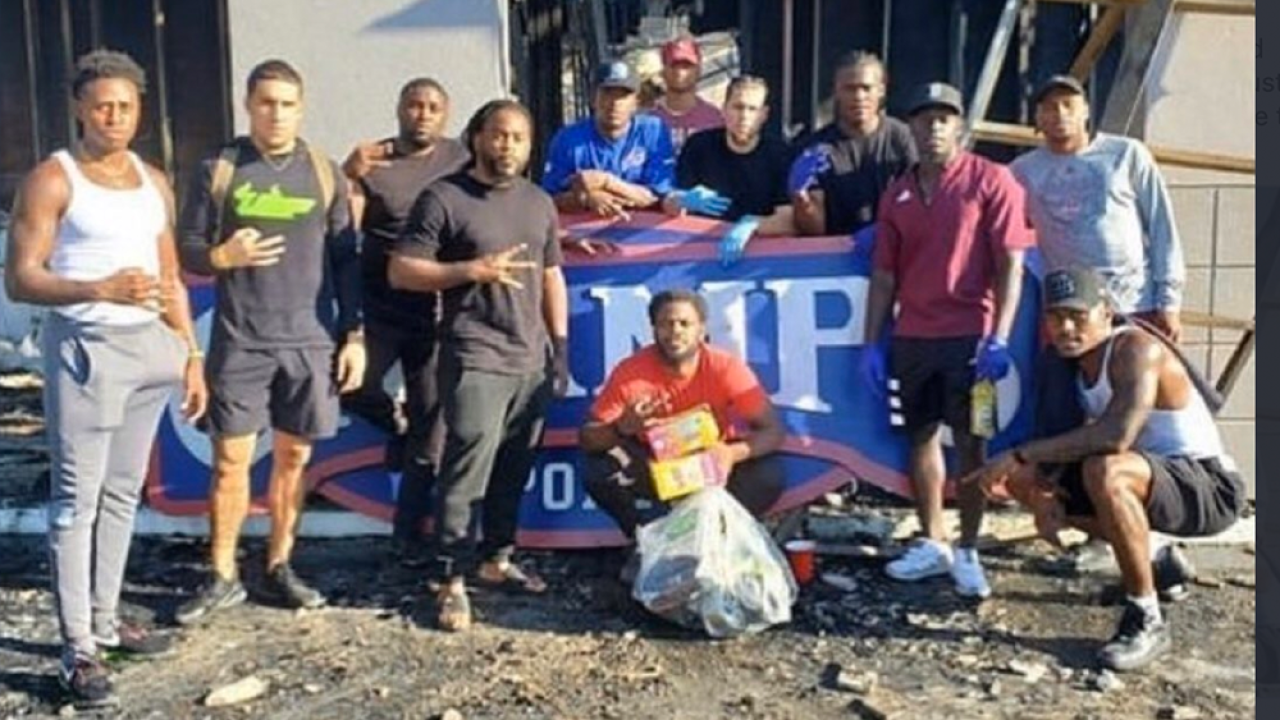 TAMPA, Fla. -- At a time where we are seeing so many images of violence and destruction, a group of former and current football stars are doing good in our community.

“They say you’ve got to start somewhere. Somebody gotta be a leader. Everybody want to talk about it. We gonna be about it," said James Everett.

A dozen young men from around Tampa are teaming up to clean up.

“We just wanted to shows them that even in the midst of all the negative. There’s still a lot of positives that can go on," said Markeis Leavette.

Levatte who played college football after growing up in Tampa helped organize the group.

When they got together, they focused on the debris at the burned down Champs Sports store on Fowler Avenue.

“A lot of people who are doing it are a lot of young kids who are misguided. There’s a lot of kids doing other things because they see other people doing it," said Leavette.

Champs was burned and looted Saturday night during protests over the death of George Floyd.

But former Sickles High School standout Cadi Molina says destroying these businesses is not the answer.

“We can’t burn down our own city. Our homes. This is where we live. I have a 1-year-old daughter. This is where she is going to grow up," said Molina.

Leavette said Tampa's black community has had issues with law enforcement and those need to be addressed.

"The city is tired of it. It’s upsetting. But burning things is not right. I won’t agree with that," he said.

The images of what they all did are getting attention.

The Mayors office already reached out. So did ESPN.

And they are ready to do more. The guys looking for any other places that might need work.