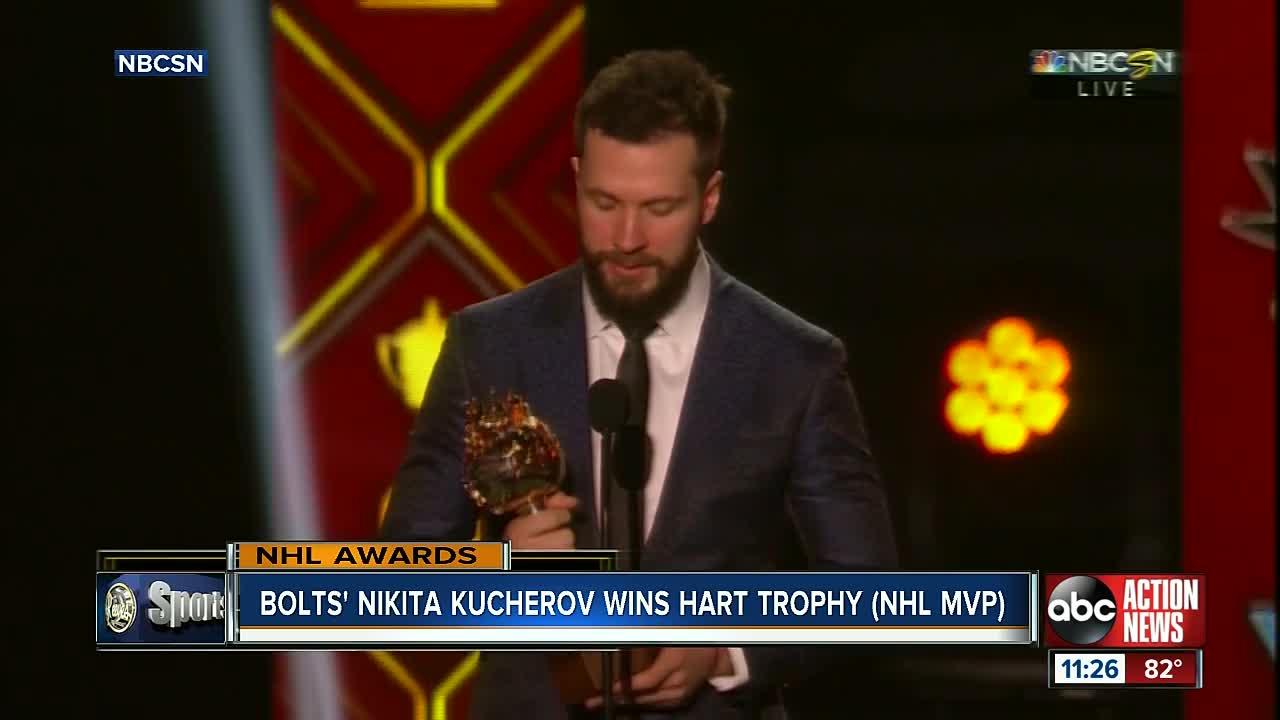 Kucherov is the second Lightning player to win the Hart trophy since Martin St. Louis, who won in 2004. 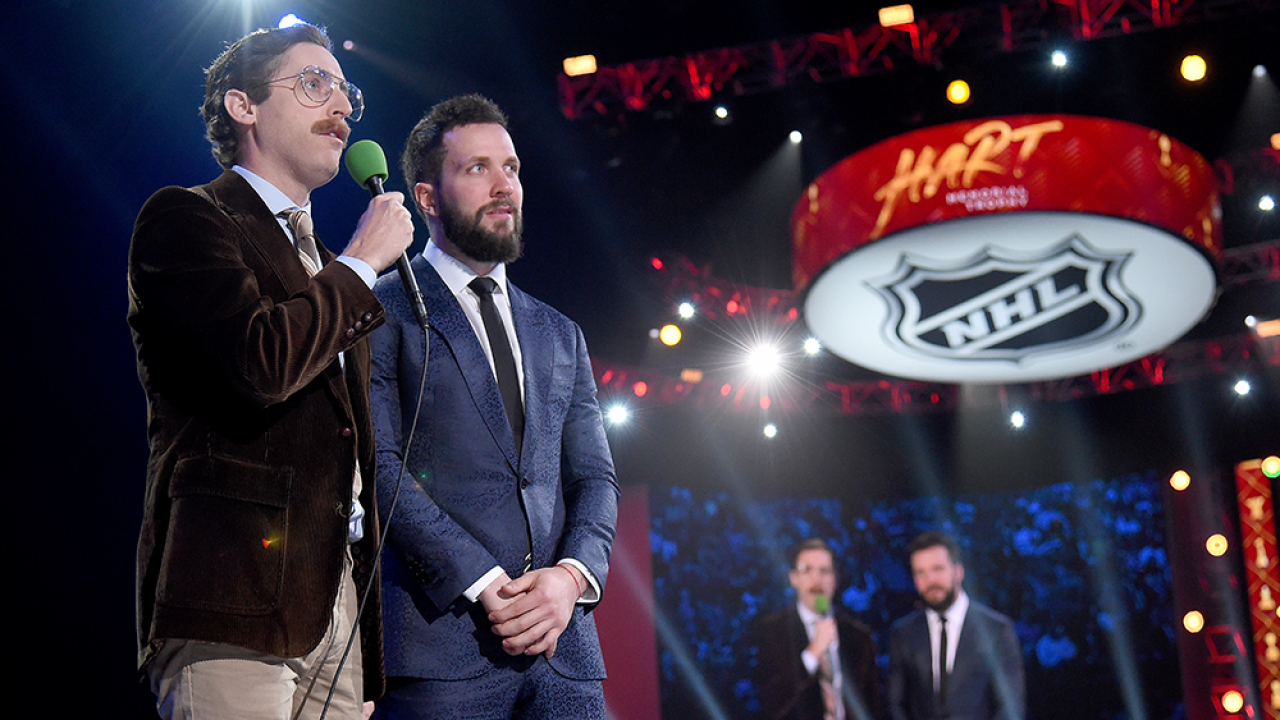 TAMPA, Fla. — While most Tampa Bay Lightning fans don't want to look back at the 2018-2019 season, their star forward was rewarded Wednesday night after putting up monster numbers during the team's historic regular season.

Lightning forward Nikita Kucherov won the Hart Trophy as the most valuable player in the NHL at the league's award ceremony in Las Vegas Wednesday. Kucherov is the second Lightning player to win the Hart trophy since Martin St. Louis, who won in 2004. He also became just the fourth Russian to be win the MVP award.

Kucherov also won the Ted Lindsay Award as the league's most outstanding player as voted upon by the NHL Players' Association members.

Kucherov previously won the Art Ross Trophy, which goes to the league's leading scorer. The forward finished the regular season with 128 points, 41 goals and 87 assists, breaking Alexander Mogilny's single-season record for most points scored by a player born in Russia.

Kucherov was not the only Lightning player to win an award Thursday night. Andrei Vasilevskiy took home his first Vezina Trophy as the NHL's top goalie. He beat out Dallas' Ben Bishop and the New York Islanders' Robin Lehner.

Vasilevskiy led the NHL with 39 victories. The Russian goalie had a 2.40 goals-against average and a .925 save percentage in 53 games.

The Lightning as a team tied the 1995-1996 Detroit Red Wings for most regular-season victories with 62. Tampa Bay's historic season, however, ended on a disappointing note after being swept in the first round of the Stanley Cup Playoffs to the Columbus Blue Jackets.

Head coach Jon Cooper and defenseman Victor Hedman were both finalists for awards but did not win.