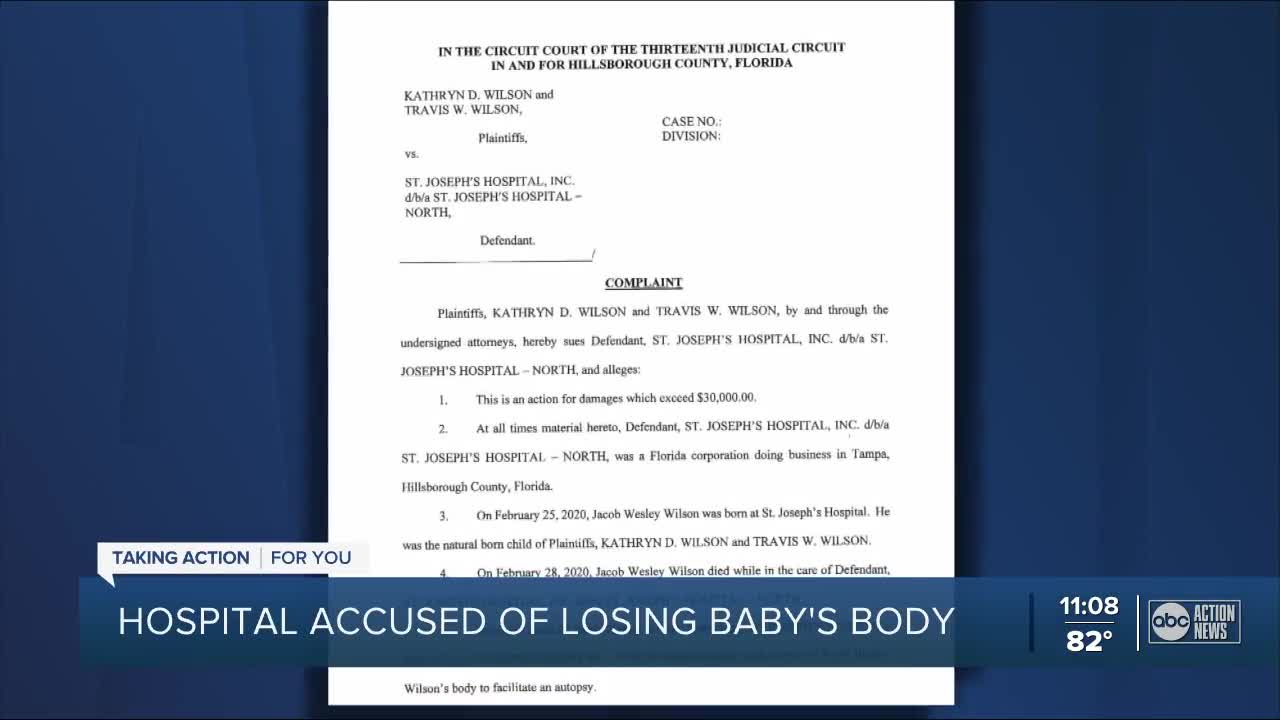 A grieving couple is suing the hospital, accusing them of losing their newborn son's body. 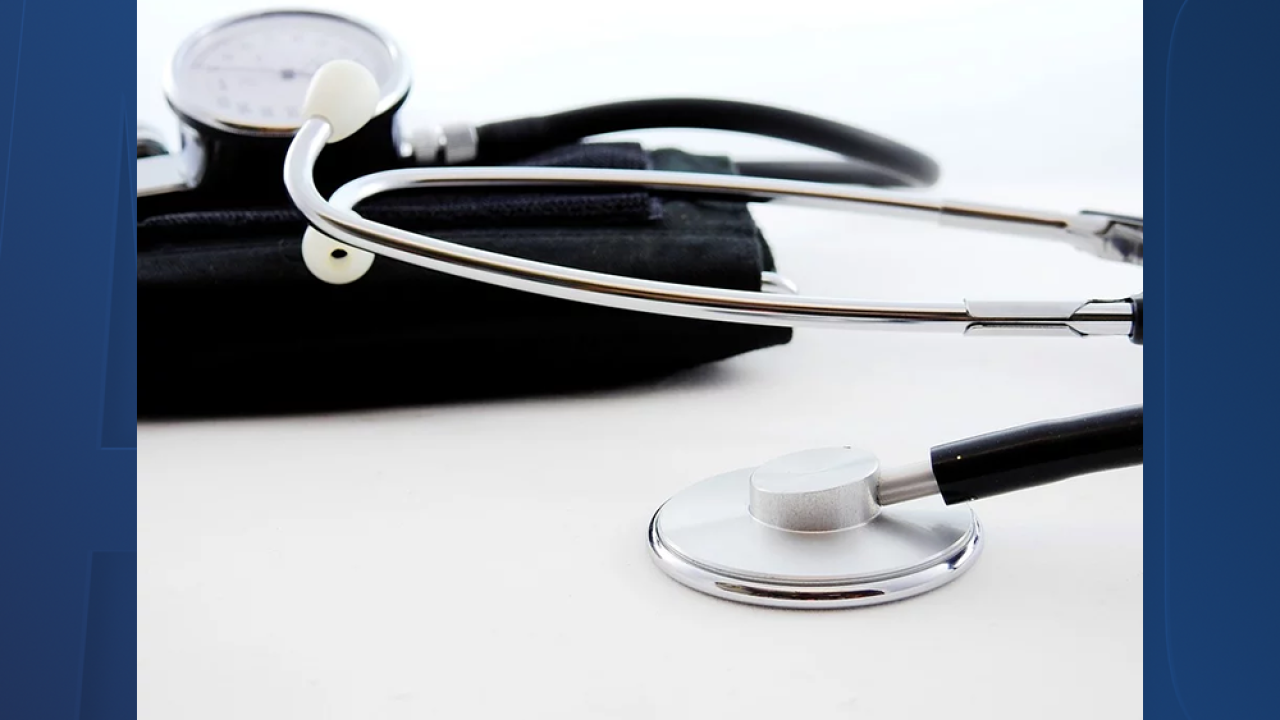 TAMPA, Fla. – A grieving couple is accusing a local hospital of losing their newborn son’s body, according to a lawsuit filed in Hillsborough County.

On February 25, Jacob Wilson was born at St. Joseph’s Hospital, the lawsuit says. He was the natural-born child Kathryn and Travis Wilson, a couple from Gibsonton.

Jacob died three days after his birth while in the care of St. Joseph’s Hospital – North, according to the lawsuit filed on July 9.

After Jacob died, St. Joseph’s Hospital retained custody and control of the baby’s body to facilitate an autopsy. The hospital took the baby’s body to the Orlando Regional Medical Center to have the autopsy performed, the lawsuit says.

ABC Action News’ McKenna King reached out to St. Joseph’s for comment and the hospital released the following statement:

"Since first learning that Jacob Wilson’s remains were missing, St. Joseph's Hospital has investigated all avenues and fully cooperated in all search efforts in the hope that they could be found. Our heartfelt sympathy goes out to the Wilsons for the loss of their child. We also deeply regret not being able to account for the remains. St. Joseph’s leadership and all personnel in our morgues are committed that this unforeseen situation will not happen again."

The couple's attorney, Doug Burnetti, said the hospital's statement was the first time the couple received "anything close to an apology." Burnetti released the following statement:

“In reading the hospital's statement, this is the first time that the family's heard anything close to an apology. We stand by our allegations of our complaint that the behavior is outrageous and shocking and we believe that any reasonable person would agree with that.”