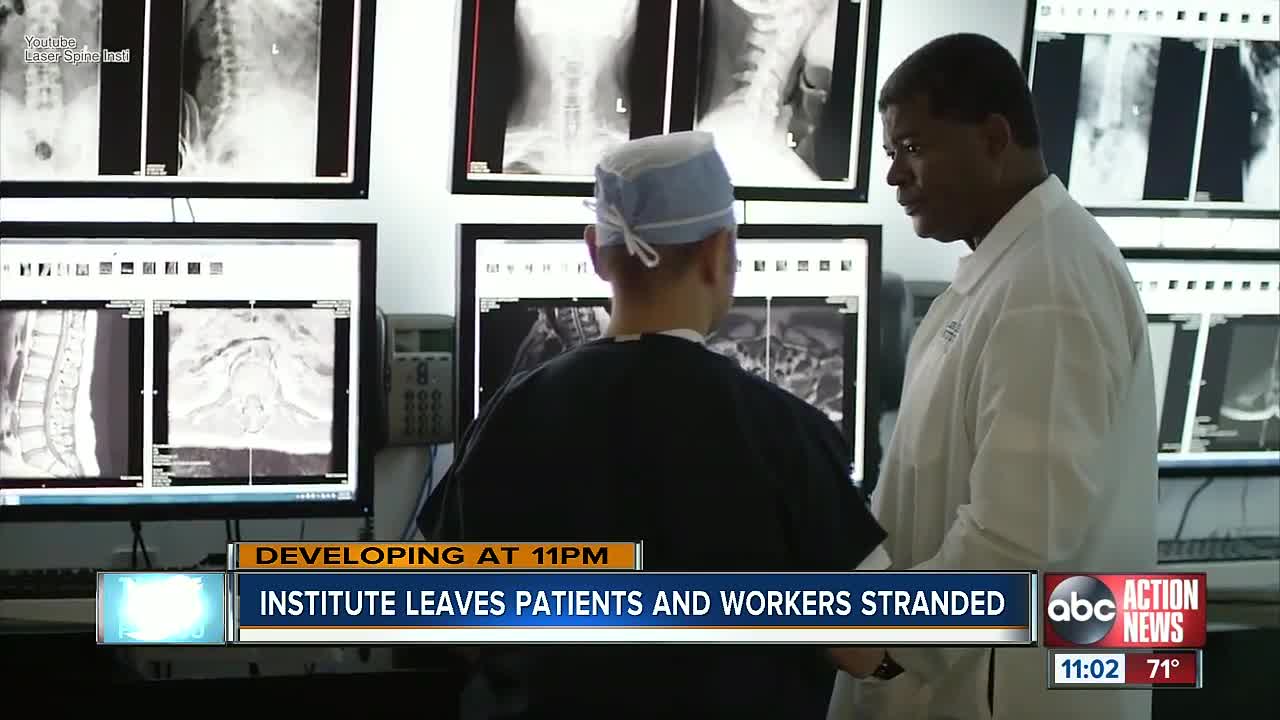 Tampa-based Laser Spine Institute announced Friday that it will discontinue its operations, effective immediately. According to a statement issued to ABC Action News, a lack of financing is to blame. 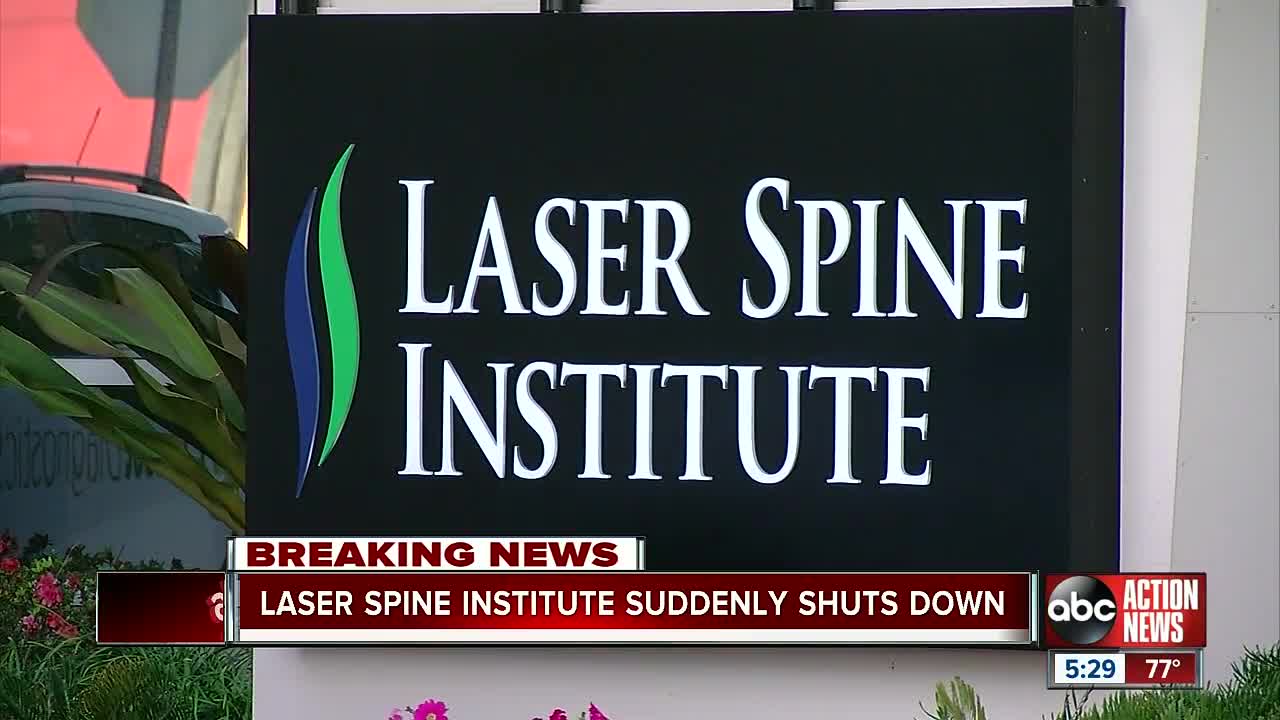 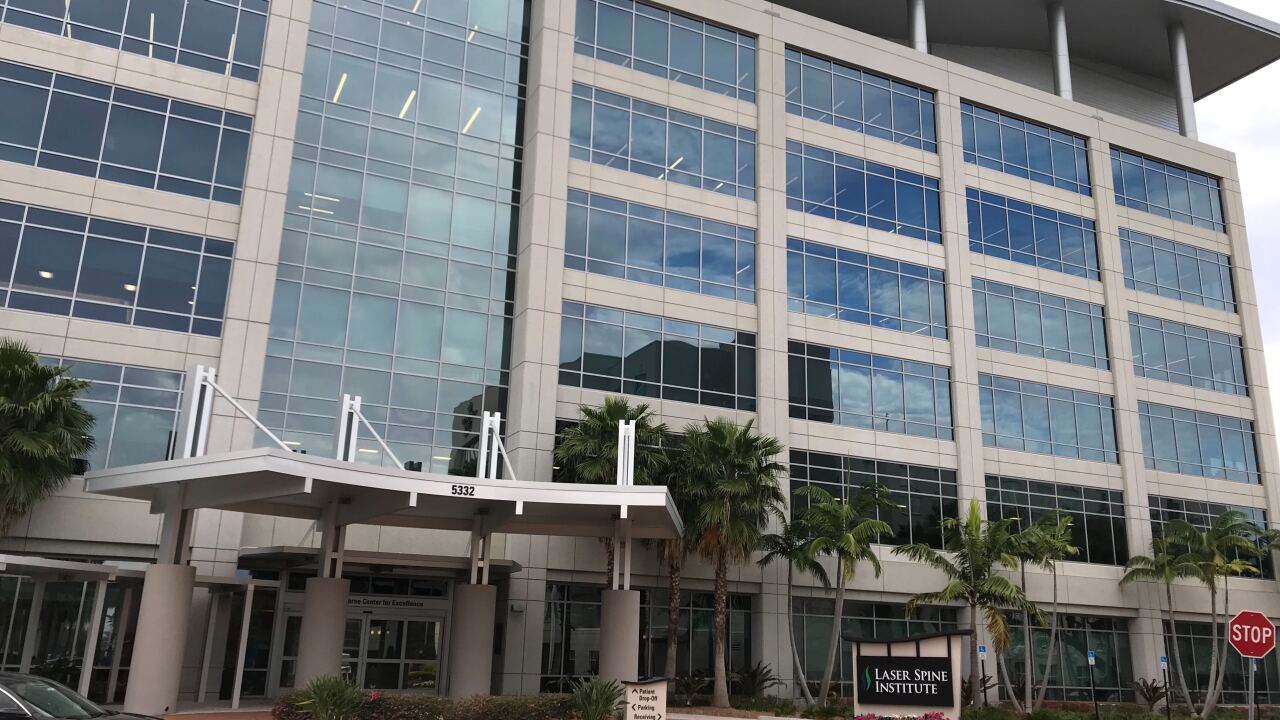 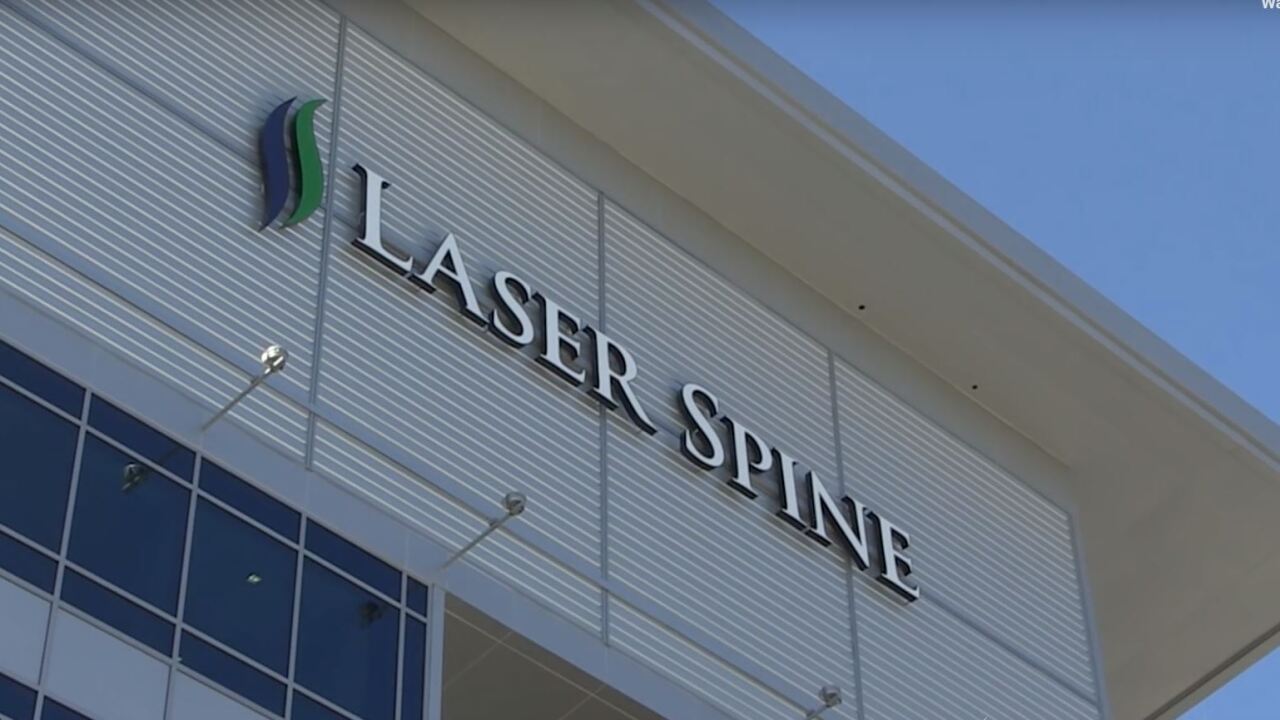 According to a statement issued to ABC Action News, a lack of financing is to blame.

According to the company's website, it employed more than 1,000 people at locations in Tampa, Cincinnati, Scottsdale and St. Louis.

The Tampa location has been open since March of 2005. More than 500 employees in Tampa Bay are now without a job.

"Everybody’s worried about their future," said former employee Shelia Rios. "A lot of families used to work there, couples, so now everybody is going to have to look for another job.”

ABC Action News talked to one patient who flew here from Michigan for surgery at LSI and was told they could no longer render services.

“I said this must be a joke," said Kurt Loosenort. "If I don’t get the help, I can’t do anything that I’m supposed to be doing without great difficulty.”

Loosenort says he spent more than $2,000 in travel and hotel expenses. His surgery was scheduled for Tuesday.

“First thing I’m going to do is pray because God is the big healer and I’m going to have to trust him for who he’s going to line up next to get me the help," said Loosenort.

The company said it is in the process of reaching out to patients with scheduled procedures to notify them of the closings. It is also contacting other surgical providers to determine whether these providers can absorb the additional surgical demand, according to the statement.

An Oklahoma City location closed toward the end of 2018.

The Institute released the following statement on the shutdown:

Tampa-based Laser Spine Institute announced today that it will discontinue its operations, effective at the close of business on Friday, March 1. Despite significant cost saving activities over the last 6 months – including closing three surgical centers – that dramatically reduced its operating cost structure, the company has been unable to achieve a financially sustainable path forward.

The company, the nation’s leader in minimally-invasive spine surgery, will cease operations, effective immediately. The company is reaching out to other surgical providers in the markets where they operate -- Tampa, Cincinnati, Scottsdale, St. Louis -- to determine whether these providers have the capacity to absorb the additional surgical demand. Simultaneously, company representatives are reaching out to all patients who were slated to have surgery in one of the company’s four surgical centers to notify them of the company’s closing and refer them to other in-market options. The company will also provide facilities for patients to receive the requisite post-operative care.

“My heart goes out to our great, dedicated staff who have stuck with us through all of our adversity and worked so tirelessly to help us right the ship,” said Jake Brace, Laser Spine Institute’s CEO, who was brought in late last year to help restructure the company. “We celebrate their efforts to keep the company going, as well as their great track record of providing nearly 100,000 surgical procedures, thereby helping patients afflicted with chronic neck and back problems quickly and effectively regain their prior lives,” he added.
The company had achieved an operational turnaround. However, it was unable to attract the necessary financing to undertake a Chapter 11 process and continue operations.