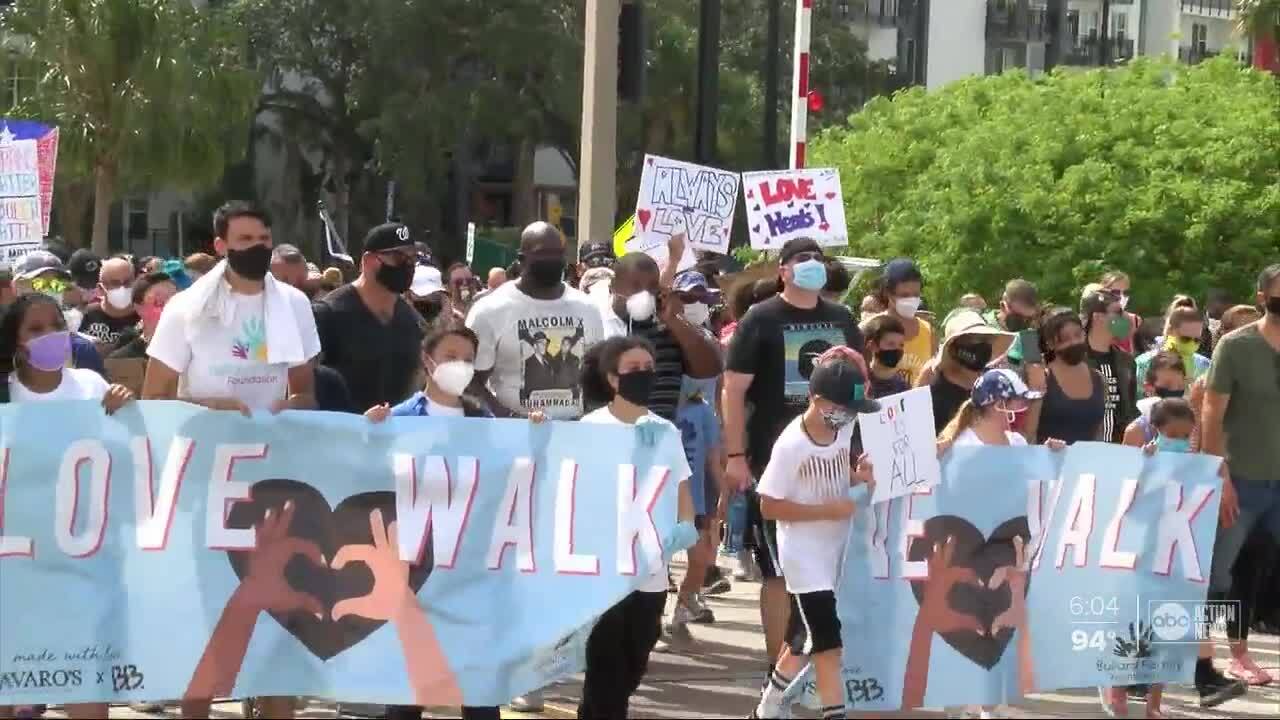 "This is not a protest," O'Neil said. "This walk is about uniting us through love."

O'Neil said he came up with the idea after watching and attending some of the local protests that started after the killing of George Floyd. According to prosecutors, a Minneapolis police officer killed Floyd, an unarmed black man, during an arrest back in May.

O'Neil and others who walked with him understand why folks have been protesting, and they appreciate the changes officials in Tampa -- and across the country -- are making. But it's time for people to "unite and love."

"This walk is about human beings being treated like human beings equally and fairly, and to break down the systemic issues that have been plaguing this country for years." O'Neil said. "We can't do that by sitting and having conversations. It's going to take action, and this walk is that first step."

The walk started at Curtis Hixon Park. They then walked over the historic Fortune Taylor Bridge and ended at Julian B. Lane Riverfront Park.

"It was great, and I believe we did reach our goal with this," said Michelle Bristow.

Bristol walked with her sister and a friend. They all held signs saying "God is love."

"Love heals all wounds, and that's what this is doing," said Monica Bristow.

In Addition to the "Love Walk," hundreds of volunteers helped paint street murals across the city to promote equality. Local activists spent Saturday morning in meetings with leaders and law enforcement officials to discuss what's happening across the country, and come up with a way to fix the issues so everyone is treated equally, especially black and brown people.