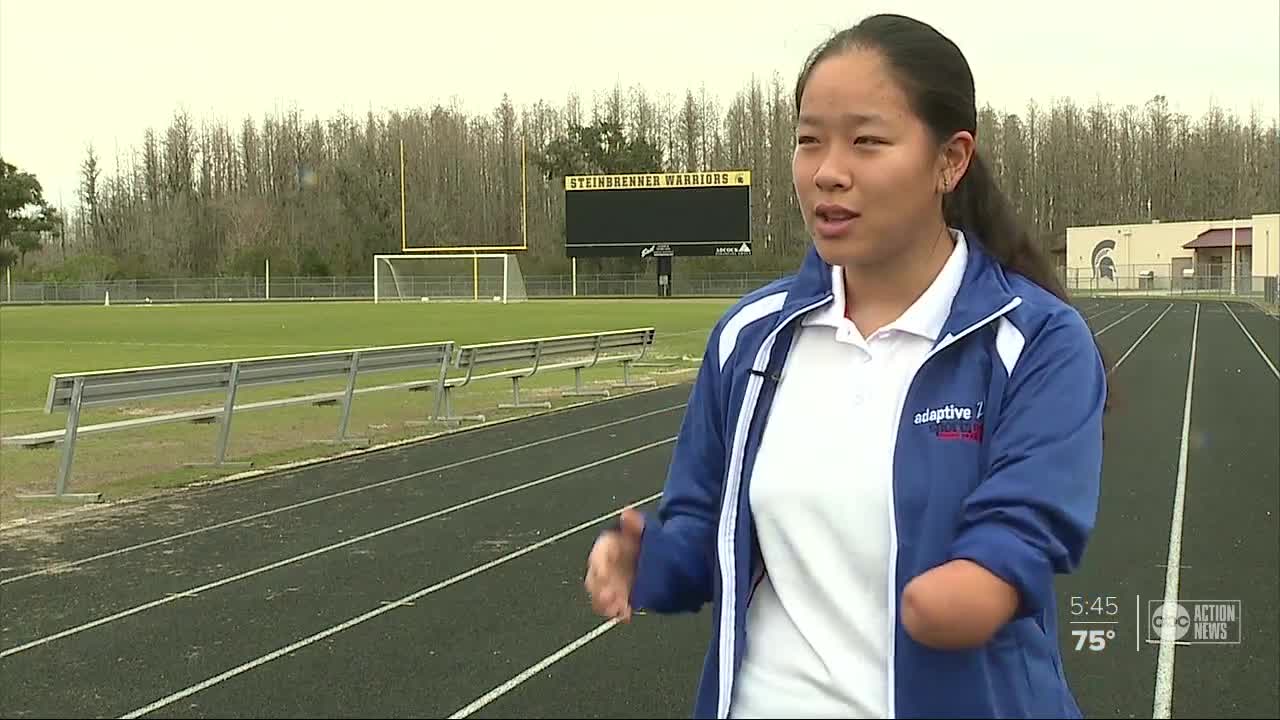 Danielle Kanas was selected to represent the USA at the International Wheelchair and Amputee Sports World Games 2020 in Thailand. She said she'll be competing in shot put, javelin, discus and the 100m and 200m races. 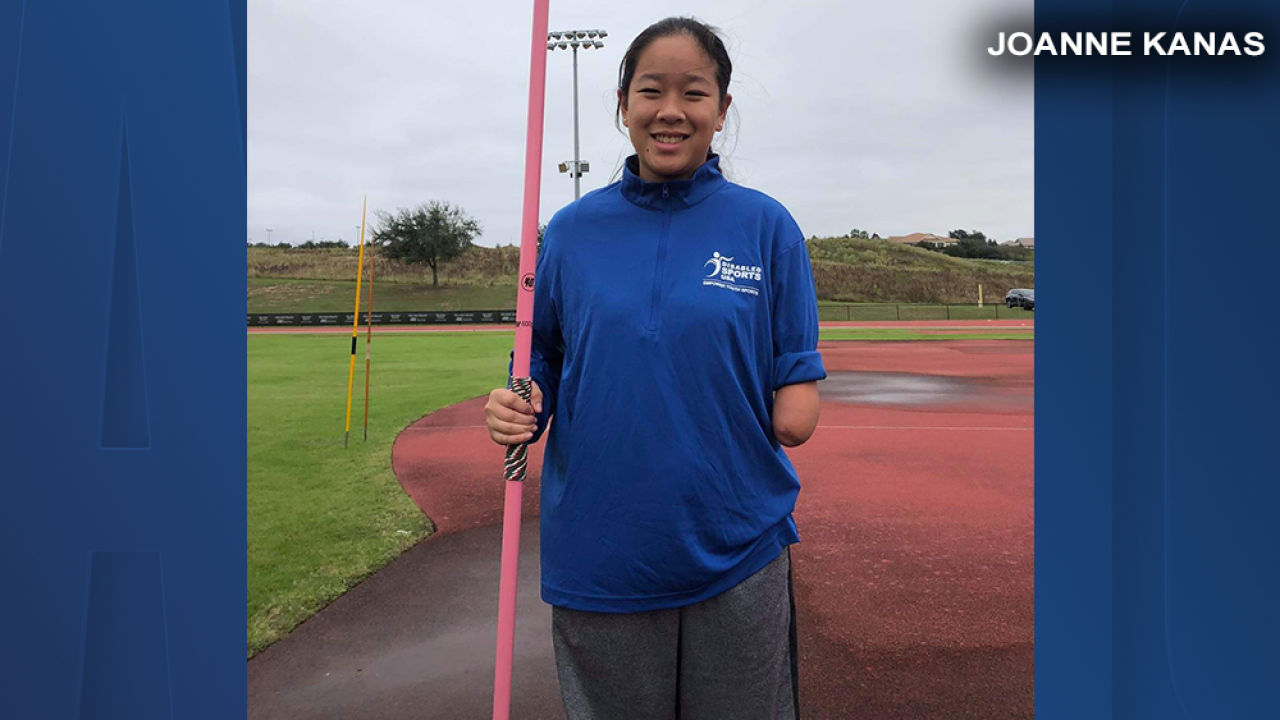 LUTZ, Fla. -- When 14-year-old Danielle Kanas steps foot on the track, she says she goes into game mode thinking only about the competition ahead.

Soon, that will be on the world stage.

Kanas was selected to represent the USA at the International Wheelchair and Amputee Sports World Games 2020 in Thailand. She said she'll be competing in shot put, javelin, discus and the 100m and 200m races.

"I was shocked because I wasn’t expecting to be able to get this opportunity," Kanas said.

She said she was introduced to track at 8 years old and hasn't looked back since. She competes for Steinbrenner High School and through Hillsborough County. She said the sport has changed her life.

She says part of her arm was amputated as a baby, but it's not something she thinks about.

"At this point I’m used to it and I’ve learned to overcome the challenges that come with," she said.

She practices more than a dozen hours each week, staying determined and focused.

"It didn’t surprise me but it really made me feel good. She’s going after her dreams, she’s always wanted to compete at that level," said Wayne Bozeman.

Bozeman has worked with Kanas. He is a coach in the Paralympic sports program through Hillsborough County Parks and Recreation, which dozens of athletes participate in.

"No matter what’s out there for you, you can step above it, move along and not be defeated by something you have the ability to get through," he said.

Kanas was supposed to leave for Thailand next week, but officials said the games were postponed until April due to team concerns around the Coronavirus.

It's that mentality that's likely to inspire countless people.

"I hope that they get inspired to not just give up so easily because how do you know if you’re going to be able to do it if you don’t try? I don’t want them to, you know, feel sorry," she said. "I want them to be inspired to you know do more."

Kanas wants to do more too. She said she hopes to one day be a Paralympian.