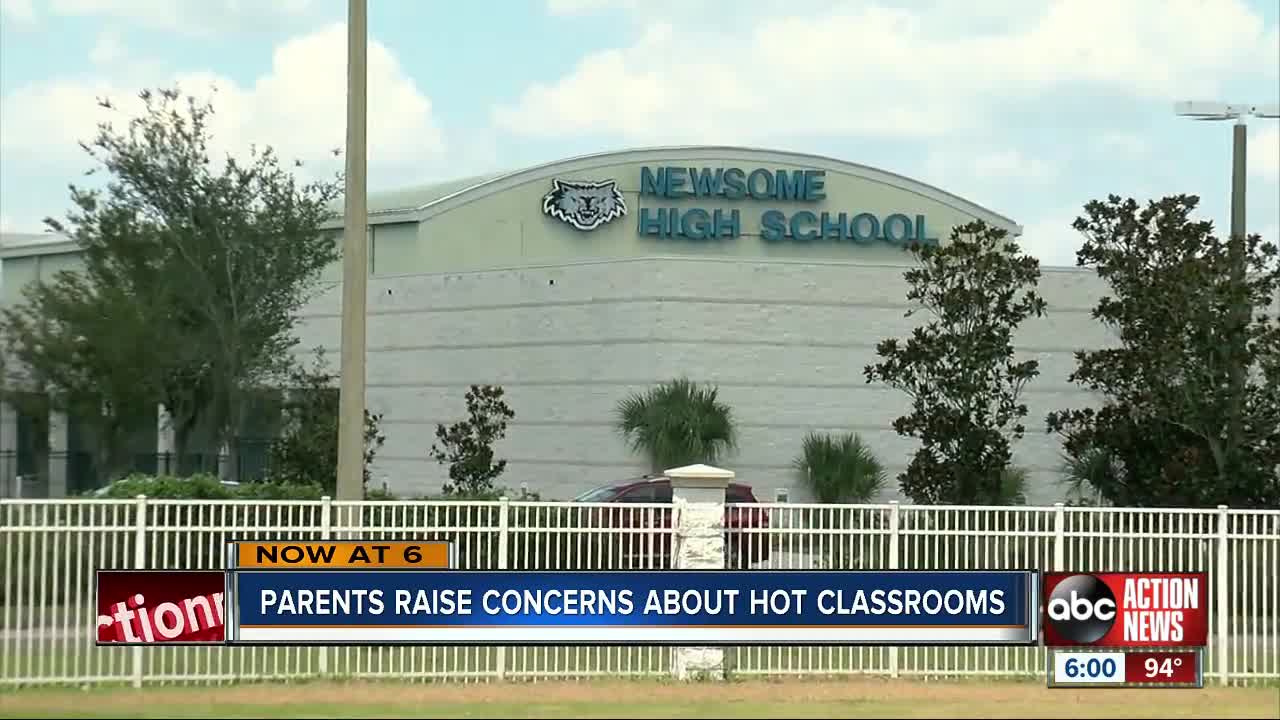 Some parents are raising concerns about the temperature inside some Hillsborough County Schools as the district works to overhaul air conditioning systems. 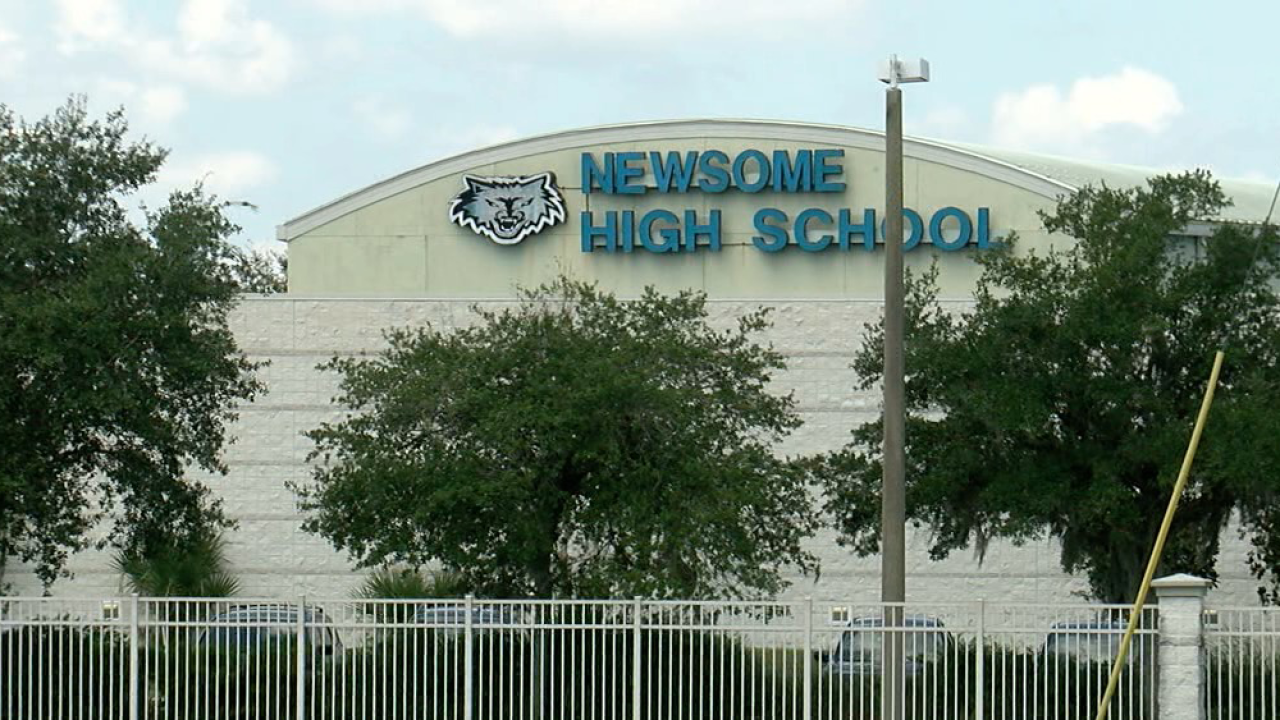 HILLSBOROUGH COUNTY, Fla. — Some parents are raising concerns about the temperature inside some Hillsborough County Schools as the district works to overhaul air conditioning systems.

Parents of students at Newsome High School say parts of the building are creating issues for their children.

"Every single one of my daughter's classrooms still has no air conditioning," said Kevin Kalinowski.

He said the chorus room where she spends a significant amount of time is one of the worst rooms.

"She feels that it’s hard to concentrate, it’s hard to pay attention when you’re constantly fanning and sweating and all that," he said.

So Kalinowski said his daughter and other students are taking matters into their own hands by creating a t-shirt. He said the students plan to sell it to raise money to get fans.

A spokesperson for the school district said there have been pockets of issues that are different on different days at the high school. Wednesday, they said mechanics were at the school and at Ballast Point Elementary School.

There the spokesperson said the cafeteria air conditioning isn't working. As a solution, students are eating lunch in their classrooms.

"All in all we're really happy with the school. We would like to see some improvements of the facilities, though," said parent Mark Asmer.

The school district is in the process of overhauling or replacing the air conditioning systems at more than 200 schools over the 10 year referendum from the new half penny sales tax.

"We want the students to be comfortable, we want them to have a good learning environment and we're just as frustrated as parents and as students are" said Hillsborough County Schools spokesperson Tanya Arja.

Arja said there are only so many contractors in the region that can complete the work and that it must be done over the summer and as the money comes in. About 20 schools are scheduled each summer.

"We want them to know that we have our teams out there, our air conditioning folks are working very hard to make sure that these systems are up and running," said Arja.

Newsome High School is slated for an overhaul next summer for about $7 million. But what happens at schools in the meantime?

"If it’s something that cannot be fixed or it is just continuing to be chronic we will look at other means in order to make sure there is a good learning environment for the students and good working conditions for our teachers," Arja said.

But Kalinowski said it's not fair to his student.

"She's not getting the environment she needs to succeed," he said.