The first fire station to open in Hillsborough County in over a decade is now taking service calls in an area where response times were lagging.

HILLSBOROUGH COUNTY, Fla. — The first fire station to open in Hillsborough County in over a decade is now taking service calls in an area where response times were lagging.

Fire Station 44 just opened on Thursday, March 1 in the Fishhawk community — an area that is seeing continued growth in Hillsborough County.

Hillsborough County Fire and Rescue Fire Chief Dennis Jones says the goal response time for the department is six to seven minutes depending on if it's an urban or suburban area.

However, with the population growth it is starting to make an impact.

"We try to do that 90 percent of the time, and we're making it about half that now," said Chief Jones.

The fire station is over 9,000 feet and has a state of the art kitchen, private bunkers for firefighters and safe windows that are hurricane and bullet proof. 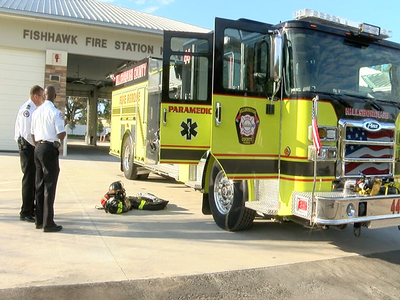 Chief Jones tells ABC Action News that the station was built with the idea it needs to last for decades, so they made extra space and room for more fire engines.

However, this station is just one of more than two dozen that are needed.

"We're asking for about two dozen over the next 13 or so years," he said.

Jones said the county and commissioners are aware of the needed fire stations as the growth continues.

Fire Station 44 is the newest station to be built, the last fire station built was in 2006.

Rebecca Long of Fishhawk panicked when she realized she had a fire in her stove over the weekend.

Long was the first call to Fire Station 44 on Saturday after she had a grease fire in the morning. 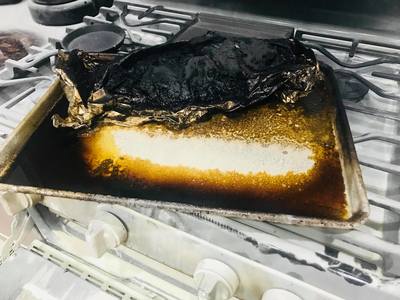 She tells ABC Action News she was cooking bacon in a brand new oven when the grease caught fire.

Luckily, Long had a fire extinguisher to help put out the flames before the department got there.

The firefighters snapped pictures with the kids and even gave them a tour of the new firetruck.

"This could have had a much different story," said Long. 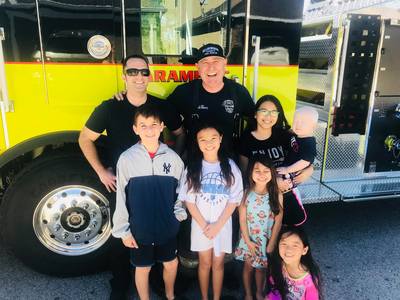