Deputy was one shift away from retirement 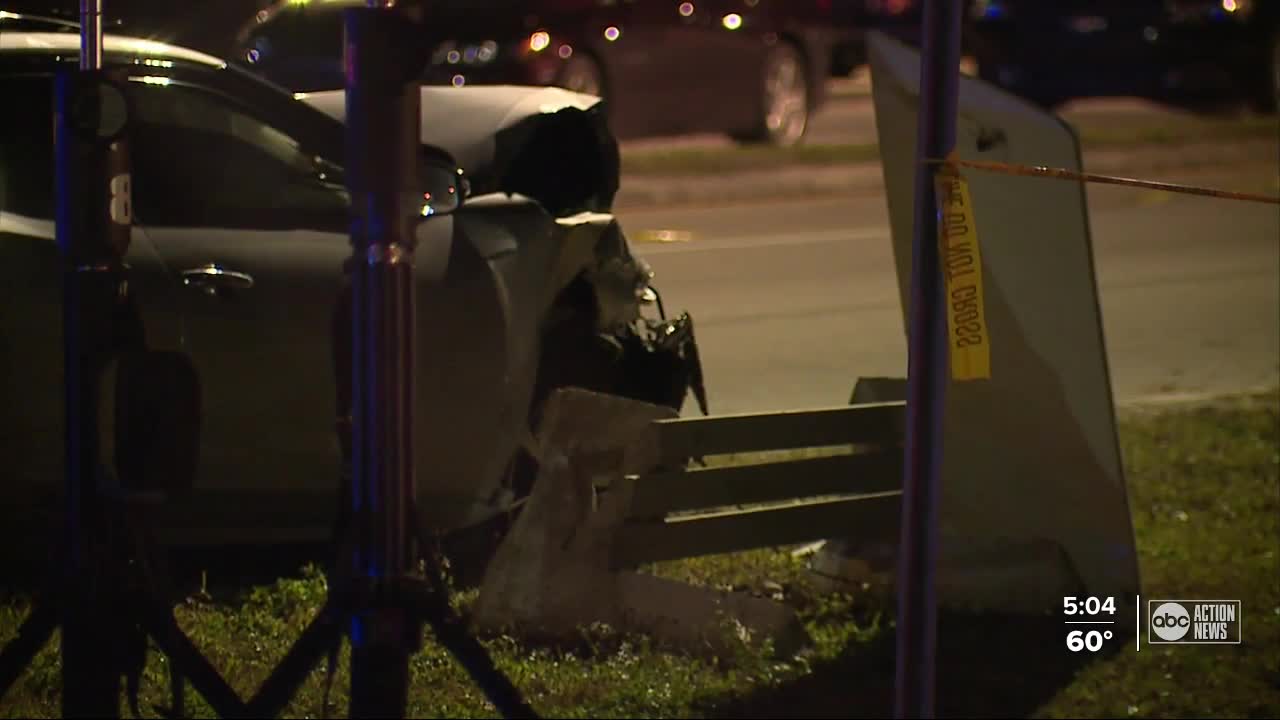 A Hillsborough County deputy was killed in the line of duty Monday evening. 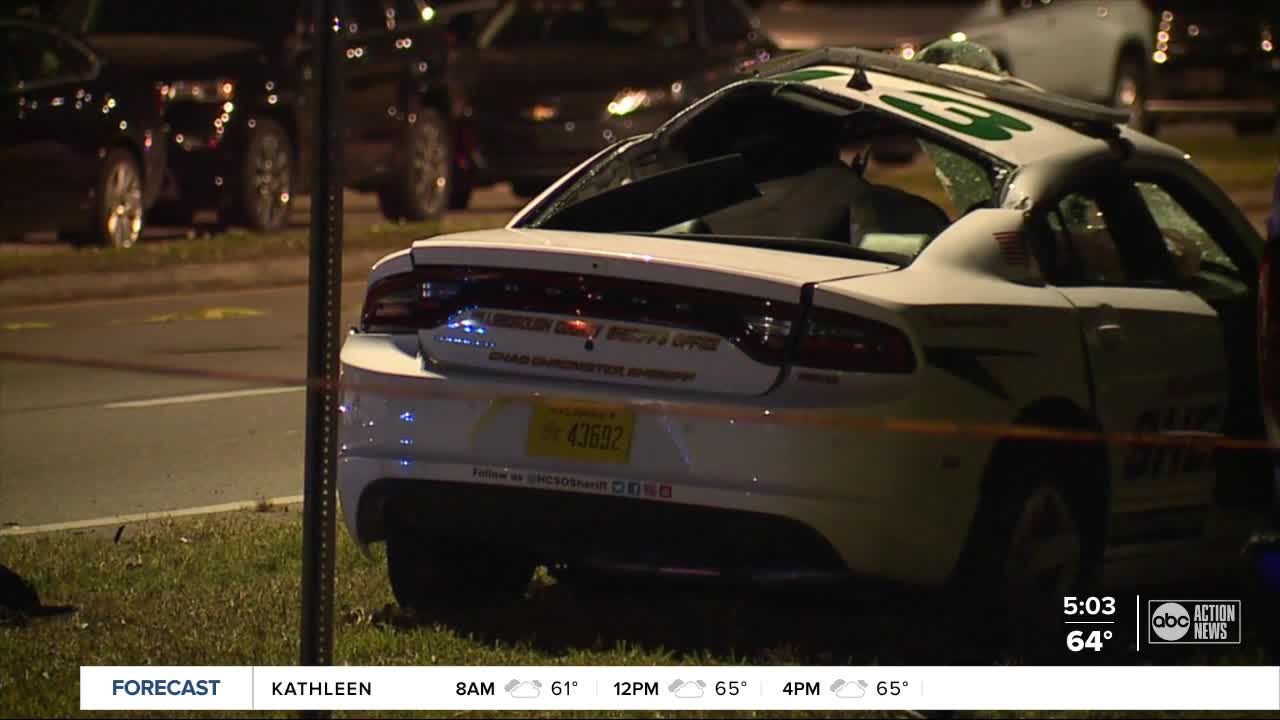 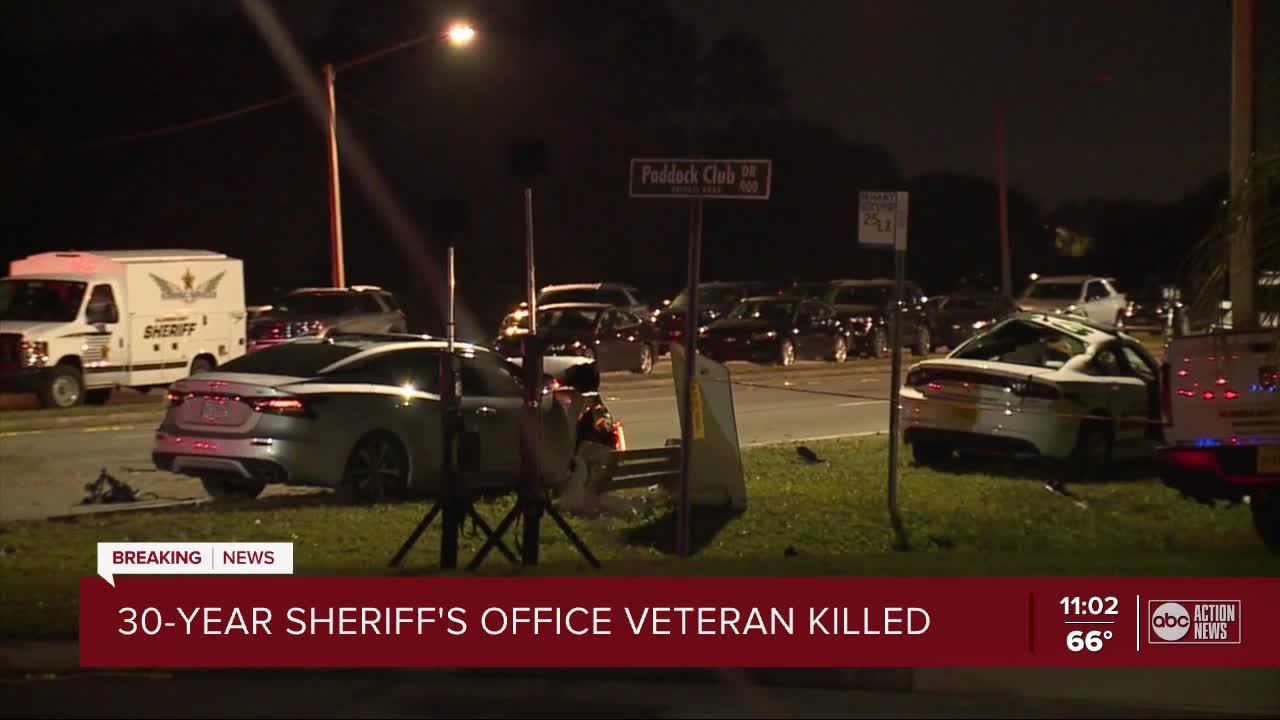 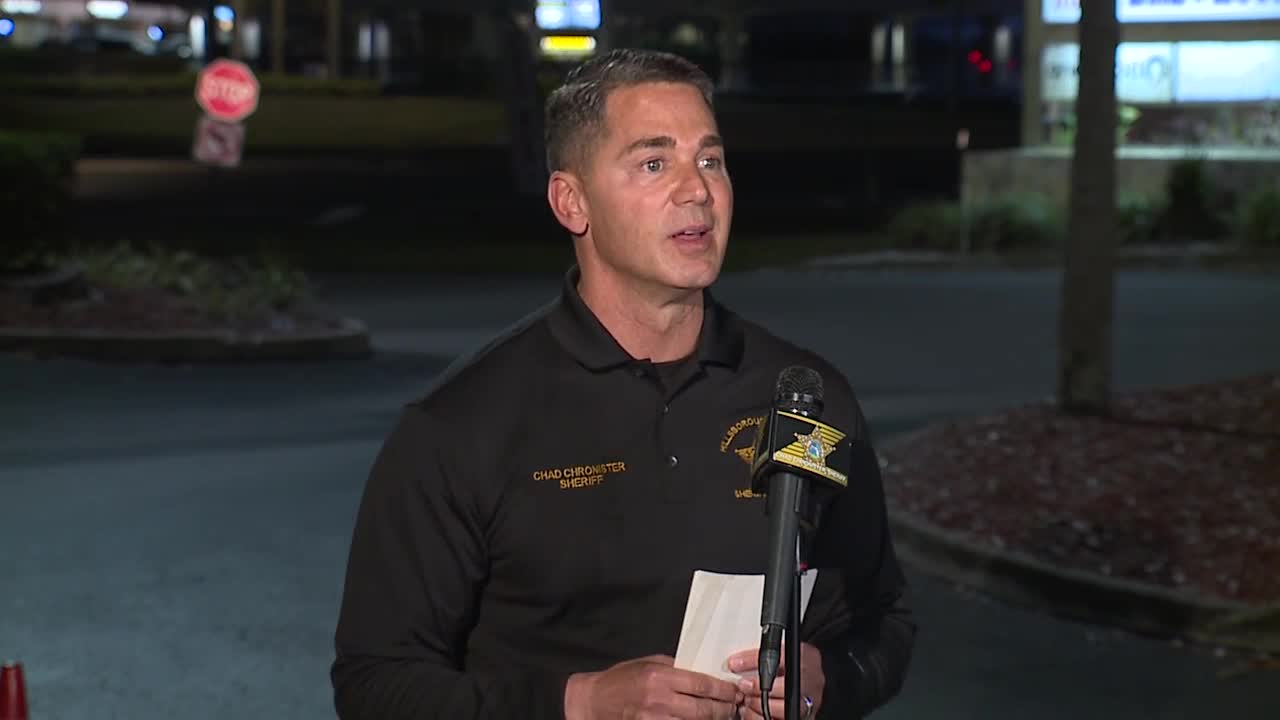 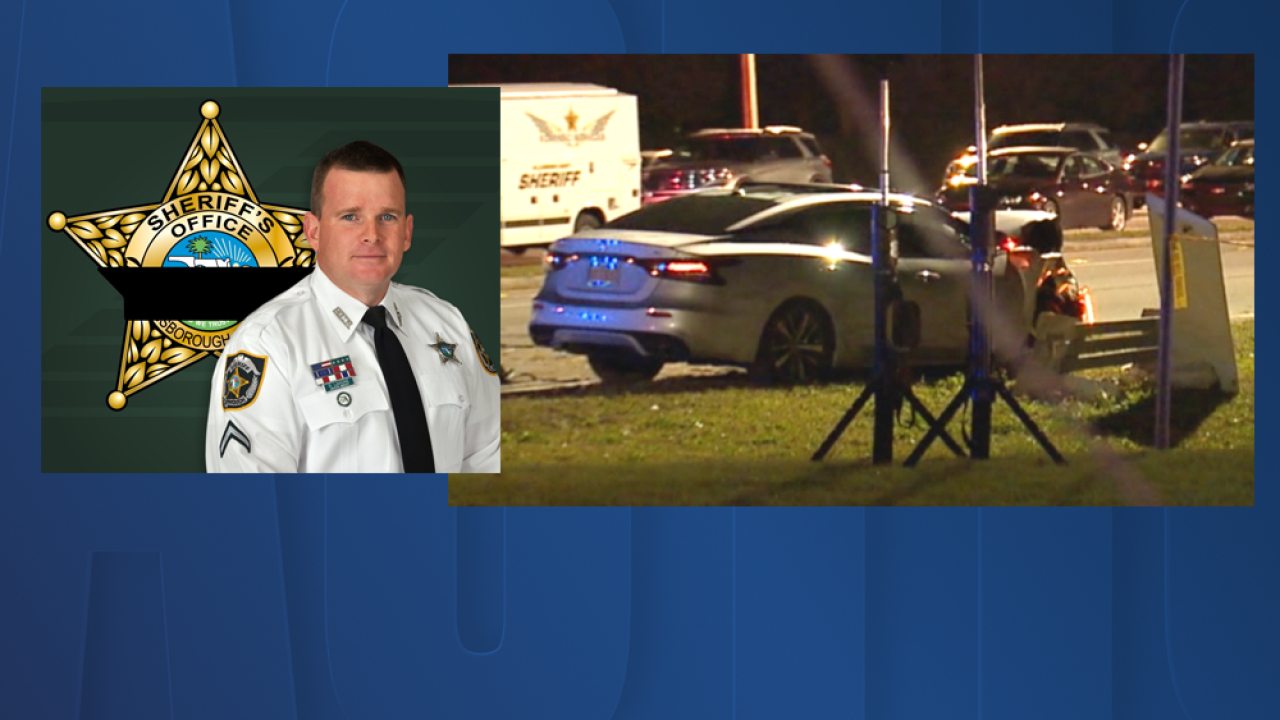 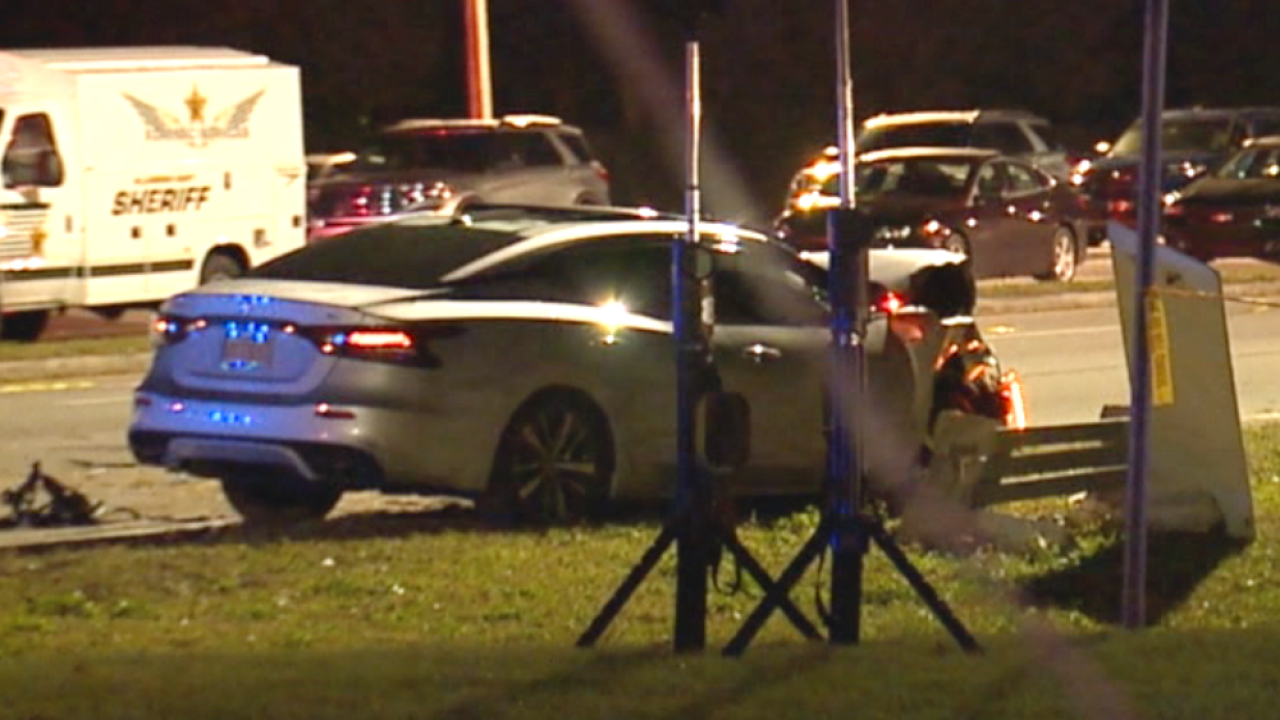 Hillsborough County Sheriff Chad Chronister said deputies were responding to a call for service from management at the Paddock Club Apartments around 3:42 p.m. Monday.

The caller said the man had been throwing furniture and clothes out of his apartment window and front door. The caller also said this individual has threatened to harm staff in the past. Deputies were not able to make contact with the man and left the area.

About an hour later, deputies were called back to the apartment complex.

"The resident is now naked and throwing cookies at neighbors outside his apartment. Deputies arrived on scene and make contact," said Sheriff Chad Chronister.

The suspect, 28-year-old Travis Garrett, struck a deputy in the head with his fist, according to Sheriff Chronister.

Sheriff Chronister said deputies deployed a taser, but it was not effective.

Garrett left the area in his car and led deputies on a chase.

Sheriff Chronister said Garrett was driving at a high rate of speed when he intentionally rammed into the driver's side of Corporal Brian LaVigne's car. There were no skid marks on the scene indicating trying to stop, the sheriff said.

Cpl. LaVigne, 54, was responding to the call for service.

Sheriff Chronister said Cpl. LaVigne was trapped inside his car and unresponsive. Deputies tried to get to him.

"The deputies can't get to him to perform life-saving measures. He's unconscious. They're doing everything they can from breaking windows and trying to crawl in through the back window, but the corporal was trapped," said Sheriff Chronister.

Fire rescue used the Jaws of Life to free Cpl. LaVigne out of the car. He was later taken to Tampa General Hospital where he died from his injuries.

Governor Ron DeSantis tweeted his condolences about the incident:

.@FLCaseyDeSantis & I are saddened to learn of the passing of Master Corporal Brian LaVigne, who was killed in the line of duty. He served our state with distinction & the perpetrator must be brought to justice. Our prayers are with his family & the entire @HCSOSheriff family. https://t.co/xP6UaBJ4UR

Cpl. LaVigne was a 30-year veteran with the Hillsborough County Sheriff's Office and was days away from retirement. Sheriff Chronister said Cpl. LaVigne had one more shift left.

"Cpl. LaVigne was a great family man, someone who served this community... mentoring the young troops. He had a passion for service," Sheriff Chronister said.

"Master Corporal Brian LaVigne was a part of the Hillsborough County Sheriff's Office family since 1990, and he was just one shift away from retirement. We will never forget Master Corporal LaVigne for laying down his life in the line of duty." - Sheriff Chad Chronister pic.twitter.com/k9H256bDKF

He is survived by his wife and two daughters, one of who is also a Hillsborough County deputy, the sheriff said.

"Master Corporal Brian LaVigne has been a part of the Hillsborough County Sheriff's Office family since 1990, and he was just days away from retirement," said Sheriff Chad Chronister. "We will never forget Master Corporal LaVigne for laying down his life in the line of duty or the response of his squad members who did everything they could to ensure that the individual responsible for his death was apprehended."