When our ABC Action News Crew pulled up to 12524 Burgess Hill Dr in the Panther Trace subdivision around 4:30 a.m., at least 10 squad cars lined the block. 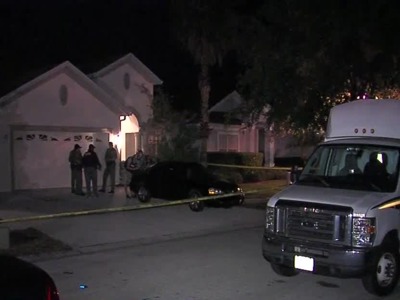 According to deputies, they responded to the residence after a report of an armed burglary — which involved an exchange of gunfire with the occupants.

Anchor Jasmine Styles said investigators could be seen going in and out of the home that had evidence markers on the front door. There also appeared to be some sort of damage.

Additional info: HCSO Deputies responded to the home on Burgess Hill Dr around midnight. 2 armed men came in, the people inside shot back. The suspects bolted. Investigators don’t think this is random, and say it’s more than likely drug related.

Deputies said the incident does not appear random and could be drug related.

At this time, there are no known injures and the suspects have not been located.

Anyone with any information regarding this incident is asked to contact the Hillsborough  County Sheriff's Office at 813-247-8200.