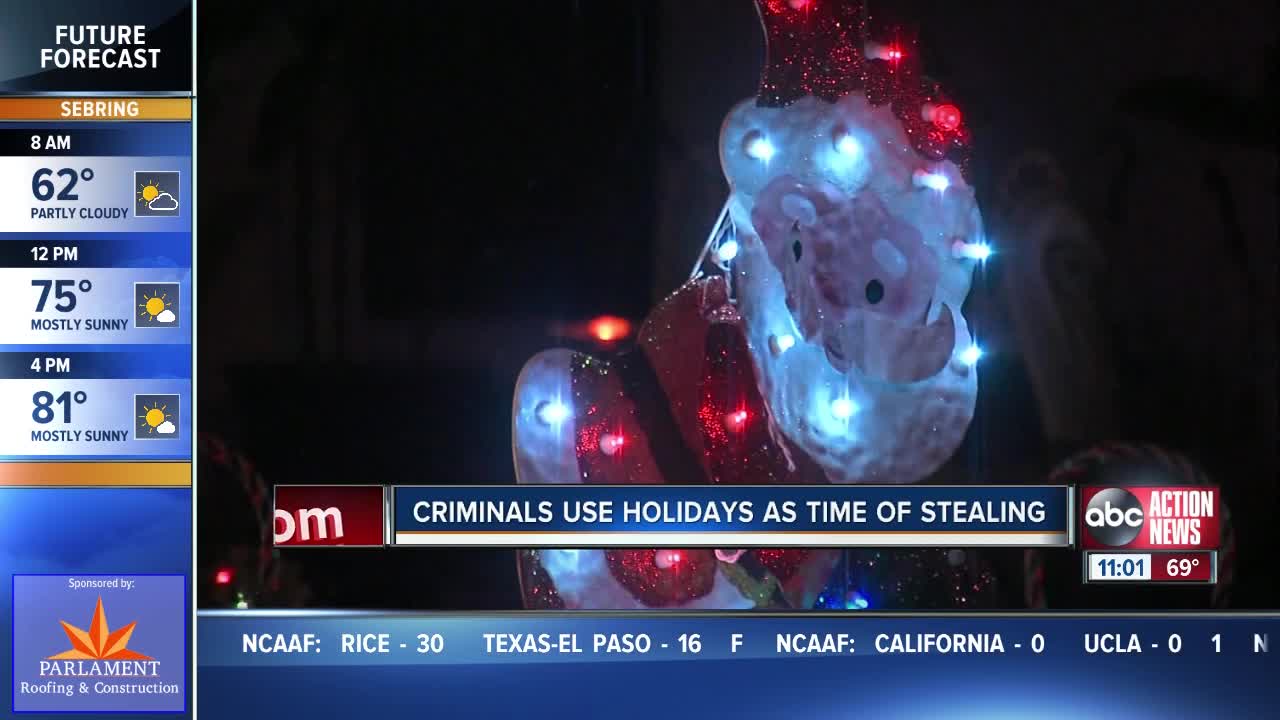 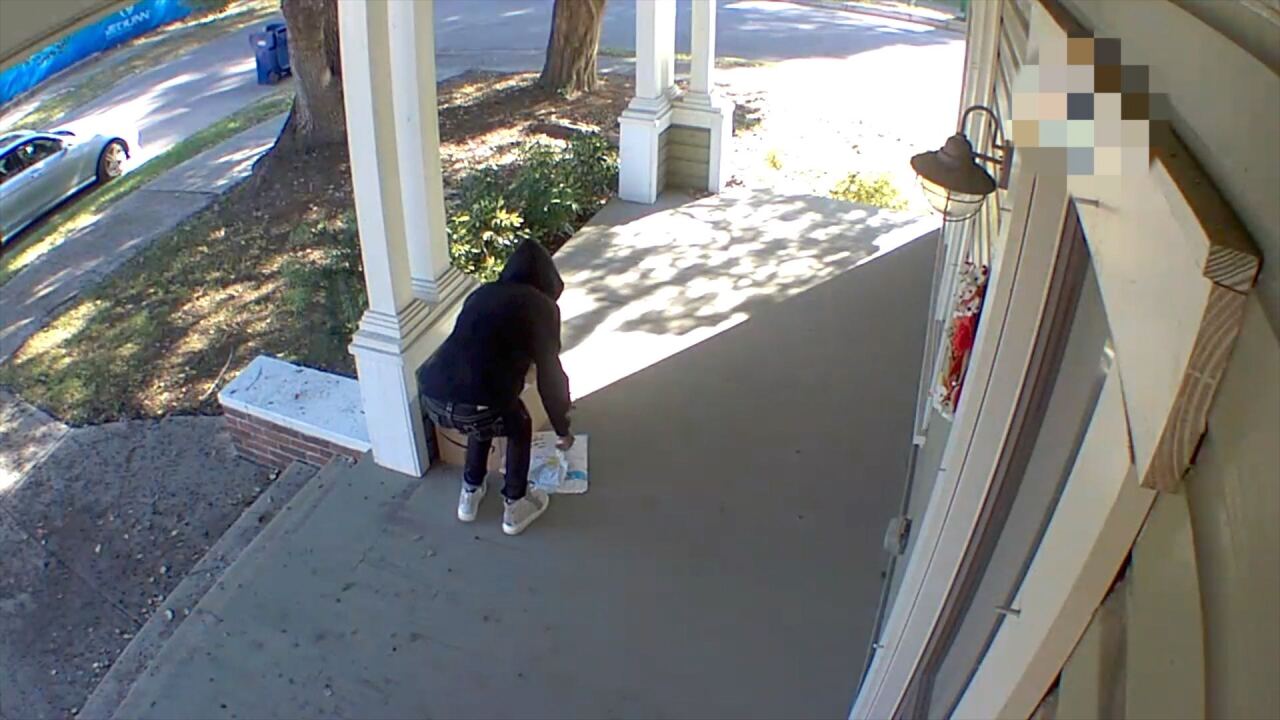 TAMPA, Fla. — It's a video you've likely seen before, someone rushes up to a front door, and swipes a package from the porch.

Dominic Martin said he's seen plenty of them, but never thought it would happen to him. That all changed on Black Friday.

"I was frustrated," Martin said.

Martin said through his surveillance video, he saw a package delivered to his door in Tampa. But when he got home, he said he discovered it was gone and more video showing someone take it. It was filled with work items.

"I was a little relieved it wasn’t something so expensive. But it’s still frustrating, you still spend money on these things and people just come and take them for free," Martin said.

C+R Research released its 2019 Package Theft Statistics Report. During a survey of 2,000 online consumers, more than a third reported having had a package stolen.

"This time of year especially everybody’s so excited about getting so much stuff delivered to the house they have to remember there’s a lot of predators that are gonna try to take advantage of that," said EJ Diaz.

Diaz is a law enforcement trainer, with more than 30 years of experience in the field. He said it's an easy crime and can be difficult to prosecute, but there are steps you can take to help prevent it.

Diaz also recommended looking at different delivery options regarding the location of package drop offs and not leaving anything valuable in site.

"You just have to watch this is the time of year where they’re stealing things," said Shari Staudt, the president of the Baytowne Villas Board of Directors.

She put out Christmas lights at the front of the neighborhood Saturday evening, noting they haven't had any issues with holiday theft.

"We kinda look out for each other and as far as this part here we have the security cameras that go 24/7 all around," she said.

Diaz said you should also be conscious about Christmas decorations.

"You should actually have a plan. It may be inconvenient about you have to go out there pull it in later at nighttime, that’s mostly when people are gonna hit, or even during the day when you’re away from work. But the Christmas lights, some of the new LED’s, some of the new stuff that’s out there is very expensive and people should be much more conscious about that," he said.

Martin is more conscious now, too. He said he plans to get a lock box at his door for any more packages.