Hampton Terrace to get road safety changes after series of crashes 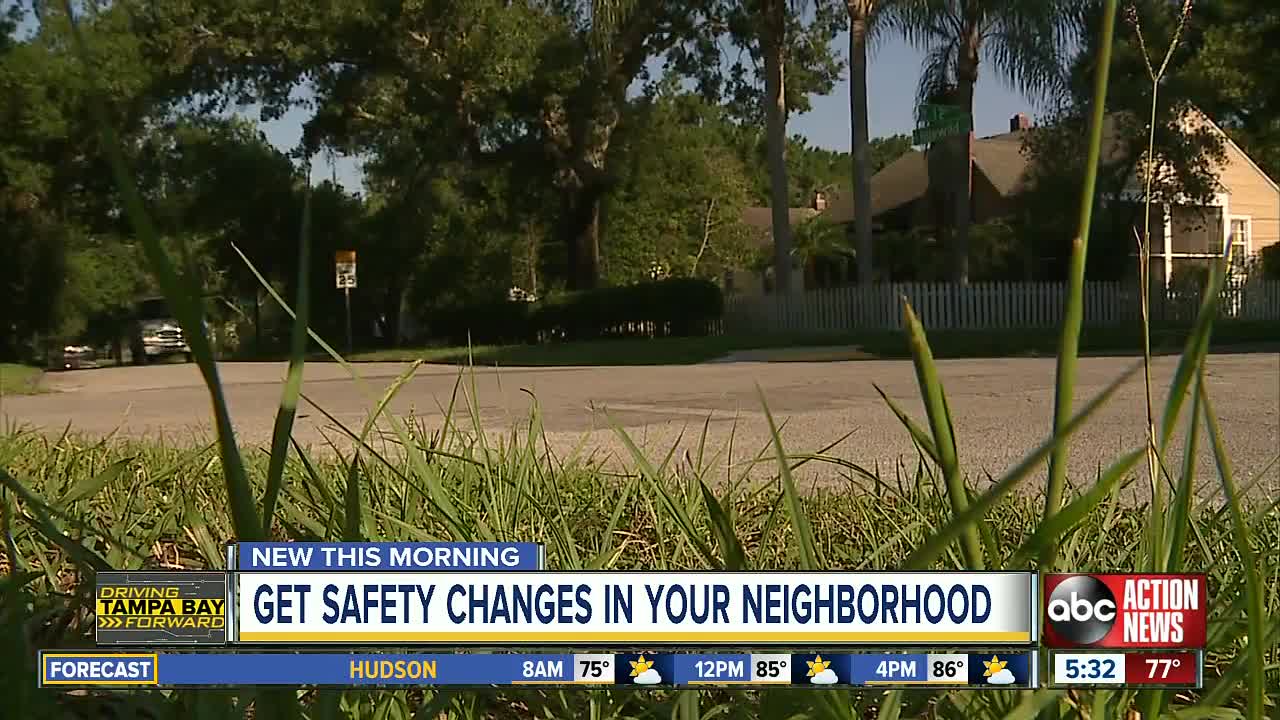 One Tampa neighborhood is set to see major road-safety upgrades after a series of crashes, reports of speeding and years of asking the city for changes. 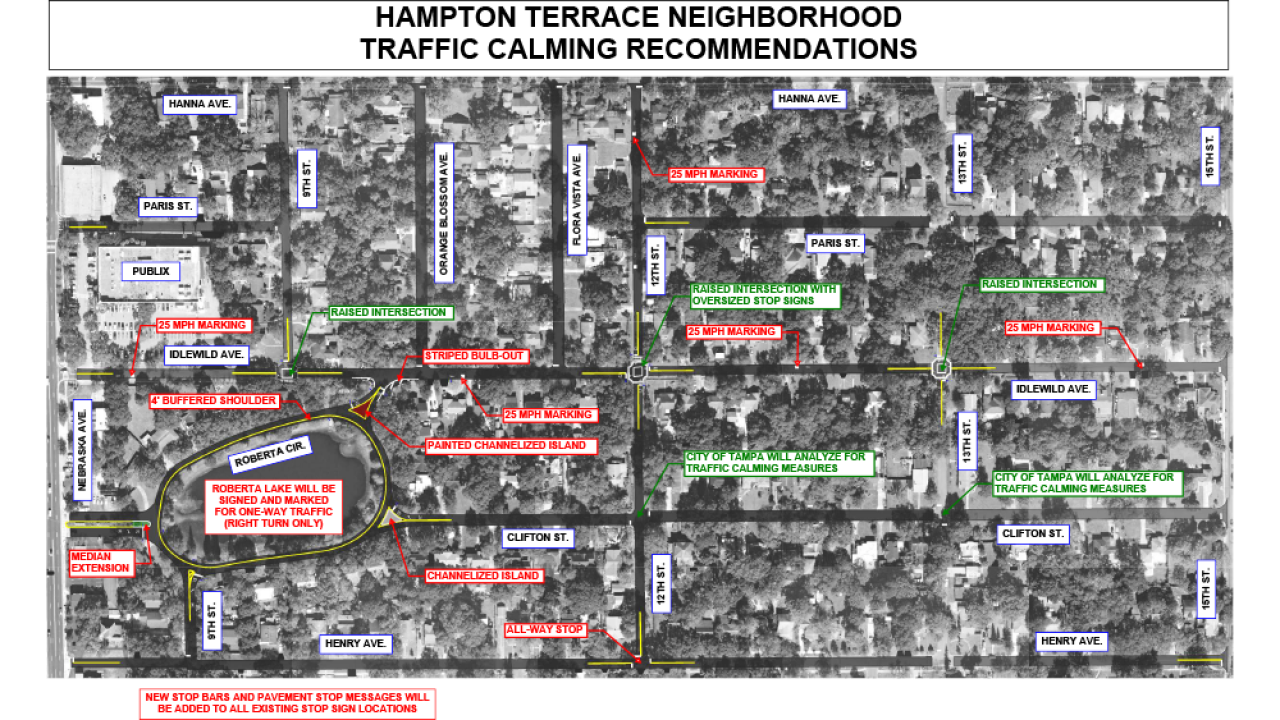 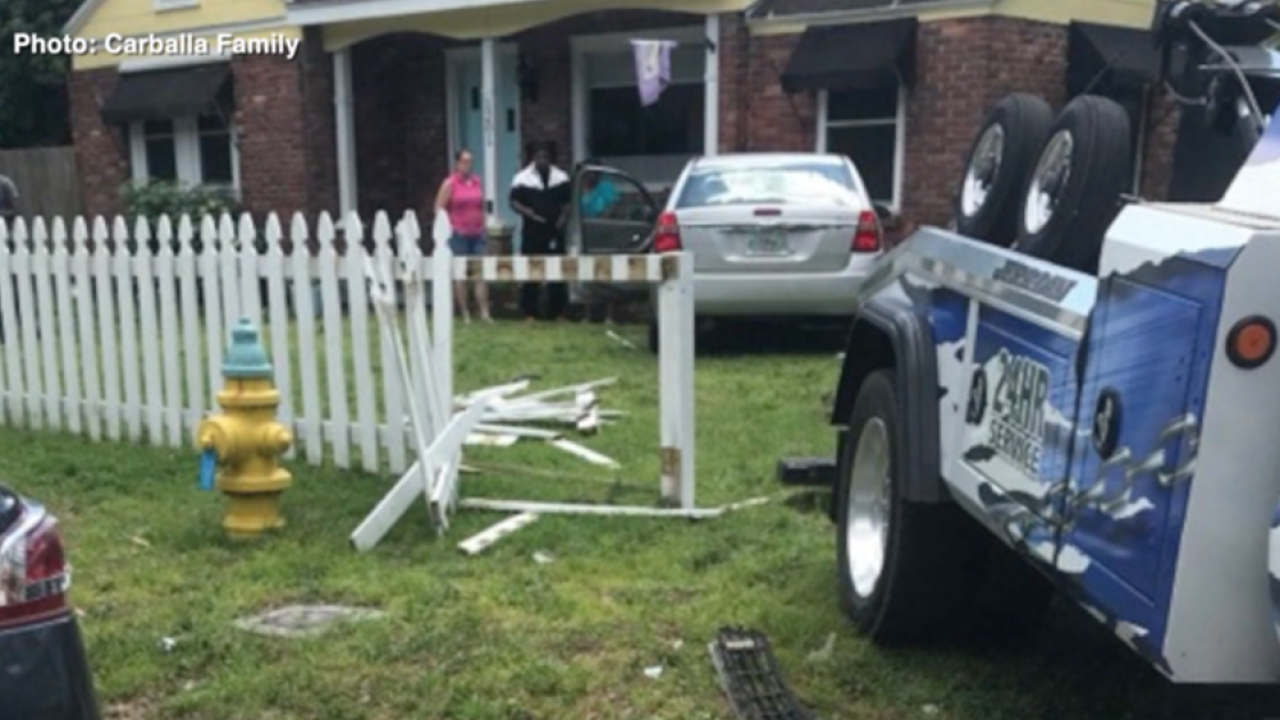 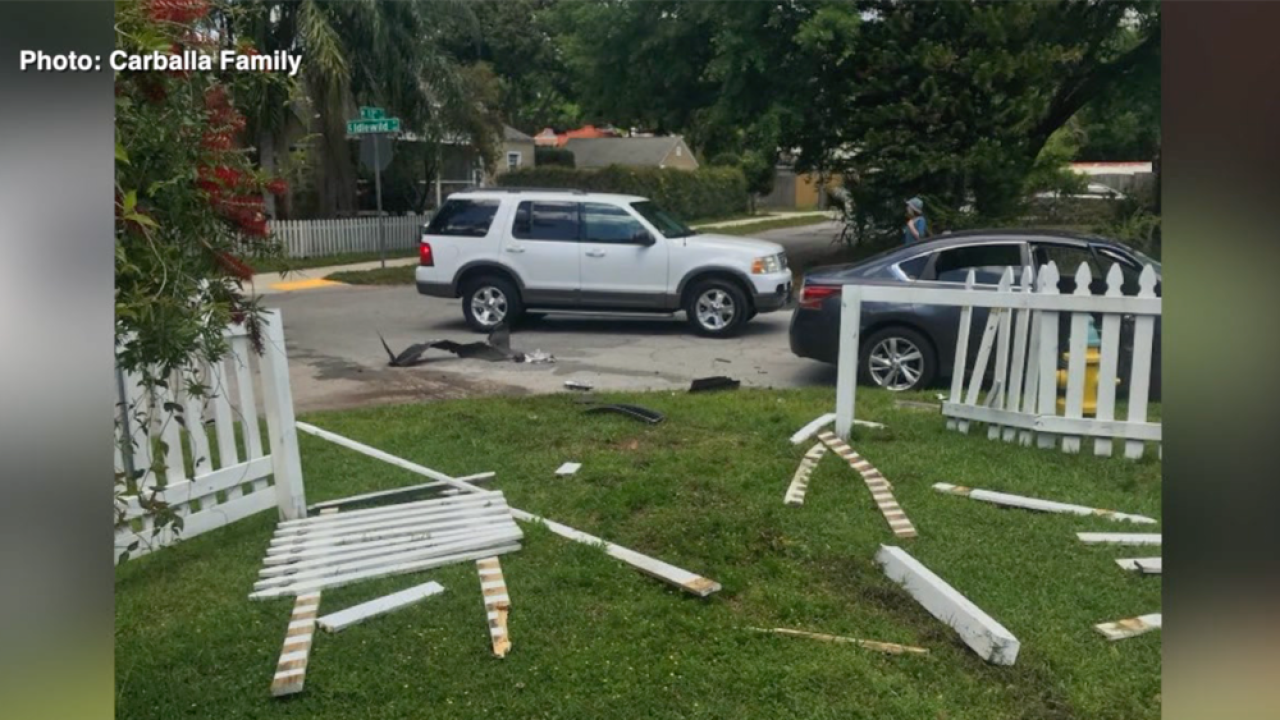 TAMPA, Fla. — One Tampa neighborhood is set to see major road-safety upgrades after a series of crashes, reports of speeding and years of asking the city for changes.

Hampton Terrace, located in Tampa’s Seminole Heights community, has a speed limit of 25 miles per hour. However, drivers are often going a whole lot faster.

A driver ran the stop sign in front of Greg and Eva Carballa’s yard in the Hampton Terrace neighborhood of Tampa, forcing another driver through their fence into their house. The accident happened at North 12th Street and West Idlewild Avenue on March 15.

“At any point in time, our children, our animals could’ve been out here,” Carballa told ABC Action News in April.

It is the second time a driver has crashed into their yard, he said.

Now, the City of Tampa is set to roll out a series of road-safety upgrades in the neighborhood starting this summer.

They include a new raised intersection and two over-sized stop signs at North 12th Street and West Idlewild Avenue.

There's also set to be several new speed limit signs, raised medians and additional stop signs. Neighbors are now more reassured that these changes will force cars to slow down.

“I think they’re going to be effective rather quickly because drivers will have no choice.”

Frey said these changes took a lot of working with the city and persistence.

“You have to be proactive," he said. "A lot of times, these are grass roots efforts.”

If you would like the City of Tampa to conduct a speed study in your neighborhood, you can get the process started here.

The City of Tampa is also planning two other traffic calming measures in Historic Hyde Park and Ridgewood.