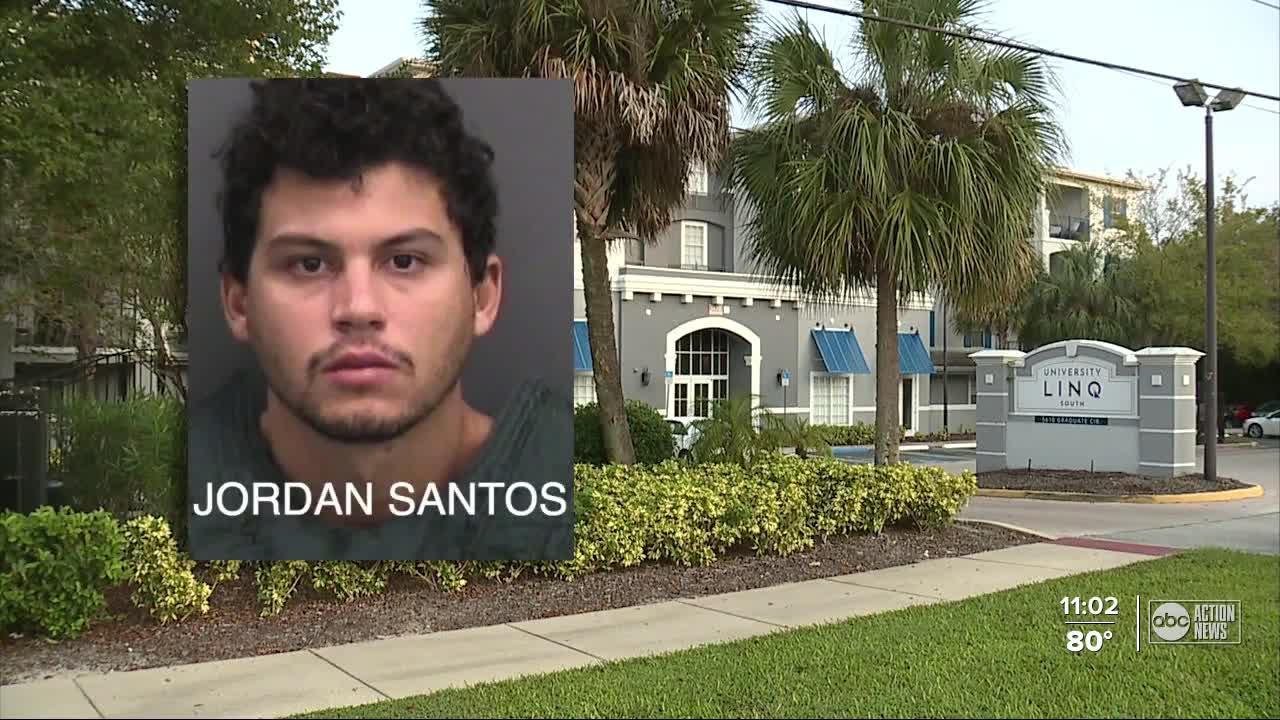 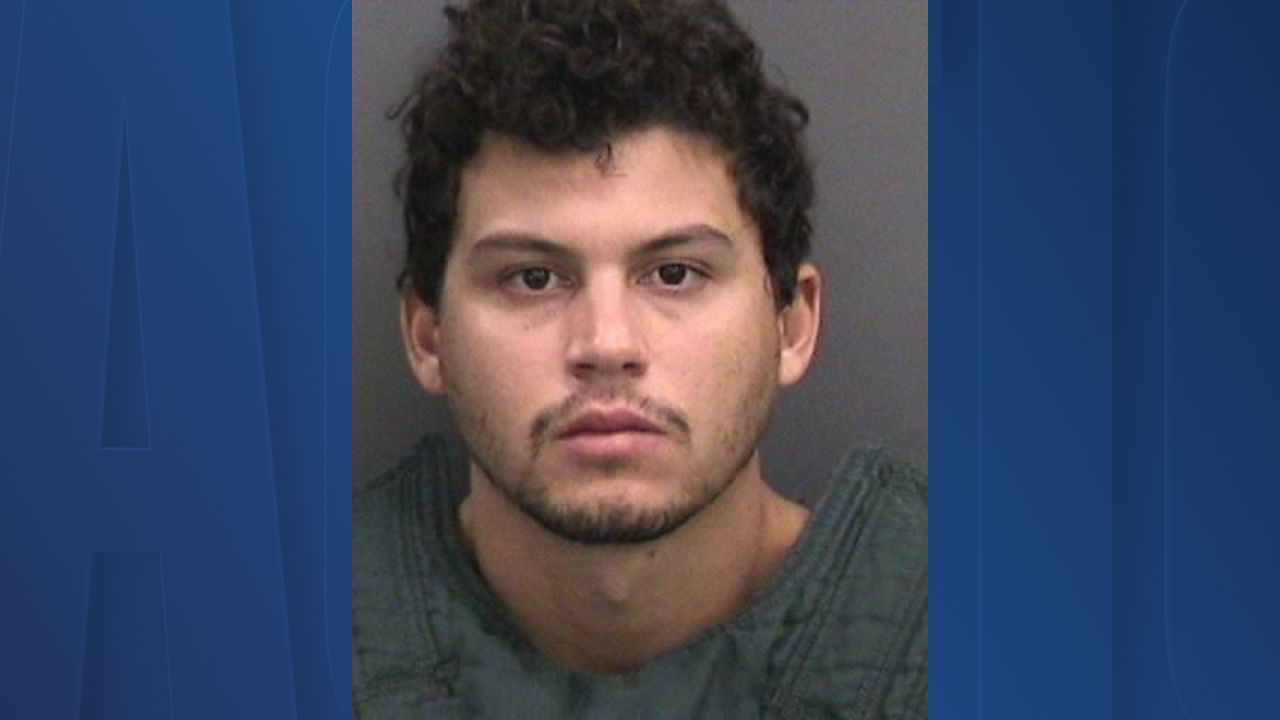 HILLSBOROUGH COUNTY, Fla. — A student at the University of South Florida was arrested on several violent charges after investigators say he choked his girlfriend, then attacked a stranger while running from deputies.

Jordan Santos was a catcher and infielder for the USF baseball team.

While we have confirmed Santos is still enrolled at the university, he is no longer on the team.

“Jordan Santos is no longer a member of our baseball team,” said Brian Siegrist with the University of South Florida Athletics. “All members of our athletics program are held to high standards of conduct and we will not tolerate any actions contrary to our values.”

I’ve confirmed Santos is still enrolled at USF but no longer on the team:
“All members of our athletics program are held to high standards of conduct and we will not tolerate any actions contrary to our values.”

According to court documents, Santos struck the victim multiple times with a closed fist in the face and body against her will on Oct. 9. When the victim attempted to escape, documents state, “the defendant ran up behind her and pushed her to the ground. The defendant prevented the victim from leaving his residence and continued to strike the victim.”

According to another report, Santos went on the run and committed a burglary with assault at a residence on North 56th Street.

Kimberly Rivers says she woke up in the middle of the night to Santos yelling for help from outside.

She says Santos attacked her when she stepped outside.

“And then he just went to town on my head, gave me a half a black eye, I have a cracked rib,” said Rivers. “I asked him to let me go and he did and he dropped me.”

Rivers said in those moments she prayed for her attacker.

“I want God to look out for him,” said Rivers. “God looked out for me.”

He’s charged with domestic violence by strangulation, false imprisonment, burglary with assault and battery on a law enforcement officer.

ABC Action News reached out to the listed attorney in court documents on Friday but we have yet to hear back.