“It’s crazy how the business took off so quick!” 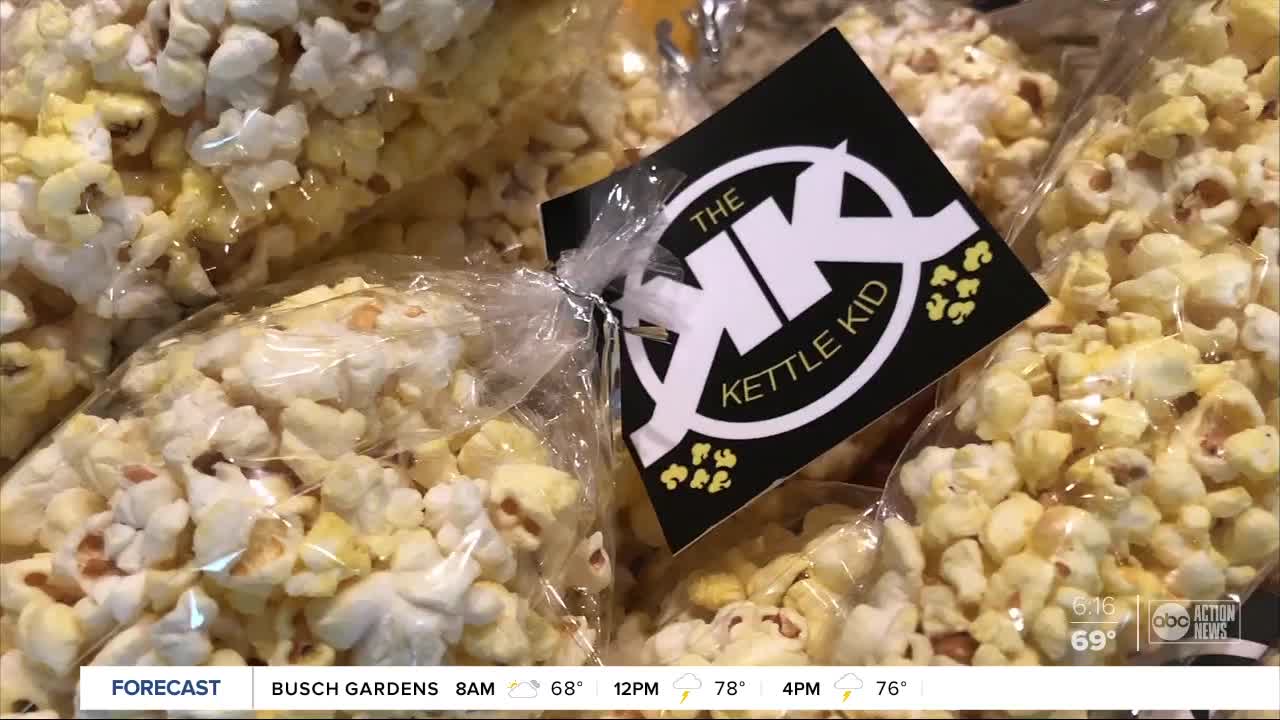 Avery Carter is a 14-year-old foodies and businessman who turned his peanut allergy into a hot-selling popcorn business. Story: http://bit.ly/2VqARmj 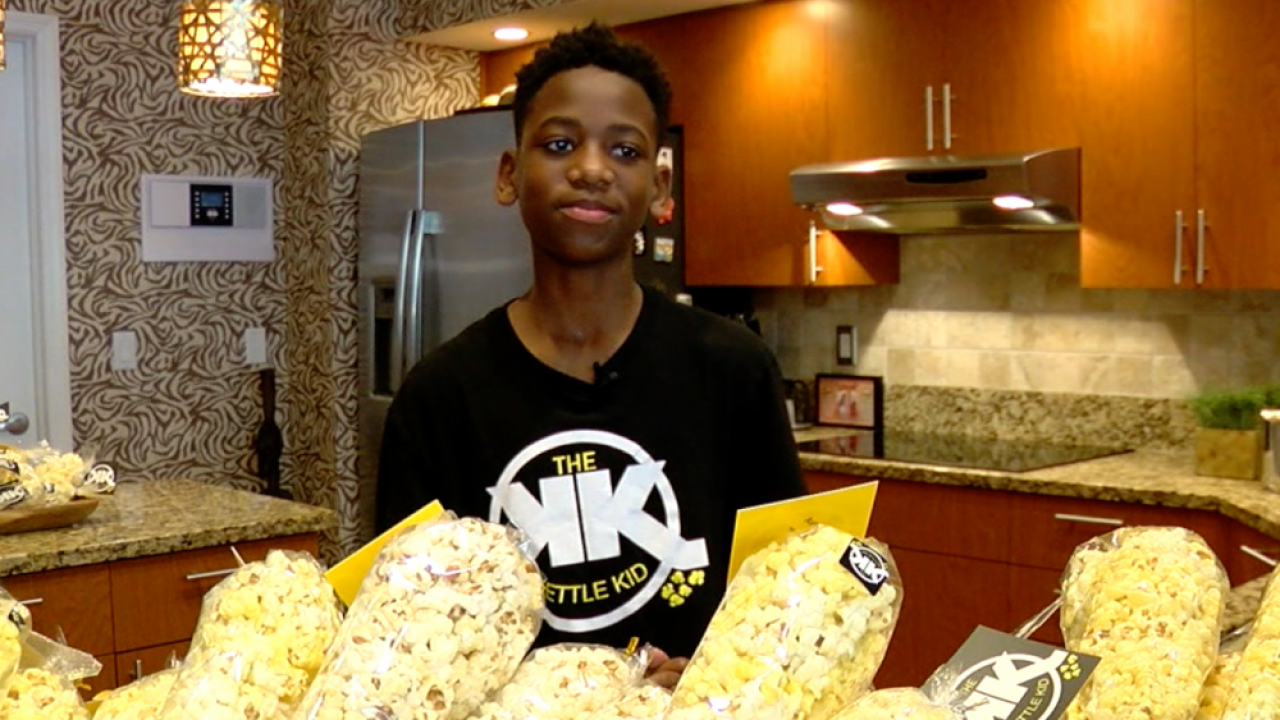 VALRICO, Fla. — Like most superheroes, the Kettle Kid has a cool origin story.

Not too long ago, doctors diagnosed Avery Carter, a 14-year-old foodie, with a peanut allergy.

“So I started making kettle corn as a substitute snack,” Avery says.

But as it turns out, his popcorn was good. Like, really good.

“It’s crazy how the business took off so quick,” Avery says, shaking his head with a smile.

In just a few months, the Kettle Kid is earning a few thousand dollars a month, selling his gourmet snack online and at area farmer’s markets.

He does his cooking in an area commercial kitchen, experimenting with flavors like Tangy Twist, Full Fire Corn and Leapin’ Lemon Pepper.

His mother, Dr. Zakia Carter-Melton, says her son’s success is about more than money. It is helping him with his shyness.

“Because he has to deal with customers, it’s pulling him out of his shell,” Carter-Melton says.

The Kettle Kid loves feeding people, and plans to expand his business in the future.

After all, he’s good at popcorn but he might be even better at something else.

“Chicken,” Avery says with a smile.