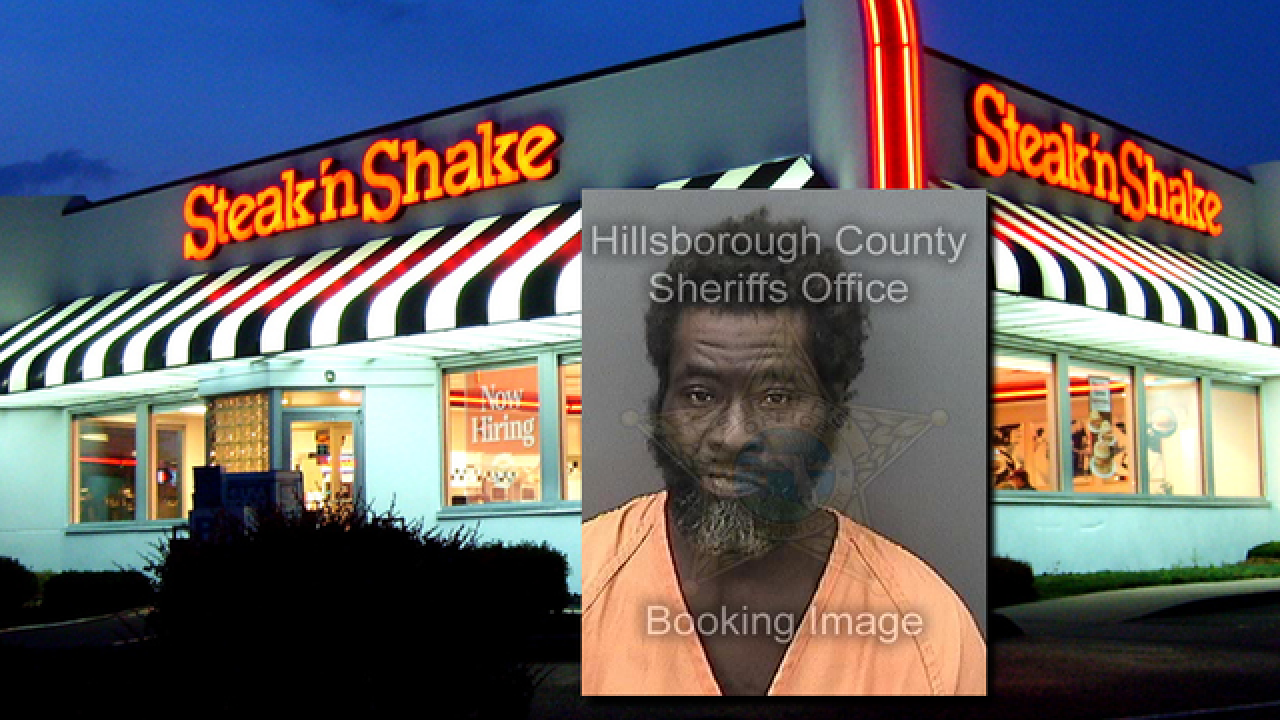 TAMPA, Fla — Hillsborough County deputies arrested a man they say urinated in front of dozens of people in the middle of a Steak ‘n Shake on Saturday night.

James Steadman, 45, was sitting in a booth inside the Steak ‘n Shake on E. Fowler Avenue in Tampa around 11:40 p.m. That's when deputies say he stood up, unzipped his pants, exposed his genitals and began urinating on the floor in the dining area of the restaurant. When he was finished, he went back to sleep in the booth.

Deputies say that approximately 30 customers witnessed the incident. HCSO says that Steadman created a health hazard and was endangering the safety of the other customers.

Steadman was arrested and charged with indecent exposure.