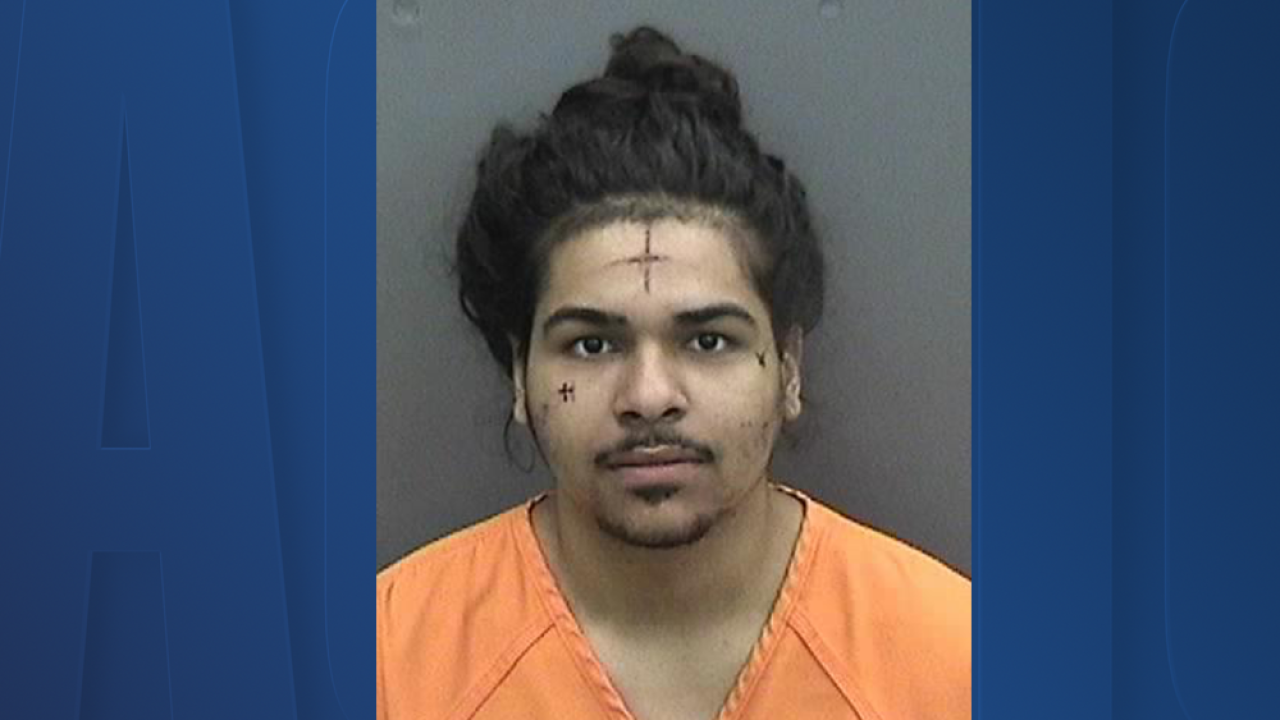 HILLSBOROUGH COUNTY, Fla. -- A man is accused of biting his elderly neighbor's ear and attacking deputies in Riverview.

The Hillsborough County Sheriff's Office responded to a call of an attack on Hillcrest Drive in Riverview just after 2 a.m. on Monday, May 25. Deputies were told 21-year-old Isaiah Velez bit the neighbor's ear and then tried to stab him with the broken glass.

Upon arrival, deputies found Velez naked walking down the street, according to HCSO. Despite efforts to calm Velez down, he began attacking the deputies on scene, HCSO said.

Velez is charged with attempted burglary of an occupied dwelling, criminal mischief $200 or less, aggravated assault with deadly weapon, resisting officer with violence, grand theft motor vehicle, lewd and lascivious behavior, battery on a victim over the age of 65 and four counts of battery on a law enforcement officer.