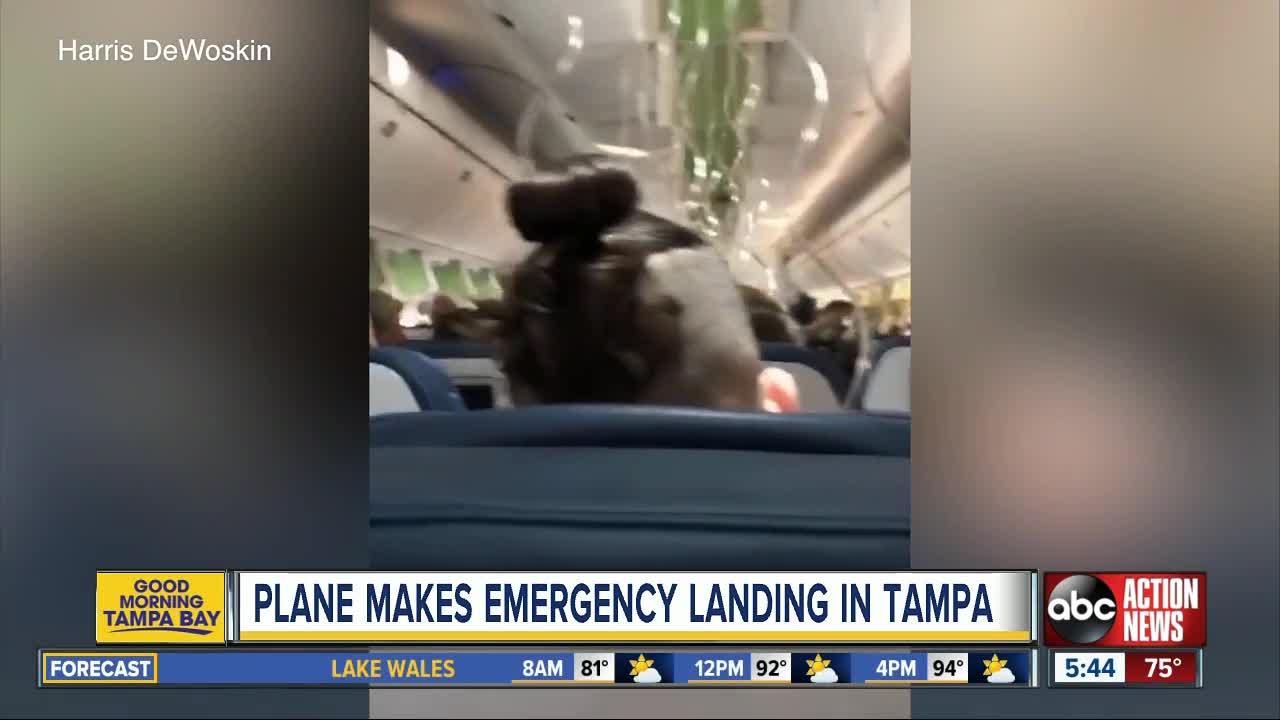 A Delta flight to Fort Lauderdale plunged due to a “cabin pressurization irregularity en route." 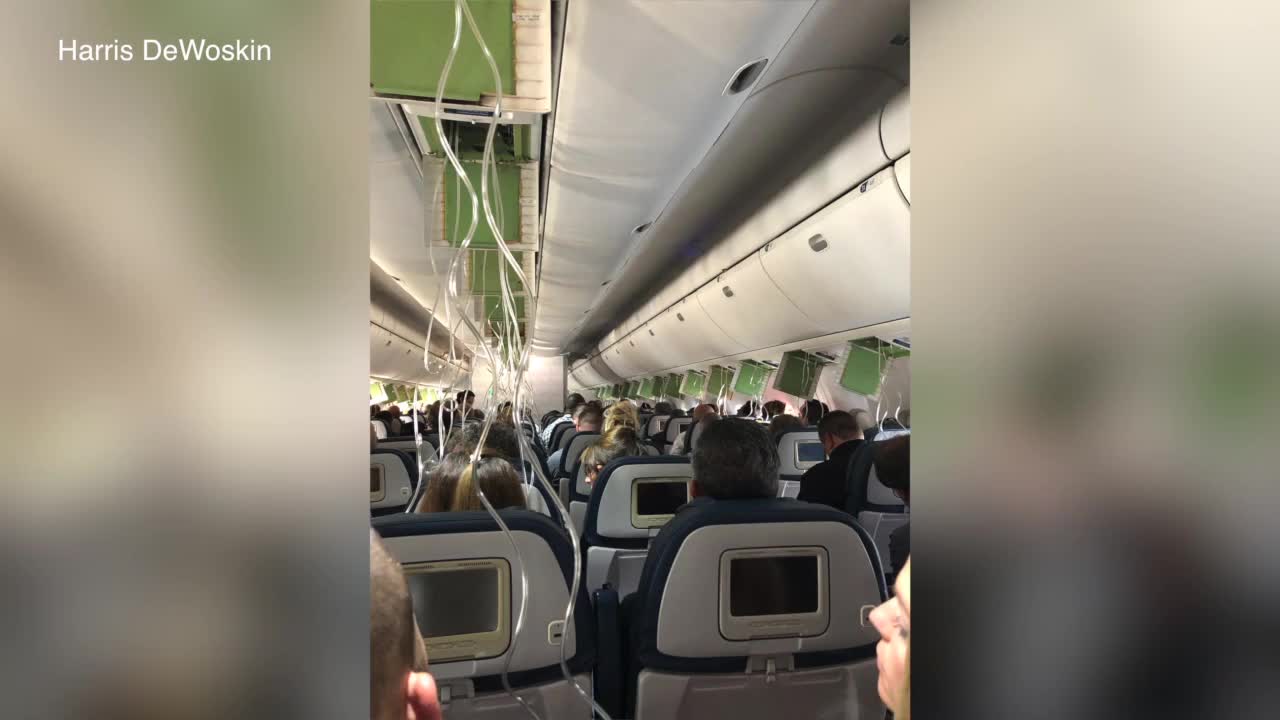 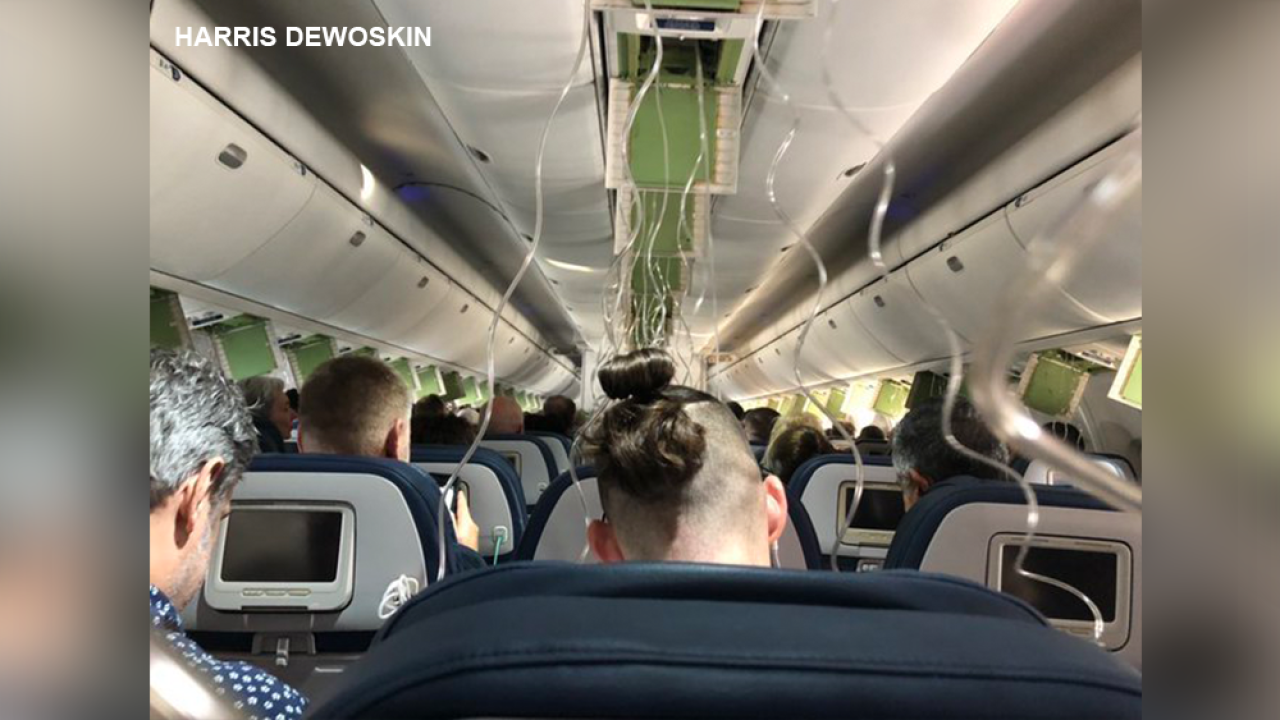 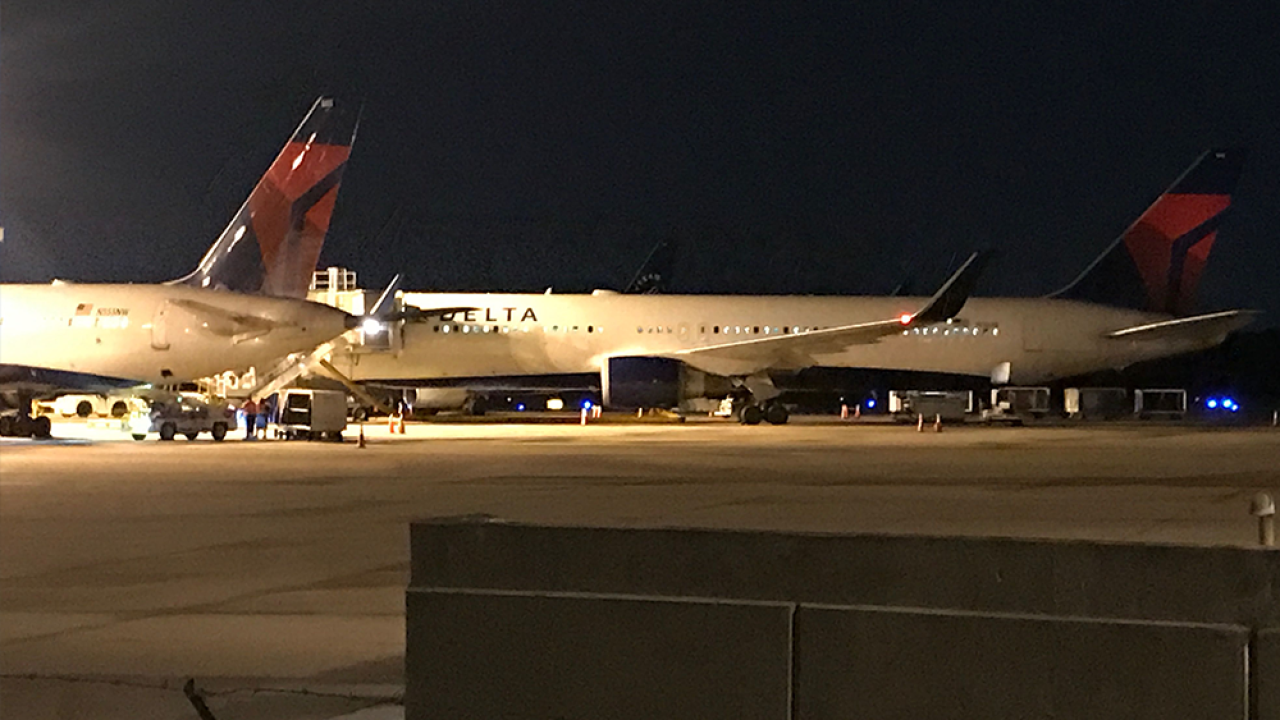 TAMPA, Fla. — A Delta flight was halfway through a trip from Atlanta to Fort Lauderdale when pilots plunged due to what Delta described as a “cabin pressurization irregularity en route."

Flight 2353 from Atlanta to Fort Lauderdale, “diverted to Tampa out of an abundance of caution and landed without incident following a cabin pressurization irregularity en route,” a Delta spokesperson said in a statement.

Harris DeWoskin, one of the passengers in that plane, said the experience was terrifying.

A FlightAware map shows the plane turning around over the Gulf Of Mexico just south of Tampa. DeWoskin said the plane plunged so fast he didn’t know what was going on.

“Out of nowhere, I felt what felt like a sort of a rapid descent,” DeWoskin said. “We started dropping in altitude and then air masks the oxygen masks dropped from the top of the plane, chaos sort of ensued amongst the passengers. Initially, it was sort of a panic there wasn’t really any forewarning. The oxygen masks dropped down then one of the flight attendants, I believe, grabbed the intercom and was just repeatedly over the intercom stating ‘do not panic, do not panic,’ but, obviously, it’s a hectic moment. So, the passengers around me a lot of people were kind of hyperventilating breathing really hard.”

Delta said the passengers deplaned in Tampa without incident.

Below is the full statement released by Delta:

We apologize to our customers on flight 2353 from Atlanta to Fort Lauderdale, which diverted to Tampa out of an abundance of caution and landed without incident following a cabin pressurization irregularity en route.

The plane is grounded at TPA and is getting evaluated by maintenance technicians.