There were no injuries reported after a condominium fire in Tampa on Saturday.

TAMPA, Fla. — There were no injuries reported after a condominium fire in Tampa on Saturday.

Officials say the fire was at the Villa Sonoma Condominiums at International Plaza.

Responding crews found smoke and flames coming from the roof on the south side of the four-story condo complex. Firefighters entered the units below the flames, but found no fire damage inside.

The fire appeared to be in the attic area between an interior and exterior wall behind a facade.

Crews continued to flow water in that narrow space and were able to get the fire contained quickly and had it under control by 1 p.m.

Residents evacuated from the building quickly and property management was on the scene to assist the residents and the incident commander. 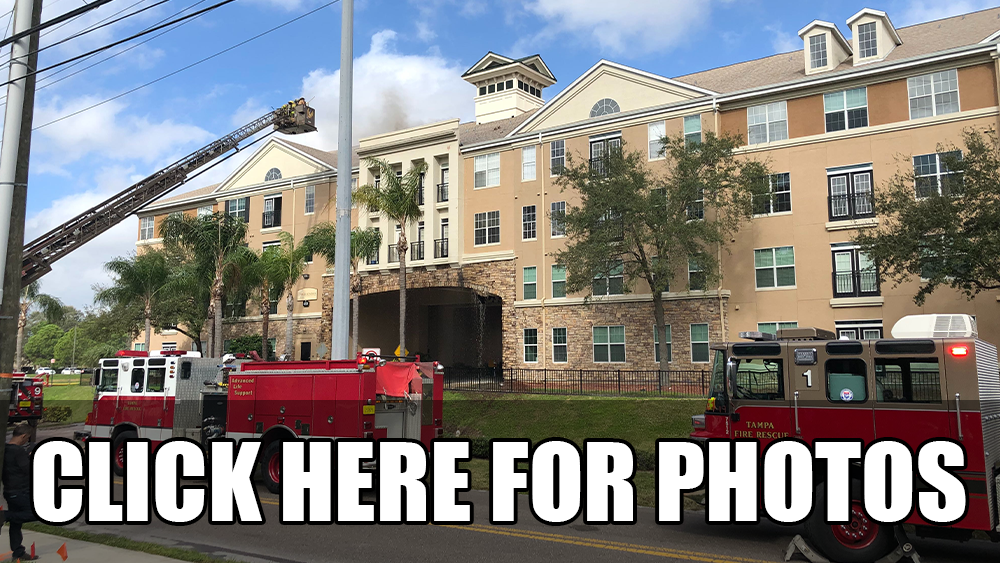 There were no injuries to residents or firefighters.

The American Red Cross is working with property management and the fire marshal to determine the number of residents displaced.

Investigators have started the task of determining the cause and origin of the fire. Between four and 12 apartments are affected, but primarily with smoke and water damage.

The fire marshal will determine when it is safe to restore power to the building and allow residents to return home.