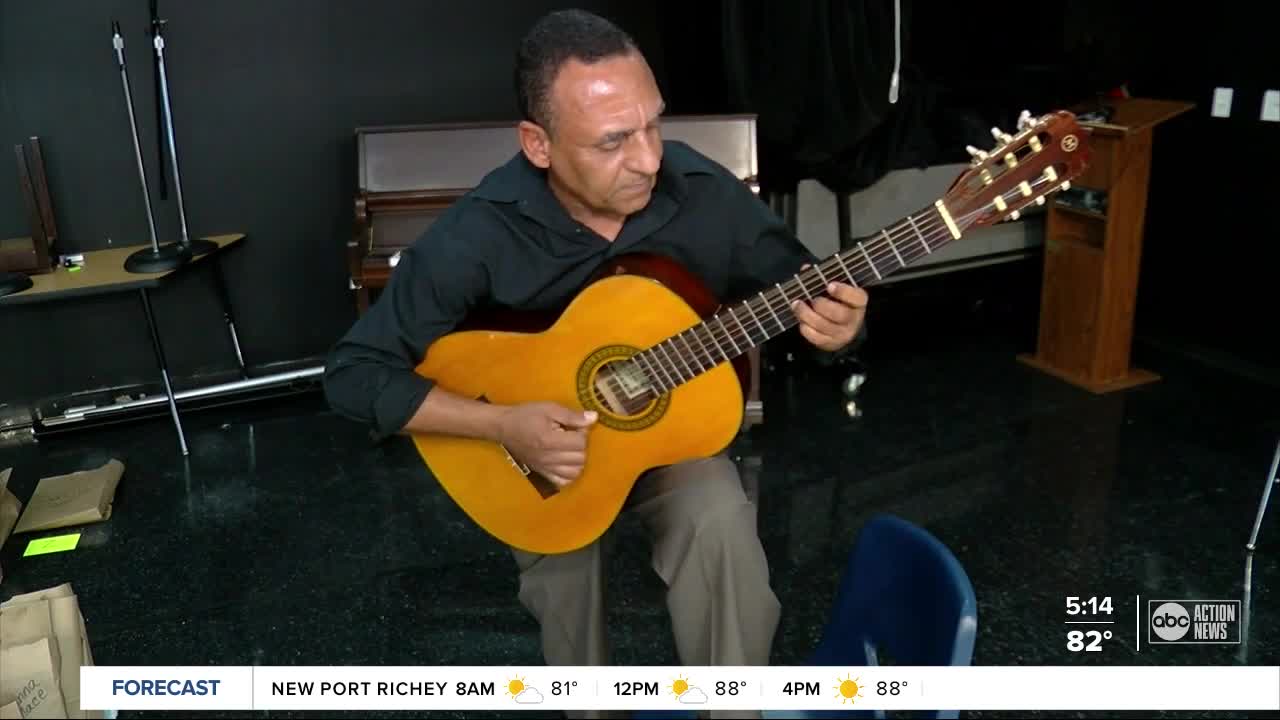 Andres Blanco, a custodian at Farnell Middle in Tampa's Westchase neighborhood, uses his amazing musical chops on piano and guitar to comfort colleagues as they prep school for reopening. Story: https://wfts.tv/31g2sIv 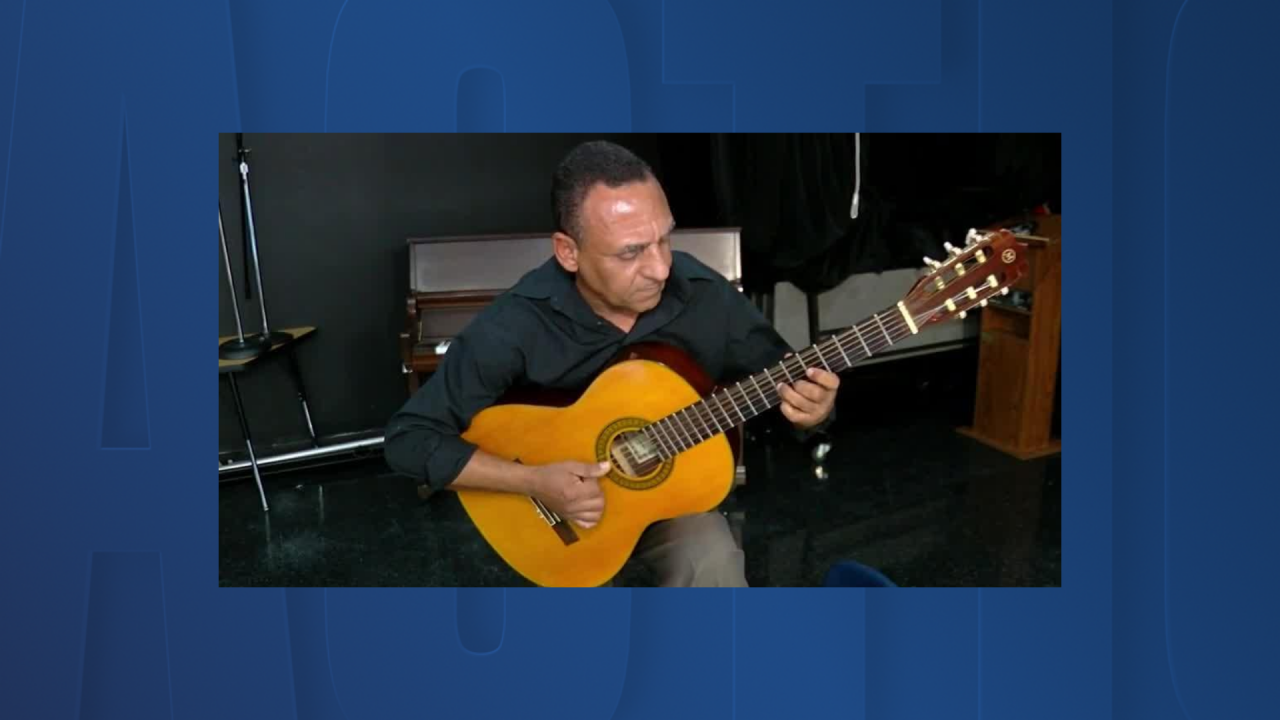 "I thought one of the teachers had their phone playing," says the head of Farnell Middle School in Tampa's Westchase neighborhood.

As he walked into the school cafeteria and performance space, the principal couldn't believe his eyes, either.

"Oh my god, that's one of my custodians playing the piano!" Binder laughs.

Indeed, Andres Blanco is a beloved custodian at Farnell. But Binder didn't know he could play like THAT.

Just eight years ago, Andres was still living in his Cuban homeland, where he taught himself piano and guitar.

He turns 60 soon, a humble man of few words, but his tremendous music speaks volumes.

"I support them," Andres says about the teachers and staff that often relax by listening to him practice during the day.

To say there are mixed emotions at schools all over the country is an understatement. There's never been a back-to-school quite like this one.

So Binder welcomes Andres's musical gift now more than ever.

"People are now coming to the cafeteria just to hear him," says Binder. "Especially with everything that's going on right now, it's quite a treat."

Andres can't read music. But he's hoping that won't stop him from his musical dream. When school reopens, he wants to jam with the students.

Principal Binder says they're going to make that happen.