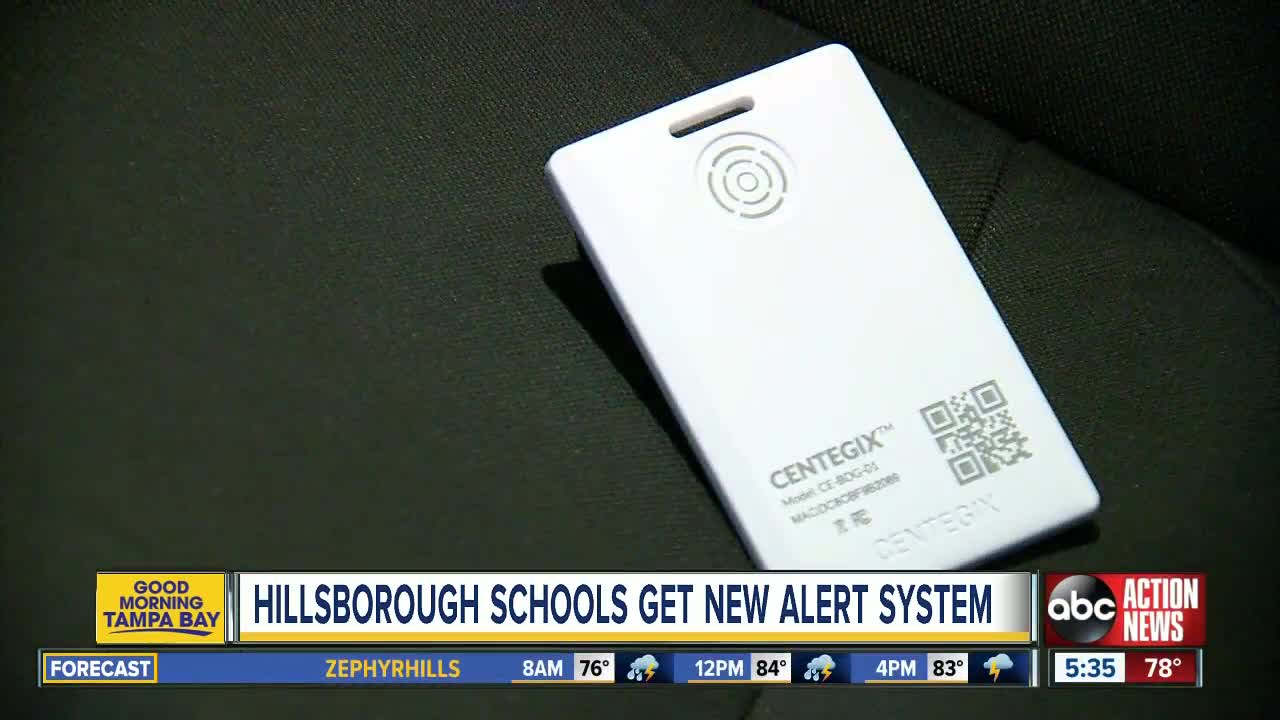 Teachers will wear a CrisisAlert badge and with the touch of a button, an alert can be sent to school resource officers. 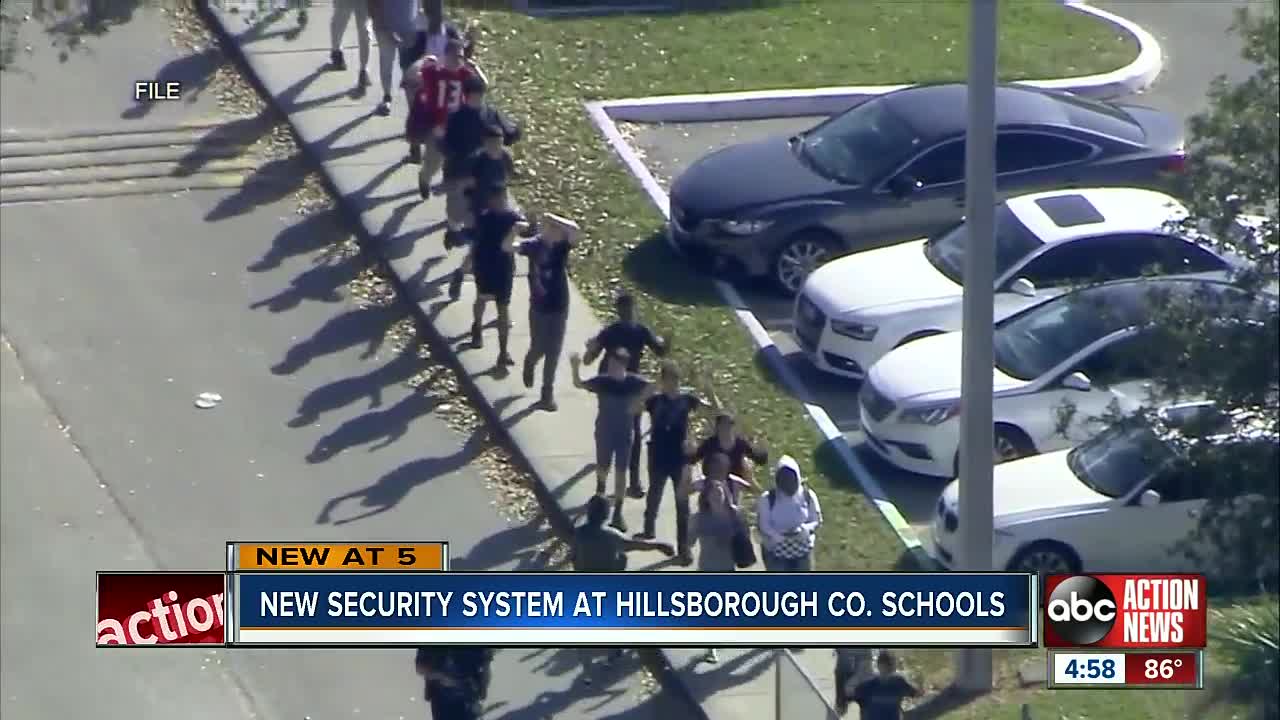 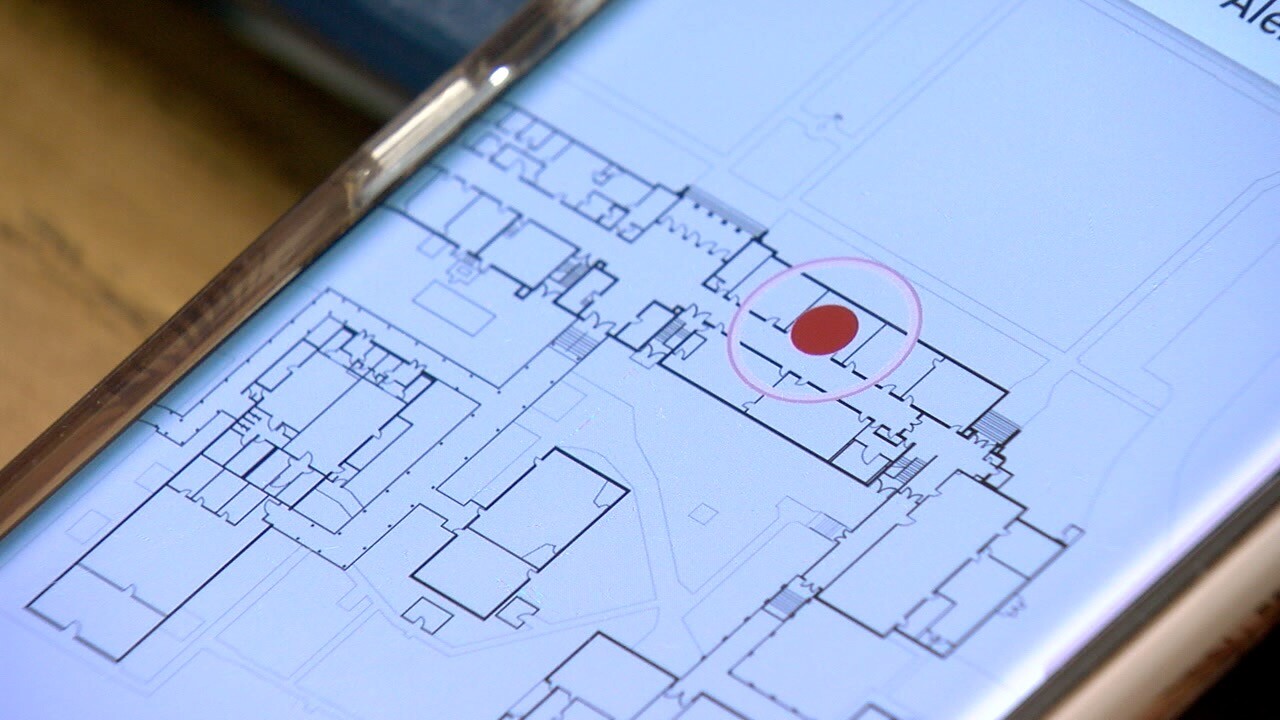 HILLSBOROUGH COUNTY, Fla. -- The threat of a school shooting is the reality now at schools across the U.S.

Fear lingers in the back of his mind a lot.

"My main concern when I go to school is to get my education, but just the thought of the possibility of an attacker coming to school kind of frightens me a little bit,” he said.

Hillsborough County schools hope to speed up response time when there is a medical emergency, fight, or something more serious like an active shooter, weather event or bomb threat.

RELATED: Florida school districts could be called out for lacking school safety

The district was awarded $7.6 million from the state's school hardening fund to pay for the program. Centegix is the company behind the security product.

Teachers will now wear a CrisisAlert badge around their neck and with the touch of a button, an alert can be sent to school officials and school resource officers. The faster response time could give students like Seay some peace of mind.

"In my school, we have roughly 3200 students," Seay said. "We only have one school resource officer."

During a campus wide alert, strobes will flash different colors based on the type of emergency and a message will come over the intercom.

"Before we would have to pick up the telephone, call the office, the office would then have to call the lock down. This response is immediate,” said Amber Cronin, the principal at Pizzo Elementary School.

The CrisisAlert badge will send school officials and even folks on the district level in certain scenarios an alert through an app on their phone and on their computer.

An interactive map shows the school and pinpoints which teacher pressed the badge and where they're located.

"They won’t have to search for where the emergency came from or where it is. They’ll know exactly where it is and they’ll be able to get to us quicker,” said Seay.

The district says the system will be installed in all of its schools fall 2019, but won’t be active and functioning entirely until January.