On the Run! Escaped zebra runs into truck, injures driver in Hillsborough County 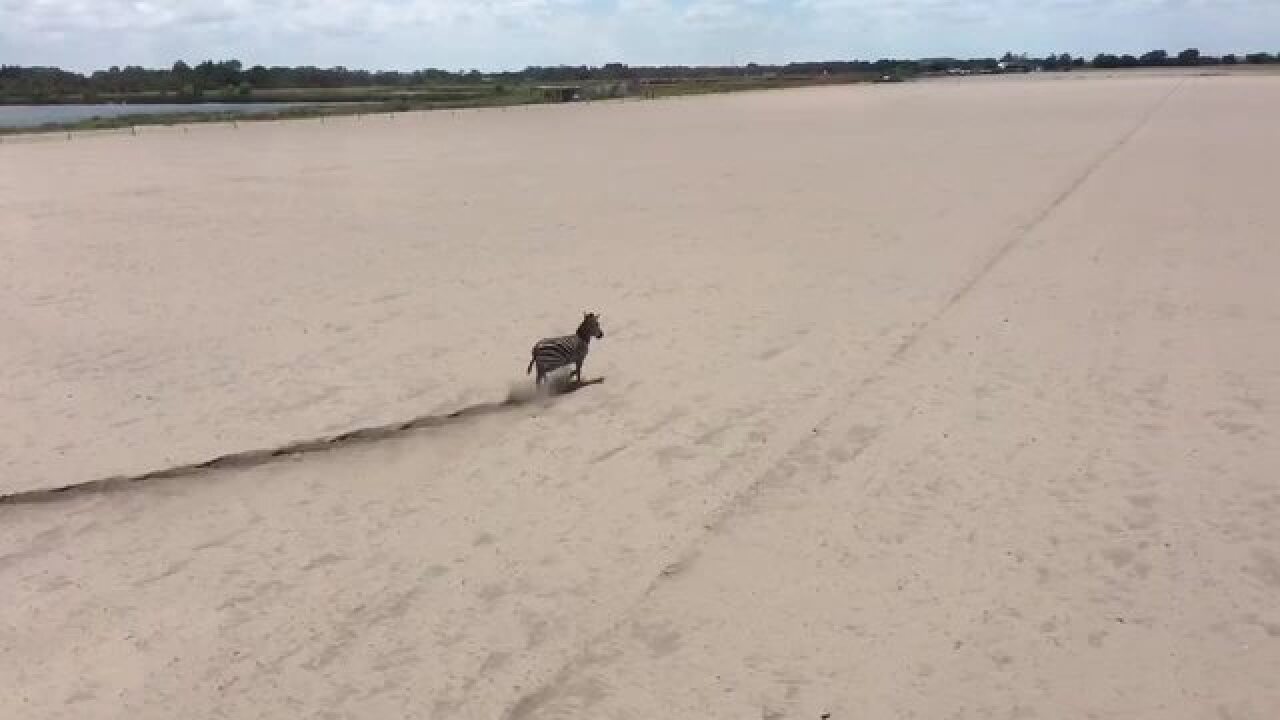 An escaped zebra caused quite a scene in Hillsborough County on Friday.

At about 2:00 p.m., the driver of a Ford F-150 pickup truck was traveling westbound on SR-672 just east of Amber Sweet Lane in Wimauma when a zebra that was walking along the side of the road ran into the driver's side of the truck.

The impact broke the side mirror and shattered the mirror.  Some of the glass hit the driver.

After the impact, the zebra ran into a field.  The Hillsborough County Sheriff's Office aviation team responded and was able to guide the zebra in a safe direction.  It was corralled by deputies and employees of its owner.

The zebra was returned to the owner, and the driver was transported to Brandon Hospital.

Mark Ross captured the zebra on video running through his backyard and posted it to Facebook.

"I kept telling myself, 'there's no way there's a zebra in my backyard,'" said Ross. "I was taking video all the way across to the point where I could get something to prove I wasn't crazy."

Animal owner Jennifer Caudill isn't saying how the zebra escaped her gated compound in Balm and workers on the property did not want to comment.

Florida Fish and Wildlife Conservation tells ABC Action News, the owner does have the proper permits to house captive wildlife.  A spokesperson says Caudill's property passed an on-site inspection within the past 30 days.

While FWC investigates if charges will be filed against Caudill, neighbors can laugh about a once-in-a-lifetime encounter.

"I don't think he was trying to run me over but you couldn't tell," said Ross. "You could hear the hooves and I got out of the way."