Dog shot in head multiple times recovering thanks to rescuers

A dog found in Plant City is recovering from two gunshot wounds to the head.

HILLSBOROUGH COUNTY, Fla. — A dog with two gunshot wounds in the head is recovering thanks to rescuers and a team of veterinarians in Hillsborough County.

"He was in pretty rough shape. He had multiple bullet wounds and it was pretty painful," Blue Pearl Veterinarian Dr. Nancy Pesses said.

X-rays showed bullet fragments still inside of Dexter's head and two large bullet wounds among many other injuries. 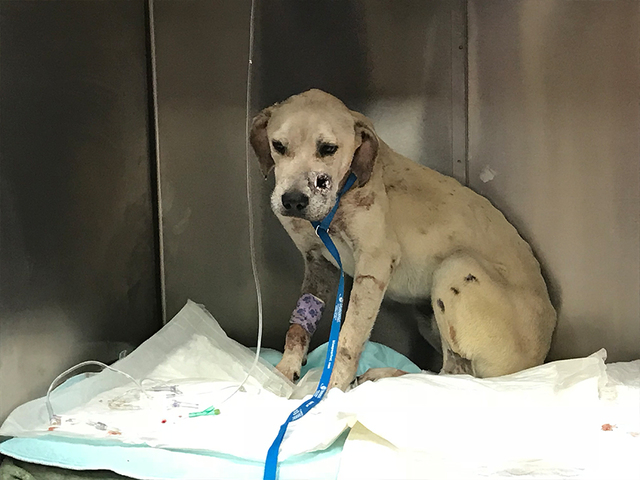 "It's inexcusable to do something like that to a dog that can’t defend himself," Sooz Woolley of Labrador Retriever Rescue of Florida said.

Labrador Retriever Rescue of Florida is helping with the $7,500 vet bill to help save Dexter’s life

"Do to the immense amount of pain that he’s in, he’s barely been able to eat, we’ve syringe fed him," Pesses said.

Dexter has severe jaw and oral damage from the bullet and will need more surgery and it could be months before he’s feeling better.

"It really makes me angry. I’m a really pragmatic person but when I see something like this, as a rescue we said yes, we’ll help the dog do whatever we have to do," Woolley said.

Though he’s got a long road ahead, the good news is that road will likely lead Dexter to a happy home.

Animal control is still investigating what happened and if they can verify illegal action was taken they will forward the case to law enforcement.