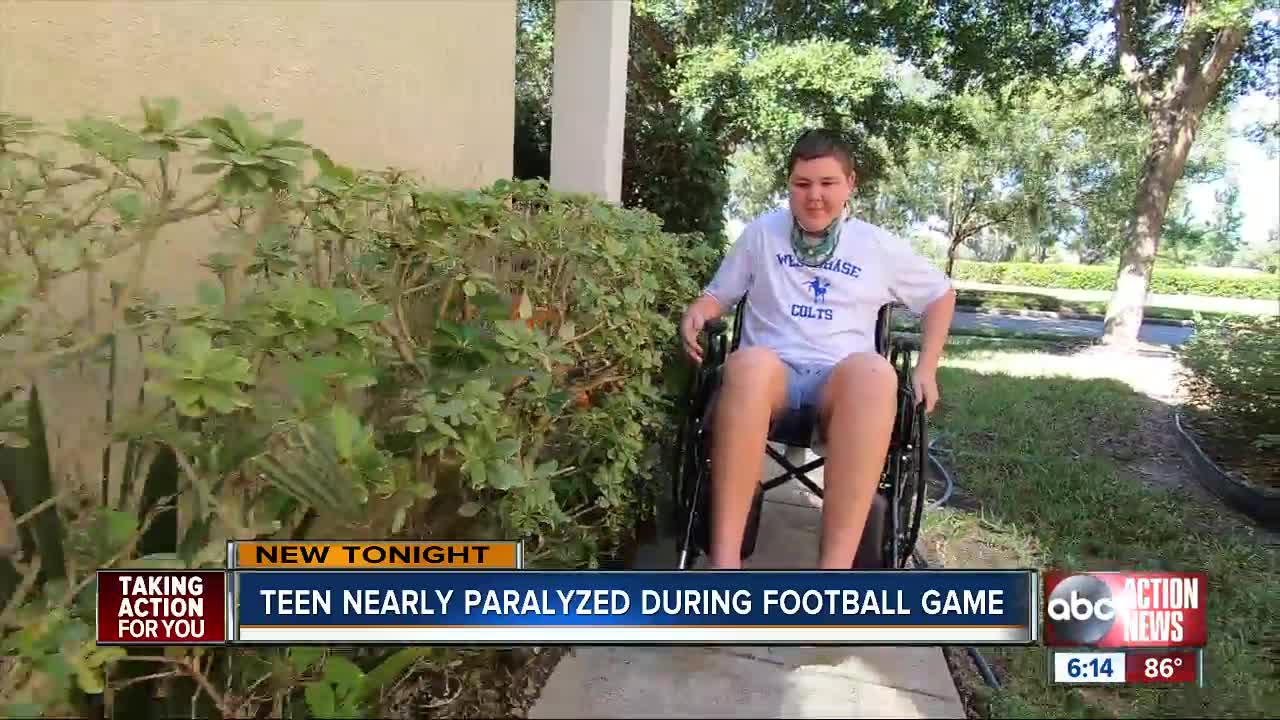 Doctors say a Florida teen is lucky to be walking after a spinal cord injury on a football field during a Pop Warner game earlier this month. 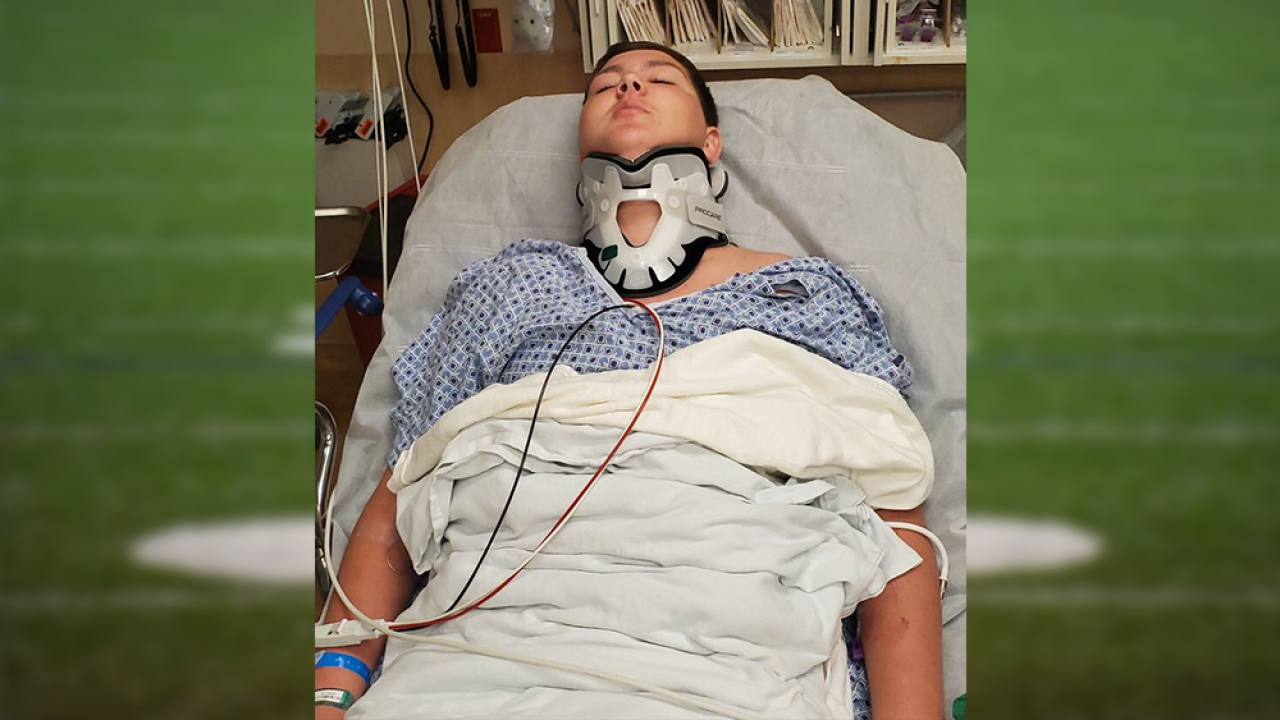 HILLSBOROUGH COUNTY, Fla. -- Doctors say a Florida teen is lucky to be walking after a spinal cord injury on a football field during a Pop Warner game earlier this month.

Tyler Menard, 14, plays offense and defense for the Westchase Colts Pop Warner team. On October 5, the team was playing a team in Ft. Myers when Menard was knocked to the ground.

His father, Max, tells ABC Action News it was like a one in a million hit that left his son immediately with a concussion.

"The hit was perfectly legal," his family said.

However, after Menard was escorted to the sidelines, his father said he quickly started to deteriorate.

The Hillsborough County teenager started to lose feelings in his hands and feet. After being rushed to the hospital, Menard spent several days in the ICU at All Children's Hospital in St. Petersburg.

However, his recovery time was not what doctors expected.

Menard's father tells us he went from one to two week prognosis, to he was out of the hospital in four days.

The family says the prayers from other football families, on both his team and the opposing teams have helped Menard as well.

"That shows the family between football," said Max.

The team's director tells ABC Action News that in 25 years of being involved in the organization, this has never happened.

He tells us safety is the priority for their kids, and that's why coaches and trainers have the latest training. The football equipment is all recertified annually, just like high school football teams.

Menard will be unable to continue this semester of school at Hillsborough High School, and will instead enroll in virtual school as his road to recovery will be a lot of therapy.

Despite the injuries, Menard tells us he is determined to make his way to the field again.

The Westchase Colts are sponsoring a fundraiser to help the family. Those interested in participating in the fundraiser can click here for more information.