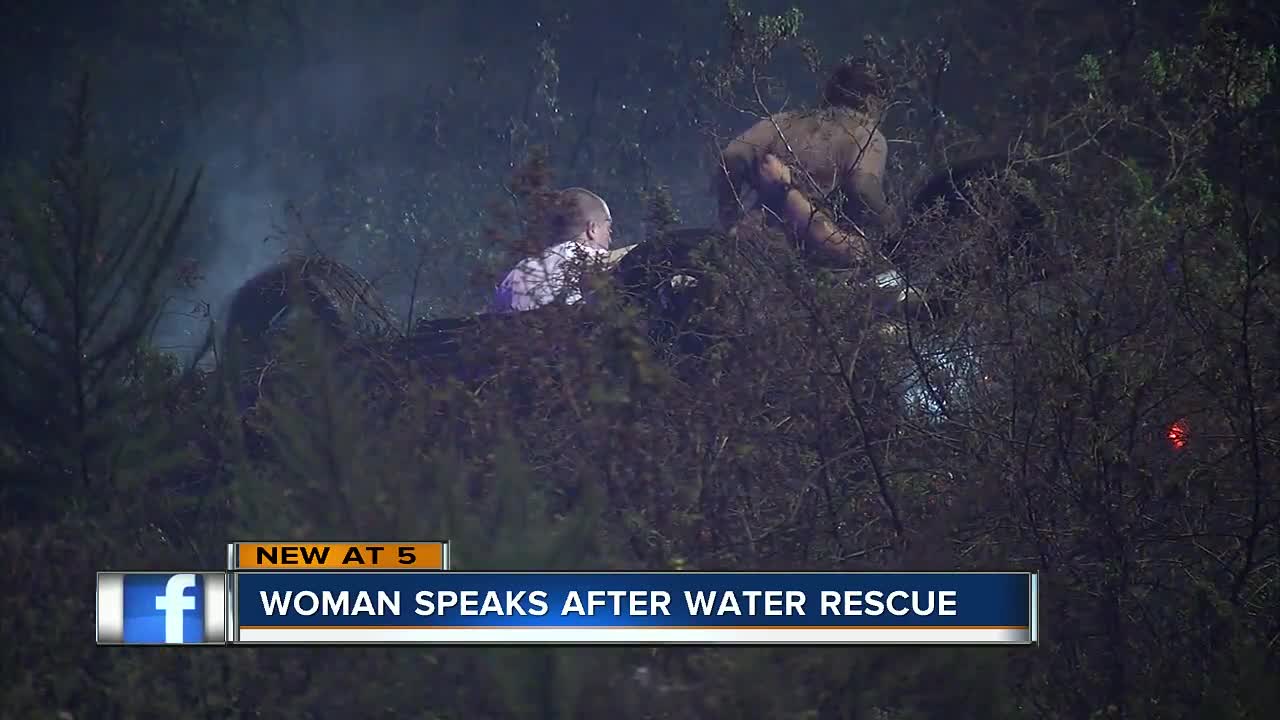 Amanda Antonio ended up in a water-filled ditch after another vehicle cut her off on Interstate 4. 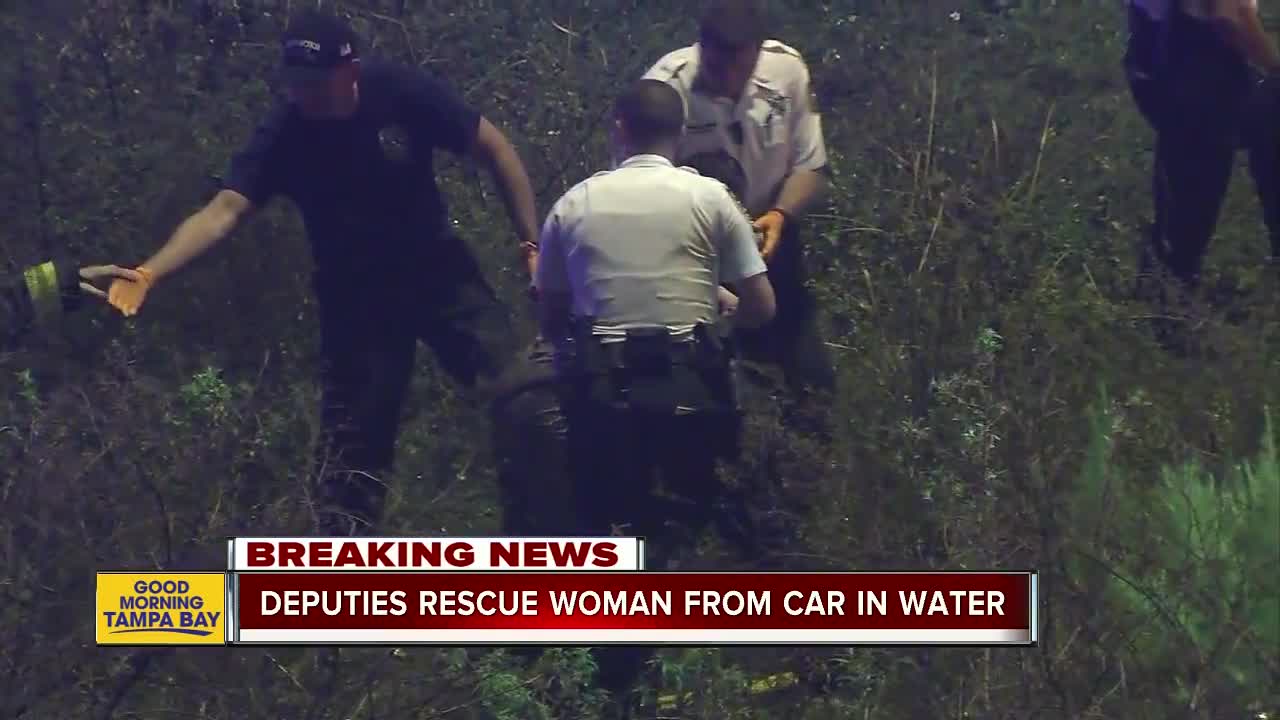 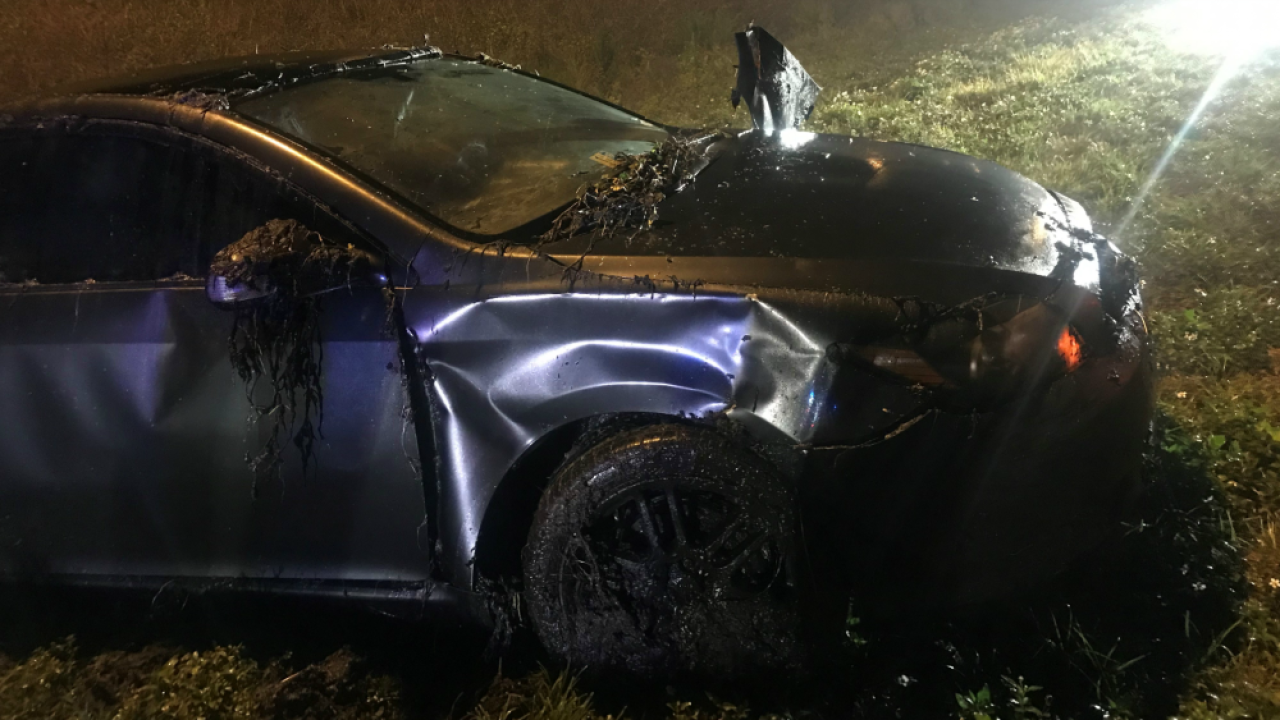 HILLSBOROUGH COUNTY, Fla. — A Tampa woman managed to survive nearly drowning after she was trapped in sinking car thanks to Hillsborough County Sheriff's Office dive teams.

The Florida Highway Patrol says Amanda Antonio, 20, was driving eastbound on Interstate 4 just past the U.S. 301 exit when another vehicle cut her off, causing her to lose control of her 2008 Toyota Scion.

Troopers say Antonio drove off the interstate, her SUV ending up overturned and slowly sinking in a deep, water-filled ditch.

The mucky brownish water quickly rose up from Antonio's chest up to her neck.

Dispatchers received her desperate call for help at 3:48 a.m.

"We had thirteen units trying to race up-and-down I-4 near the fairgrounds in a dense, dense fog," said Hillsborough County Sheriff's Office spokesman Daniel Alvarez. "Our lights are bouncing back at us from the fog as we're trying to find this woman that is literally drowning."

One deputy eventually spotted the back end of the SUV sticking out from the waist-deep muddy water. The deputy helped calm Antonio down and keep her in an air pocket until the Sheriff's Office Dive Team could arrive.

Deputies Chris Sullivan and Jeremy Pollack quickly realized they needed to get to Antonio very quickly.

"It was thick, disgusting muddy water that came up to your chest and was very difficult to move through," said Dep. Chris Sullivan, a member of the HCSO Dive Team.

The two deputies believe Antonio would not have been able to get out of the Toyota by herself as the SUV was nearly encased in mud.

Dep. Sullivan went into the water with an oxygen tank in case the air pocket disappeared. He could only pry open the driver's door eight inches due to the mud.

Dep. Pollack eventually freed Antonio through the passenger's side door which was not as encased in muck.

"As a dive team it's not a lot of chances that we get to actually have someone walk away from the scene, so we're very fortunate," said Dep. Sullivan.

The Florida Highway Patrols reports Antonio suffered only minor injuries in the crash. Paramedics transported her to Tampa General Hospital for treatment.

"New Year's we usually have stories that are tragic. Bad accidents. Today was a great scenario where everything just came together the right way," said Alvarez. "We fought the mud. We fought the weather. We fought the lack of knowing where she was. She came out alive because of a really good team effort."

Investigators said Antonio was wearing a seatbelt and alcohol was not a factor in this crash.