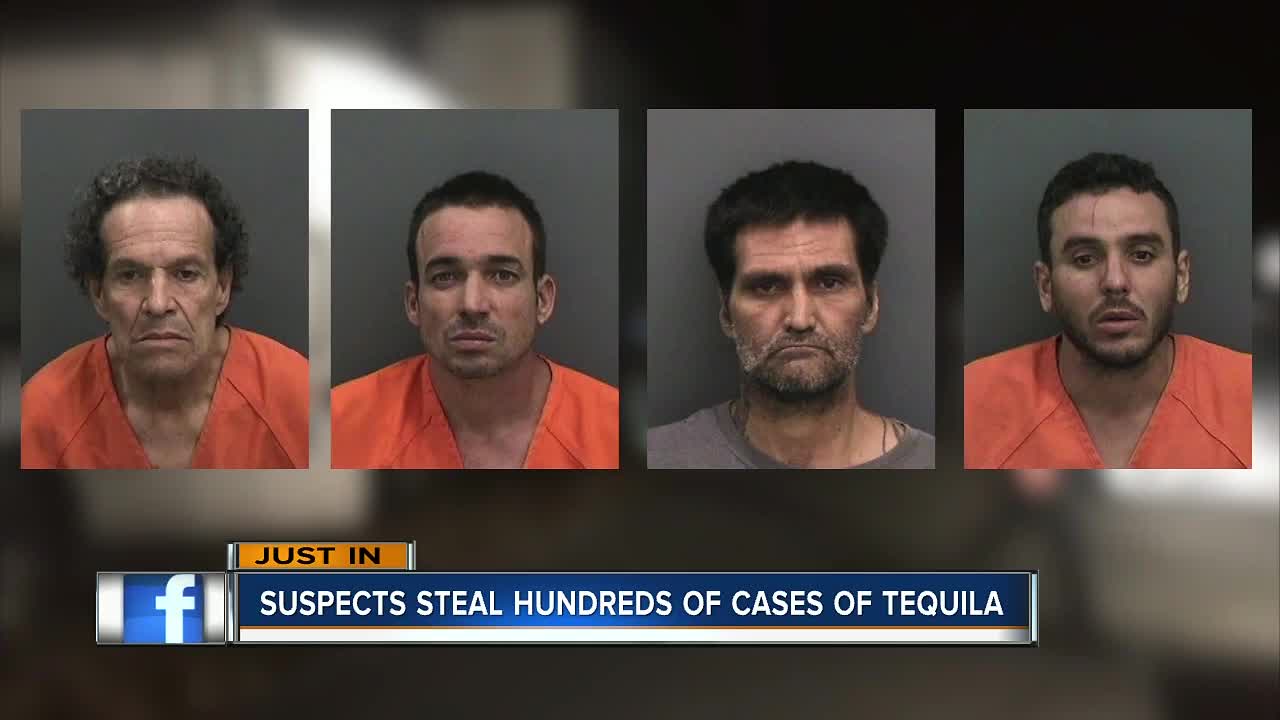 Hillsborough County deputies recovered over half a million dollars of stolen tequila on Sunday night. 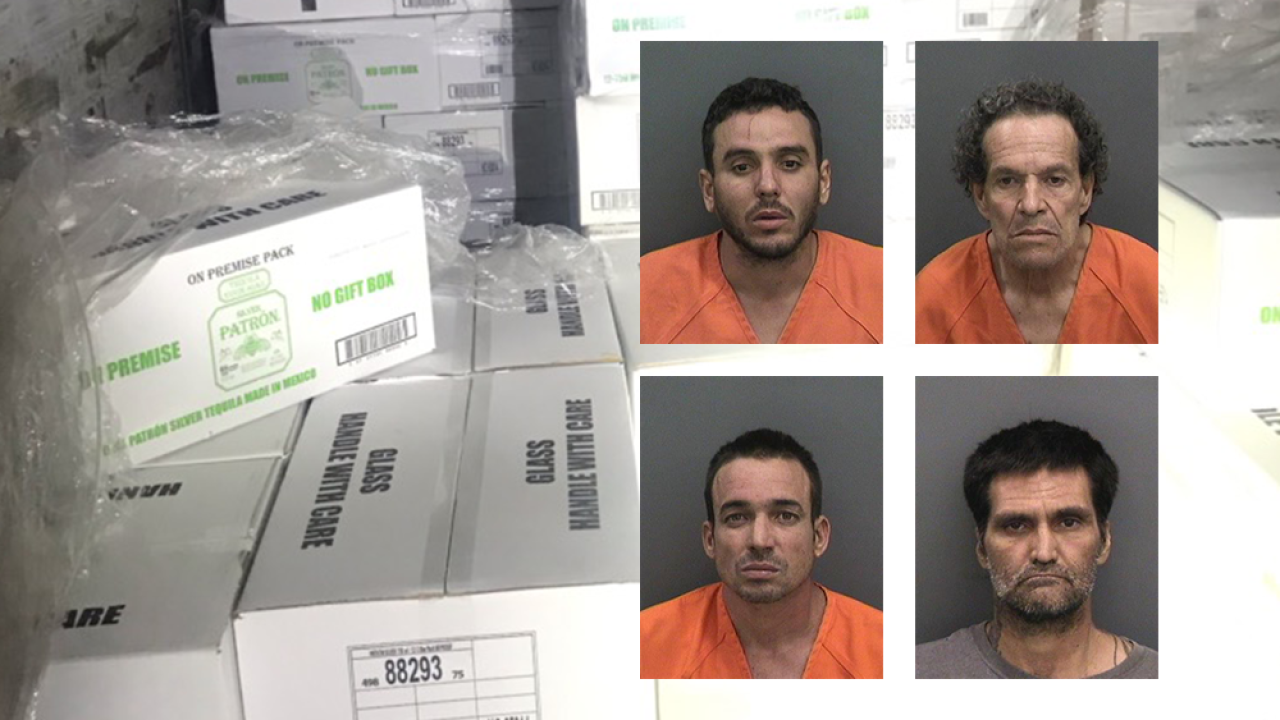 According to the Hillsborough County Sheriff's Office, the four thieves were caught red handed trying to get away with several hundred cases of Patron Tequila.

Vidal Estrada, 66, Lemuel Escobar, 35, Humberto Ramirez, 37, and Alberto Obaya, 46, have each been arrested and charged with grand theft, resisting arrest and burglary of an unoccupied conveyance. Obaya faces an additional charge of possession of a controlled substance.

Deputies say that around 11 p.m. Sunday, a truck driver hauling the load of tequila stopped for dinner at a Tampa Truck stop on US 301. When he finished his meal, he noticed that his trailer was no longer attached.

Around 12:30 a.m., deputies located the semi-trailer near the intersection of Ike Smith Road and McIntosh Road, approximately 11 miles from the truck stop. Deputies say the four men were transferring cases of Patron Tequila to another box truck that was registered to them. Before the deputies moved in, the men had transferred over 20 cases from the fully loaded 53' trailer. Vidal, Ramirez and Obaya were arrested without issue at the scene. Escobar attempted to flee the scene but was located and arrested nearby at 13910 McIntosh Road.

There were approximately 966 cases of the tequila with a retail value of $507,105. The investigation is ongoing.