Deputies: Suspect on the run after double homicide at Tampa mobile home park 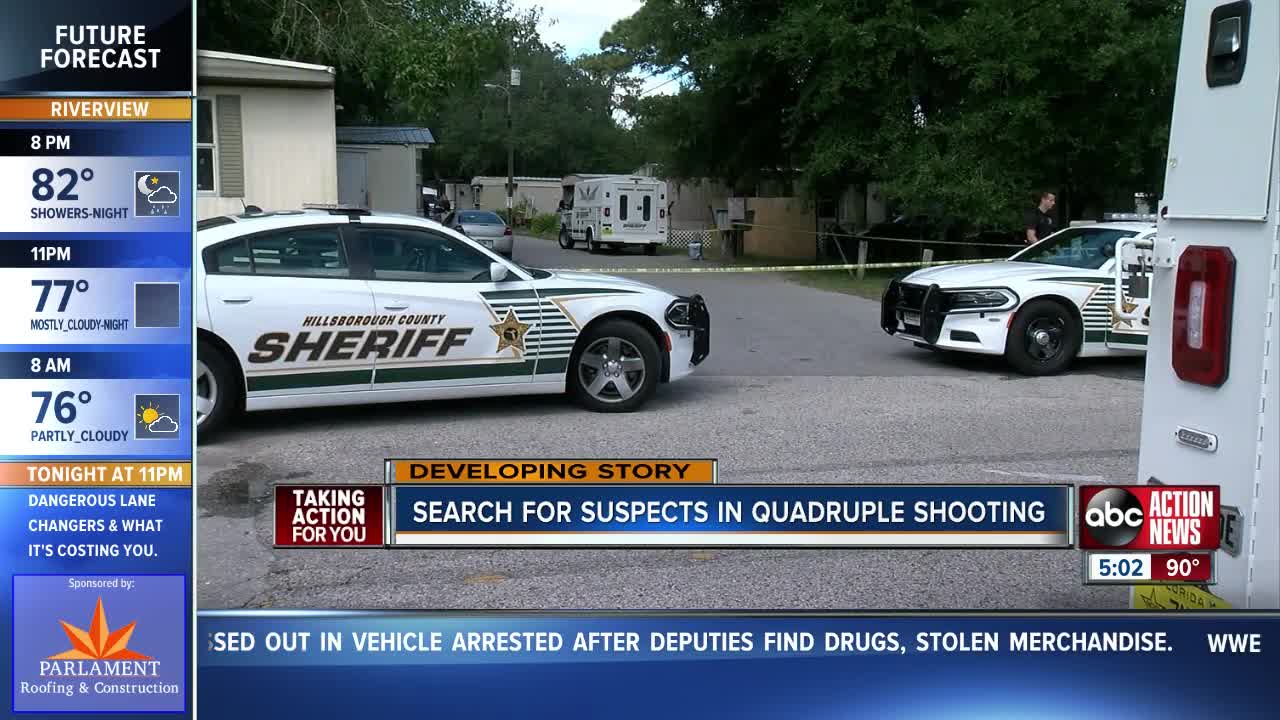 The Hillsborough County Sheriff's Office said four people were shot at the Carousel Mobile Home Park, located at the corner of Falkenburg Road and Hillsborough Avenue. 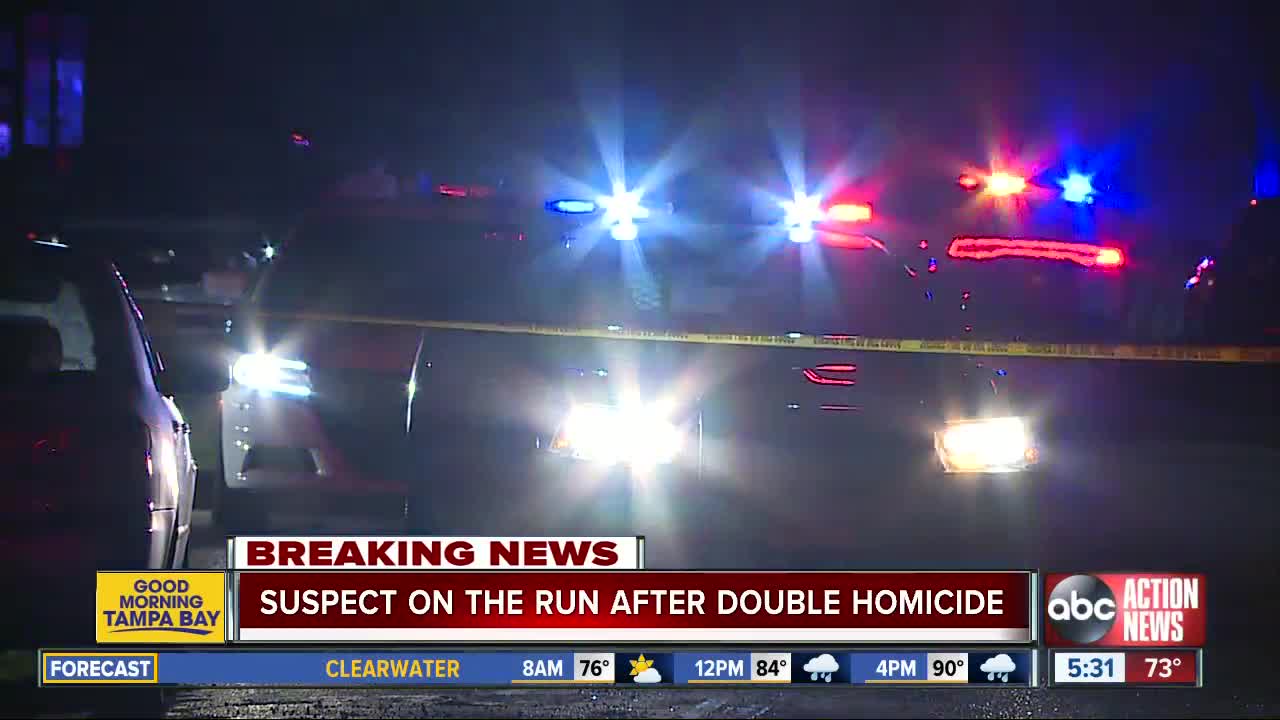 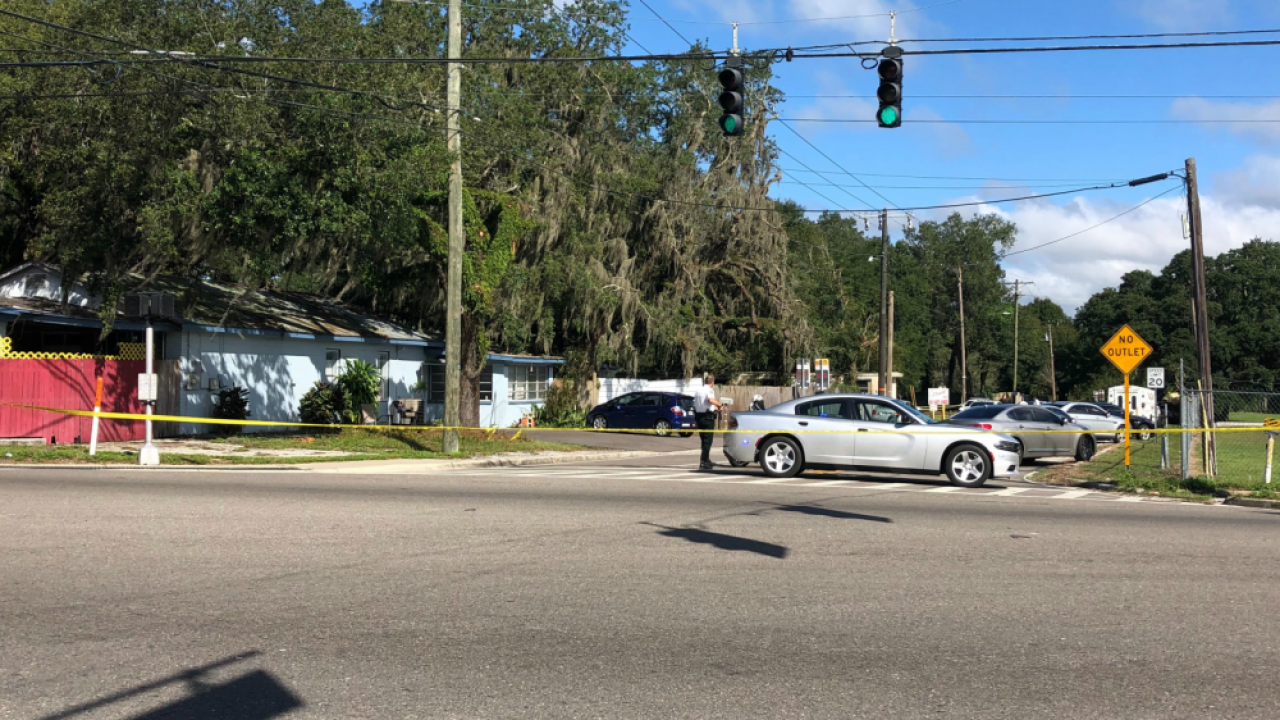 TAMPA, Fla. — Deputies are searching for a suspect after a double homicide at a Tampa mobile home park Thursday morning.

The Hillsborough County Sheriff's Office said four people were shot at the Carousel Mobile Home Park, located at the corner of Falkenburg Road and Hillsborough Avenue.

Deputies said one man was found dead in the common area of the mobile home community and another inside one of the trailers.

They also found a woman in her 60's and a man in his 20's were shot as well. They're both being treated at local hospitals and are in critical but stable condition.

“I was told when deputies arrived it was chaotic but once deputies were able to assess what was going on, they were able to separate everybody, get people medical treatment, EMS — things of that nature until it became stable," said Hillsborough County Sheriff's Office Colonel James Bradford.

At this time, deputies do not have a suspect description and information on the double homicide is limited.

The mobile home park is located across the street from Club 92.