The City of Tampa is unveiling a new recovery program as the 2019 hurricane season approaches.

TAMPA, Fla. — The City of Tampa is unveiling a new recovery program as the 2019 hurricane season approaches.

Hurricane season is three months away and on Wednesday city leaders announced a new program designed to make the recovery process "faster, safer, and more efficient in the event of a major hurricane and massive evacuation." 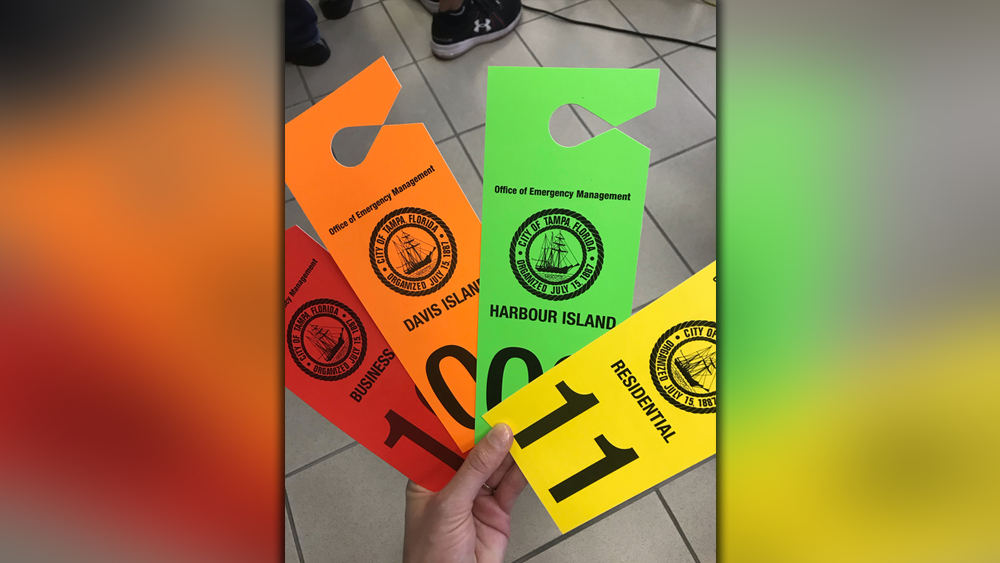 "We will need the assistance of the public for this program to work," said Police Chief Brian Dugan. "If you live in the affected area, please keep an eye out for the envelope. Don't throw it away. Put it in the glove box of your vehicle. That way it will be where you need it when you need it."

The car hangers will help Tampa Police identify residents who evacuate during a hurricane and want to get home more quickly after a storm.

"This plan is something we have been working on in one form or another for a while,'' said Tampa Fire Chief Nick LoCicero. "Considering what Florida has faced over the last two hurricane seasons, I'm pleased that we are able to implement this re-entry program now. It just adds another layer of preparedness for the city."

Police also say it will help them weed out contractors taking advantage of storm victims or looters from neighborhoods after a natural disaster.

“Although we have not been hit with a direct hit in over 90 years, it is going to happen at some point,” said Mayor Buckhorn.