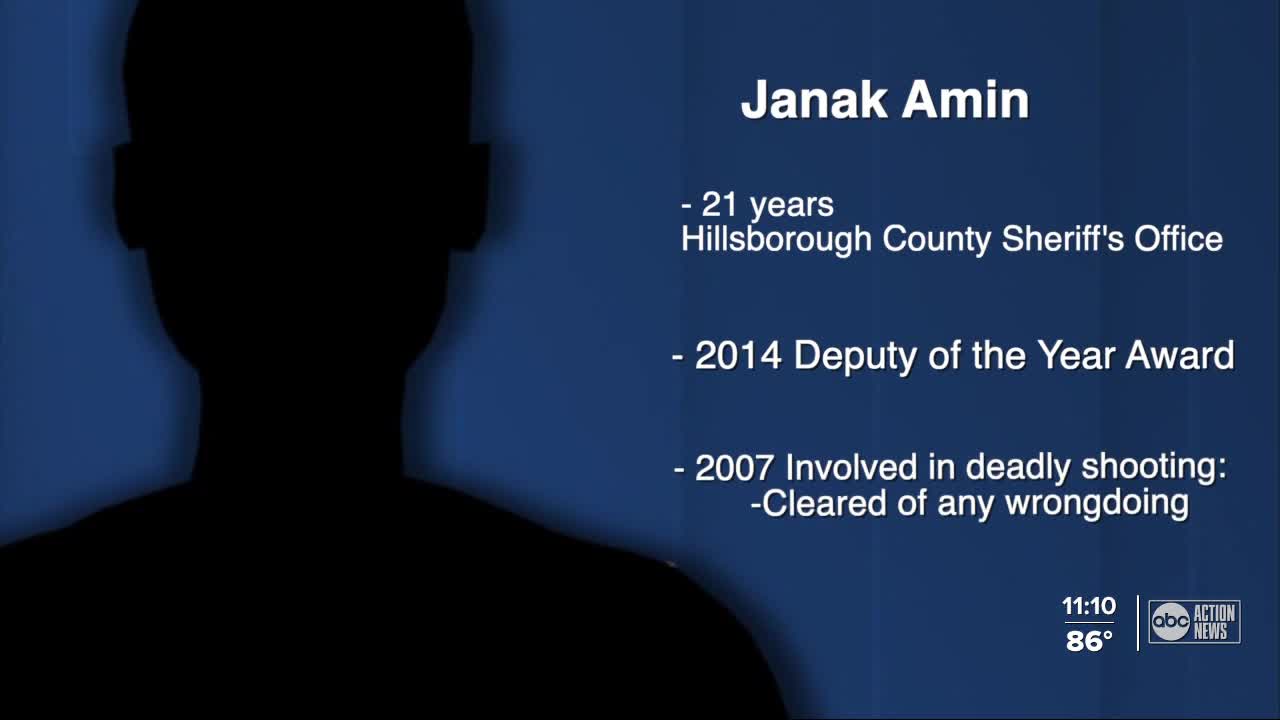 A longtime sergeant with the Hillsborough County Sheriff's Office has been fired and is now charged with aggravated assault with a deadly weapon after he reportedly pointed a gun at a male who refused to identify himself. 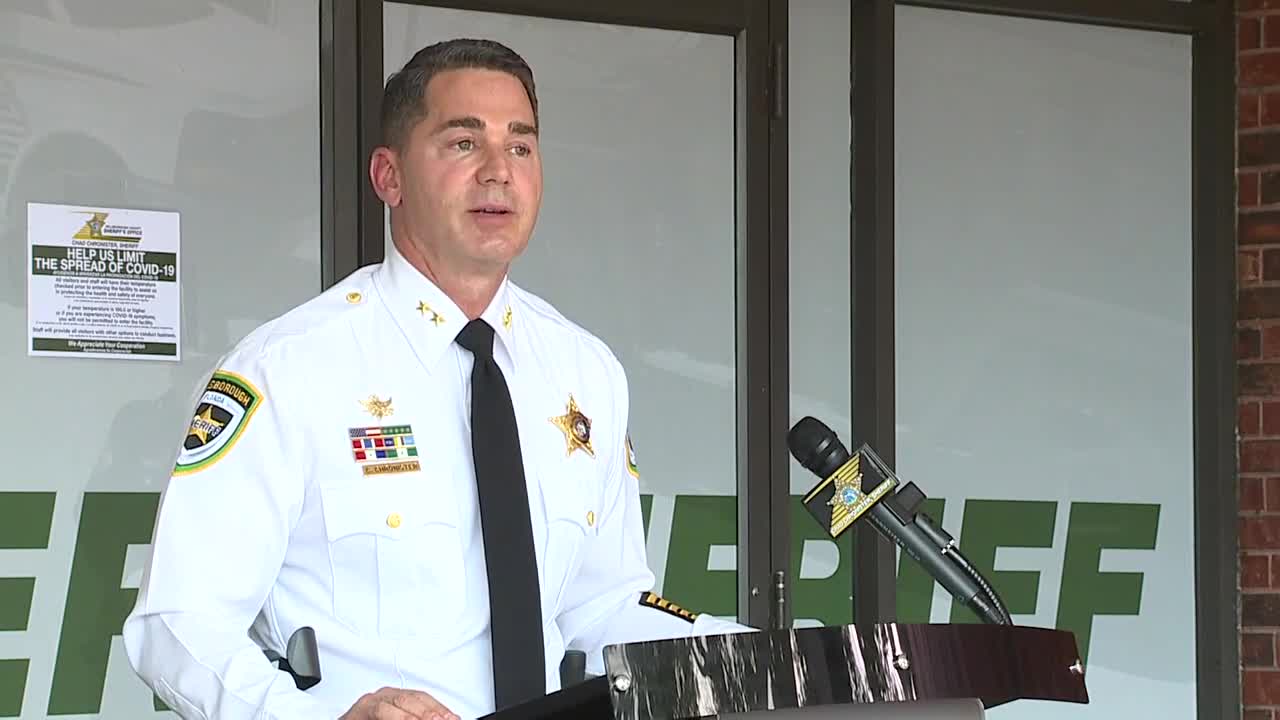 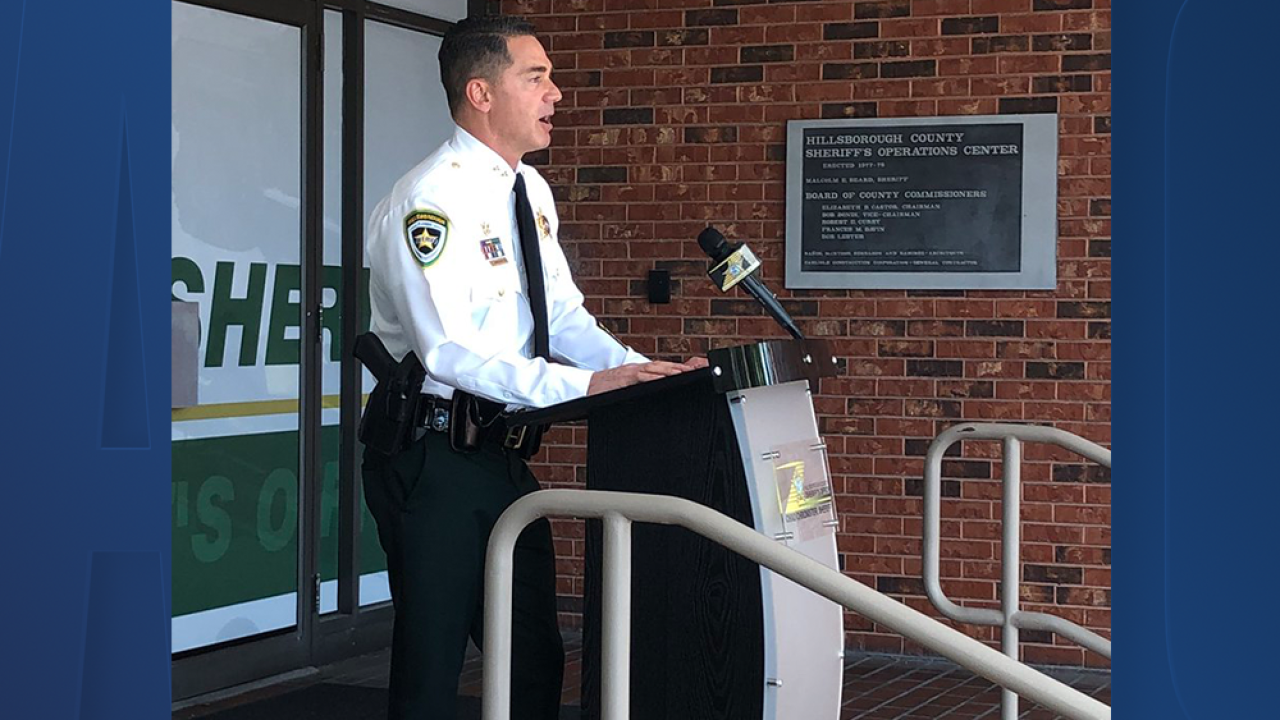 TAMPA, Fla. -- A longtime sergeant with the Hillsborough County Sheriff's Office has been fired and is now charged with aggravated assault with a deadly weapon after he reportedly pointed a gun at a male who refused to identify himself.

The sergeant, Janak Amin, pulled a gun on the unarmed Black man, pointed at his head and threatened to shoot him, according to Hillsborough Sheriff Chad Chronister.

According to Sheriff Chronister, the victim was suspected of leaving DACCO Behavioral Health Center, a mental health facility, after he was inadvertently taken there from an HCSO detention center. The victim was found hiding and appeared to be "scared for his life" when Amin and HCSO deputies approached him near the intersection of North Nebraska Avenue and East Annie Street.

Sheriff Chronister said a corporal on scene deescalated the situation by telling Amin that he can "rapidly identify" the male victim who refused to give the now-former sergeant his identity. A detective on scene told Amin he recognizes the man from a previous case.

Sheriff Chronister said Amin had, "No reason, no rationale, no justification" to point a gun at the victim.

Amin was a 21-year veteran with HCSO. Prior to the incident, Amin was described as "an exemplary employee," Sheriff Chronister said. In 2014, Amin was named "Deputy of the Year" by the Indian Advisory Council.

Back in 2007, Amin was involved in a deadly deputy-involved shooting in Riverview. According to a report from the Tampa Tribune, Amin and another HCSO deputy responded to a SWAT standoff involving a former Sarasota firefighter. The standoff ended in the former firefighter being shot to death after deputies warned him to drop the weapon multiple times, according to Tampa Tribune's report.

Investigators cleared Amin of any wrongdoing from the deputy-involved shooting.

Sheriff Chronister said there is no video evidence of Thursday's confrontation due to the fact that body cameras ordered by HCSO aren't expected to arrive until next month.

"The violation of public trust is despicable," Sheriff Chronister said.

"This is the first step in the right direction to building trust with law enforcement. I commend the deputies for stepping up in the way they did," she said in a statement.

HCSO did not give the victim's identity, age or explained how the victim ended up at the mental health facility.