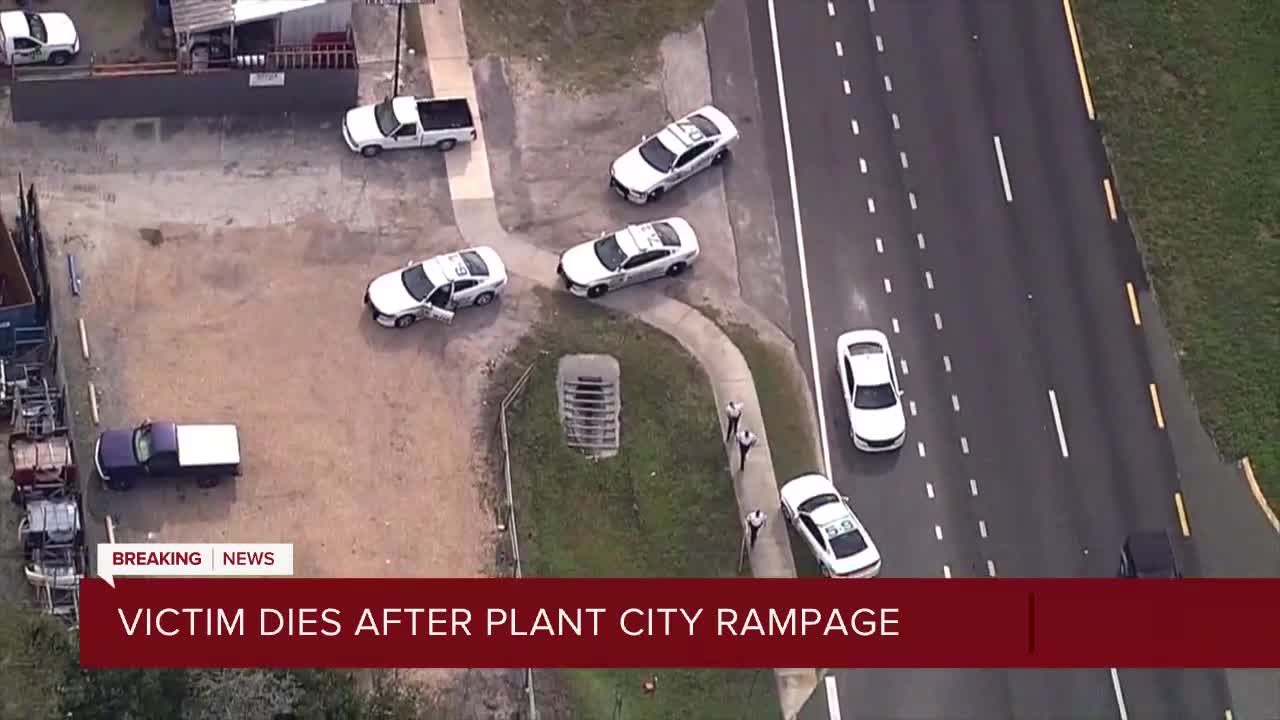 The Hillsborough County Sheriff's Office is investigating a violent rampage that ended with deputies firing back at a man in Plant City. Story: http://bit.ly/2tVhW7D 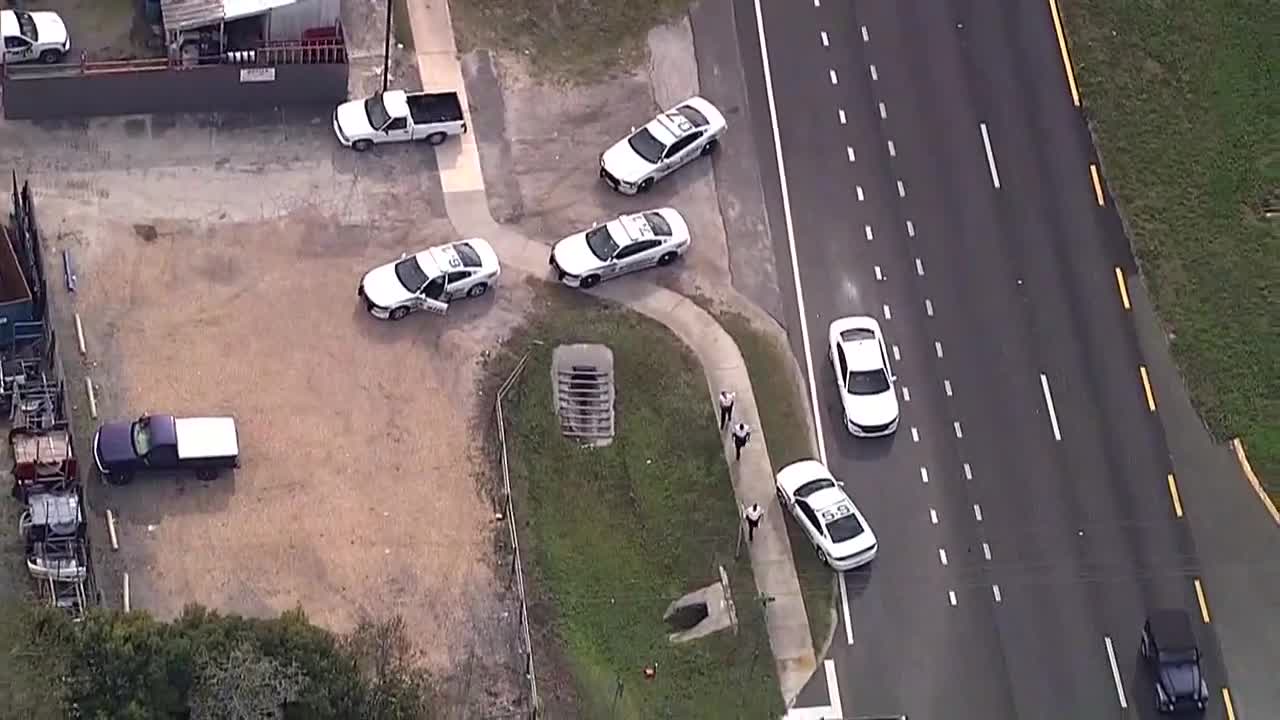 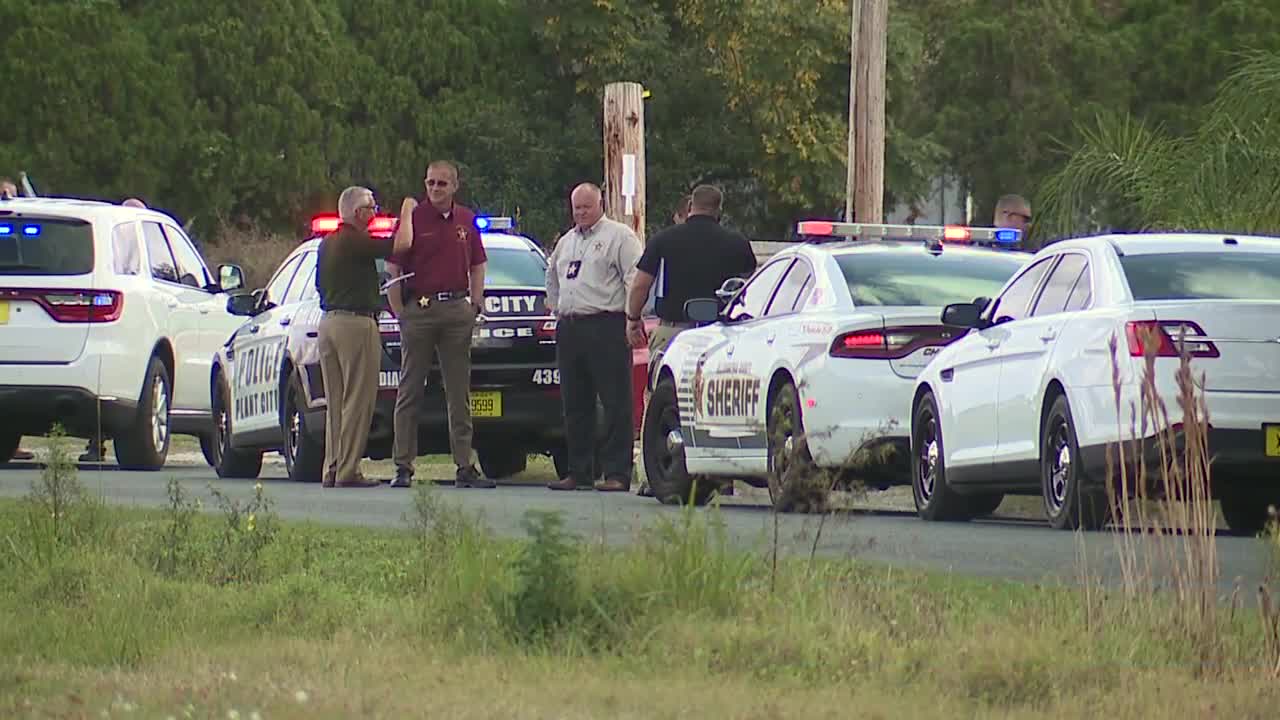 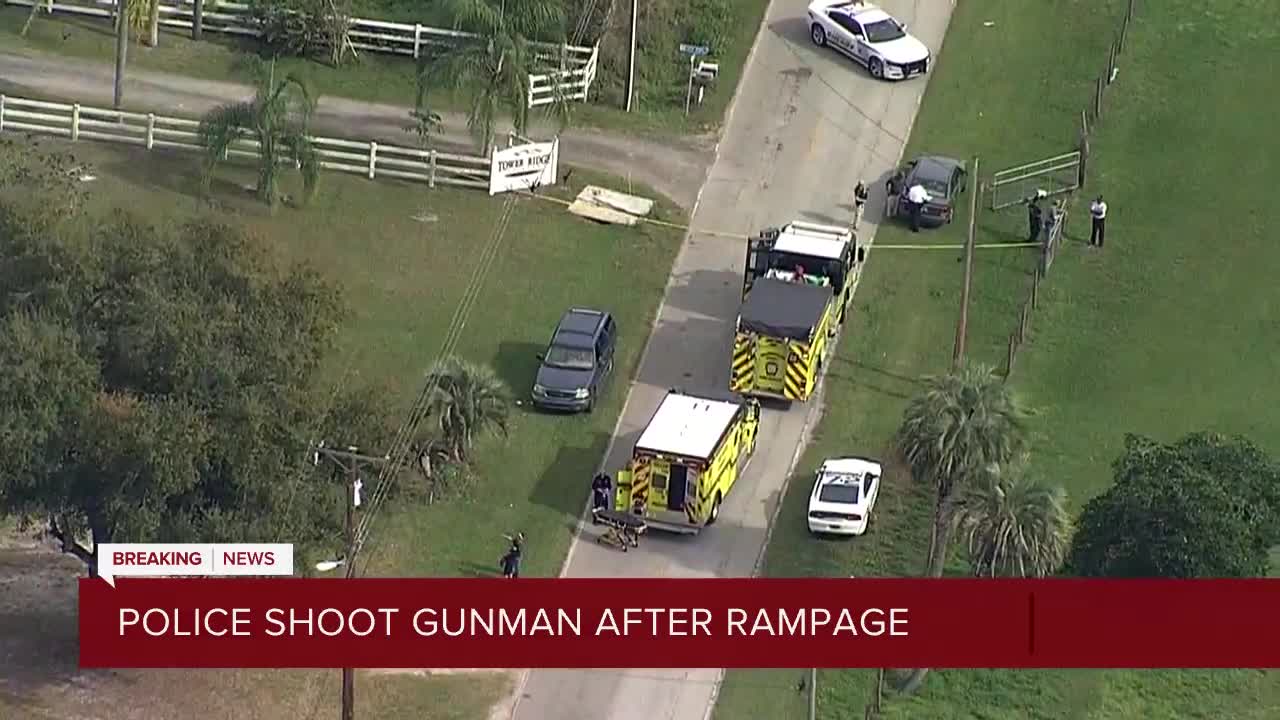 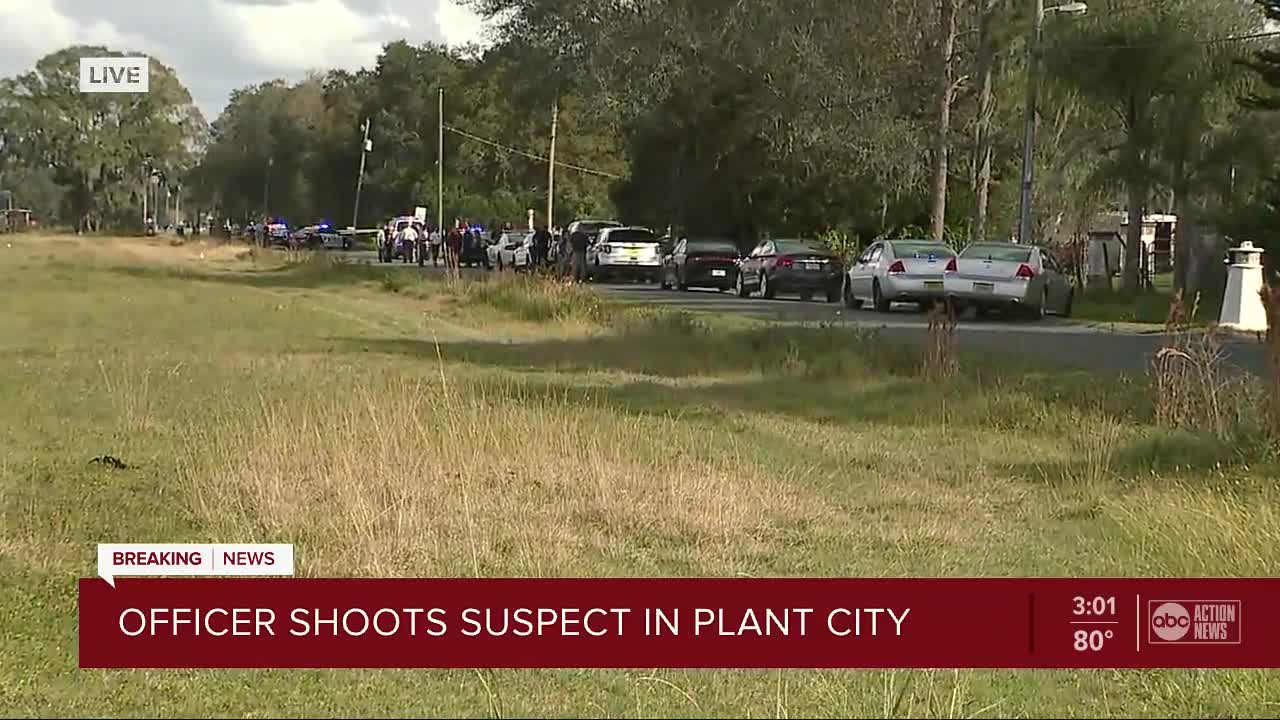 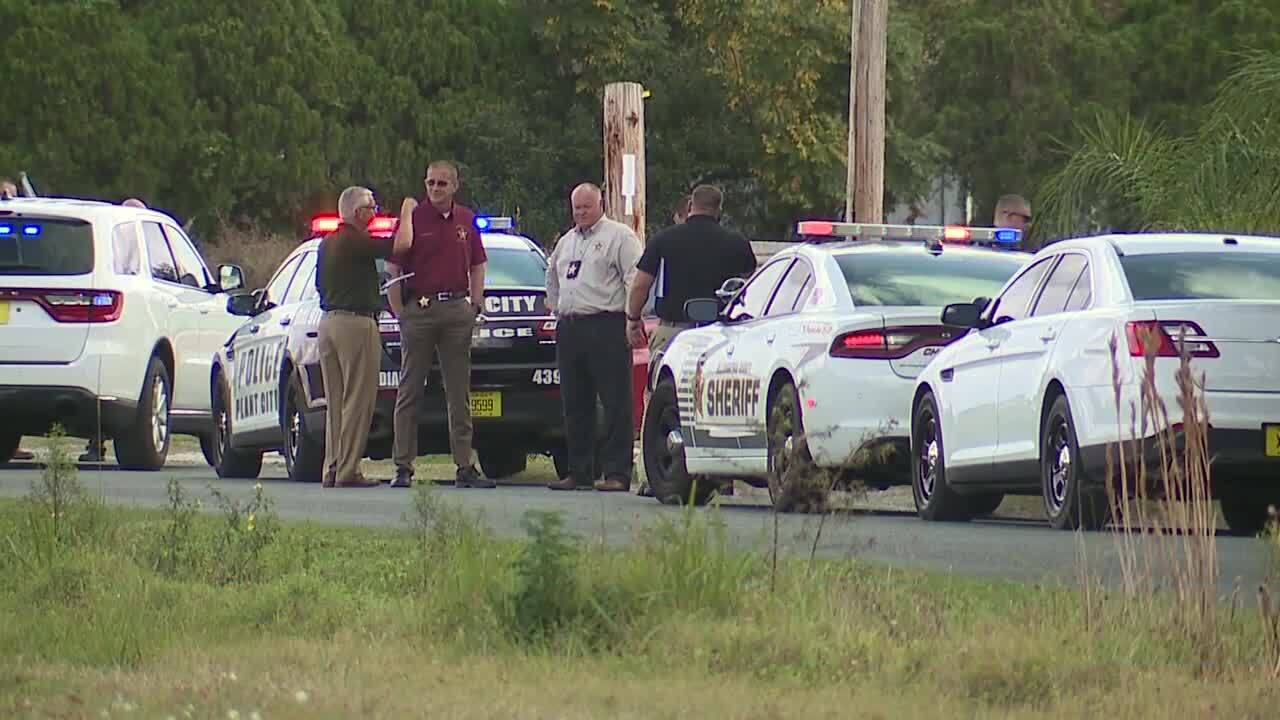 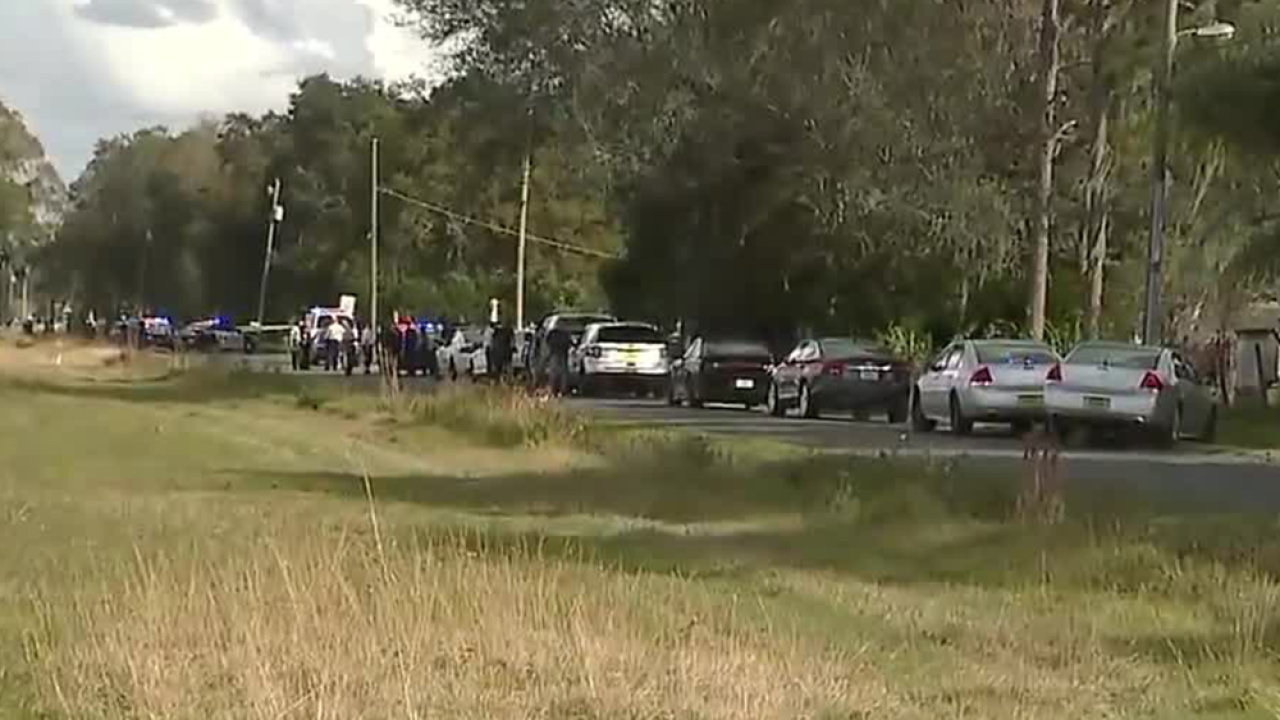 PLANT CITY, Fla. — The Hillsborough County Sheriff's Office is investigating a violent rampage that ended with deputies firing back at a man in Plant City.

Investigators described the events, which happened near James L Redman Parkway and Colson Road, as a "violent rampage.”

Deputies responded to the intersection of Colson Road and Tower Ridge Lane just before 1 p.m.. after a family member of the victim, identified as Agustin Pardo by the family, called 911 to report a shooting.

The deputies later determined Pardo was shot while driving along Colson Road. He was flown to Tampa General Hospital where he passed away from his injuries.

Just prior to the shooting, dispatchers had received multiple calls reporting an armed black man was attempting to flag down at least two vehicles and then opened fire at one of them.

Deputies and Plant City Police quickly responded to the area and tried to set up perimeter around the suspect.

A K-9 deputy and Plant City Officer tracked the suspect, who was using tall grass and nearby buildings to hide.

Neighbors say officers urged them to stay inside while they were on the hunt for the suspect.

"I went and got my gun," said Dennis Owen.

A Plant City officer shot back and hit Thomas, who was transported to a hospital for treatment of his injuries.

A woman near the scene told an ABC Action News' crew she saw the suspect did not comply with commands to put the gun down.

"He acted like he was going to shoot at them," said Ann Ard. "They told him one more time, 'drop that gun.' He wouldn’t do it so they opened fire on him."

Dennis Owen is thankful for the quick response by law enforcement.

"When a scene comes to your house, and it comes home to you, you can’t say thank you enough to them because they really did what they should do," said Owen.

The Sheriff's Office does not have a motive for the rampage.

Thomas is facing charges of First Degree Premeditated Murder with a Firearm, Aggravated Assault with a Deadly Weapon, Shooting at or into an Occupied Conveyance or Vehicle and two counts of Attempted Armed Carjacking. More charges are pending as the investigation continues.

The Plant City officer who fired back at the suspect was placed on administrative leave while the Florida Department of Law Enforcement (FDLE) investigates the shooting.