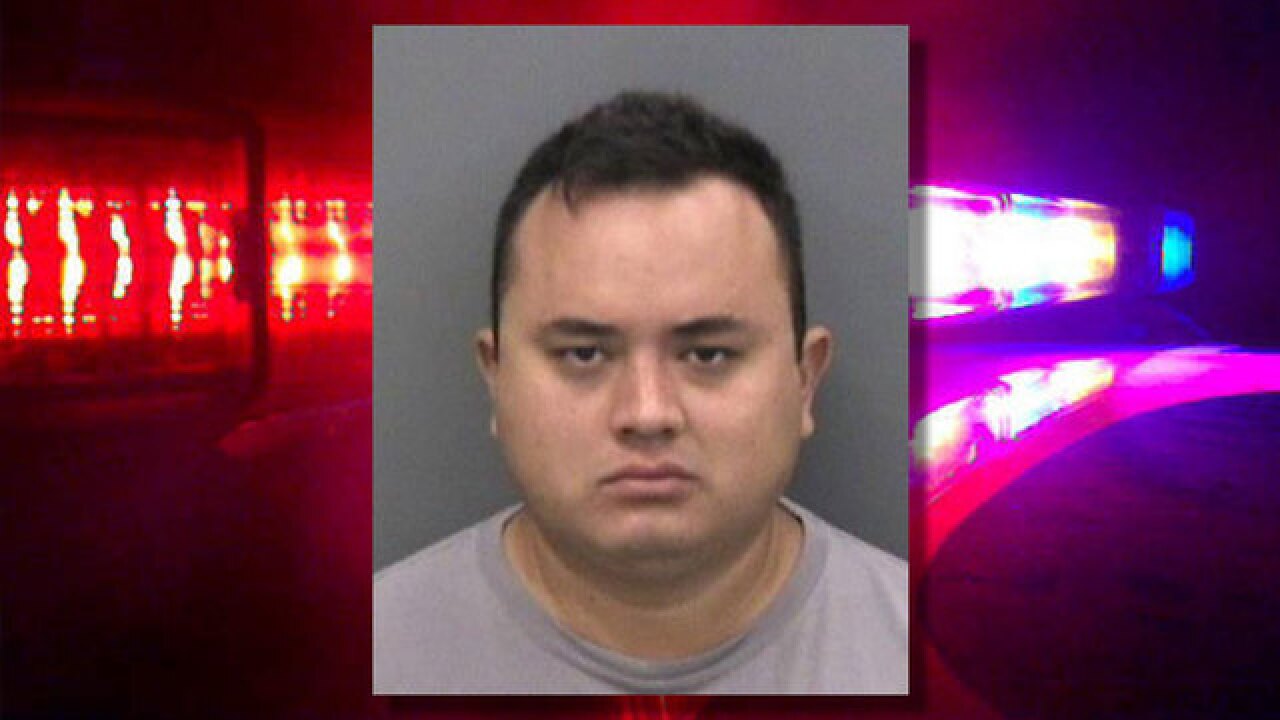 TAMPA, Fla. — A staff member at a youth detention center in Tampa was arrested for child abuse on Monday, deputies say.

According to the Hillsborough County Sheriff's Office, around 5 p.m. Friday, a verbal altercation broke out between two juvenile residents at the Sunshine Youth Services Detention Facility, located on Columbus Drive East in Tampa.

Deputies say that the caregiver Jimmy Nunez, 30, attempted to assist another staff member to de-escalate the argument by grabbing a 16-year-old male juvenile around his upper body and pulling him to the ground.

HCSO says that Nunez straddled the juvenile, pinning him to the ground, and struck him 11 times in his right torso with a closed fist. The juvenile victim suffered bruising and soreness to his ribs, but no permanent injury.

Detectives with the Hillsborough County Sheriff's Office investigated the incident, which was captured on video surveillance and witnessed by other staff and residents of the facility. As a result, Nunez was arrested on Monday and charged with one count of child abuse.