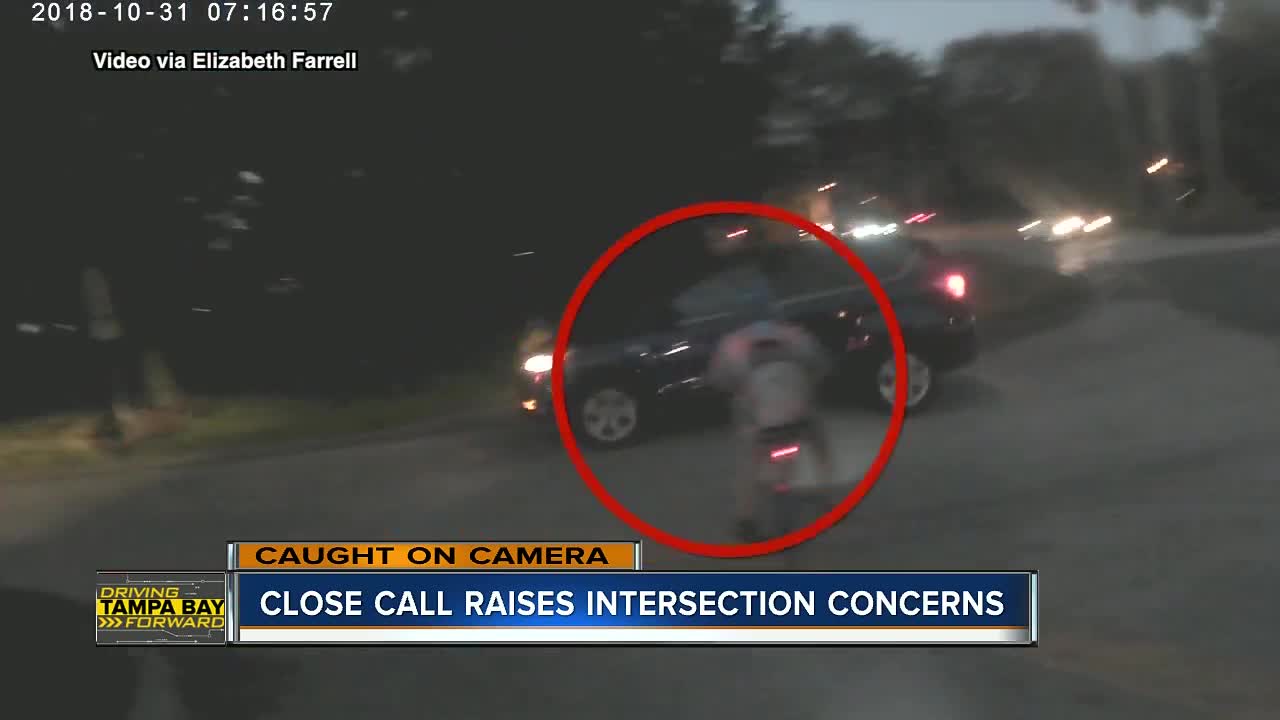 It was a close call for one Hillsborough County student. Wednesday morning, Zowie Farrell and her dad were riding their bikes to Bevis Elementary school when a car came within inches of hitting her. 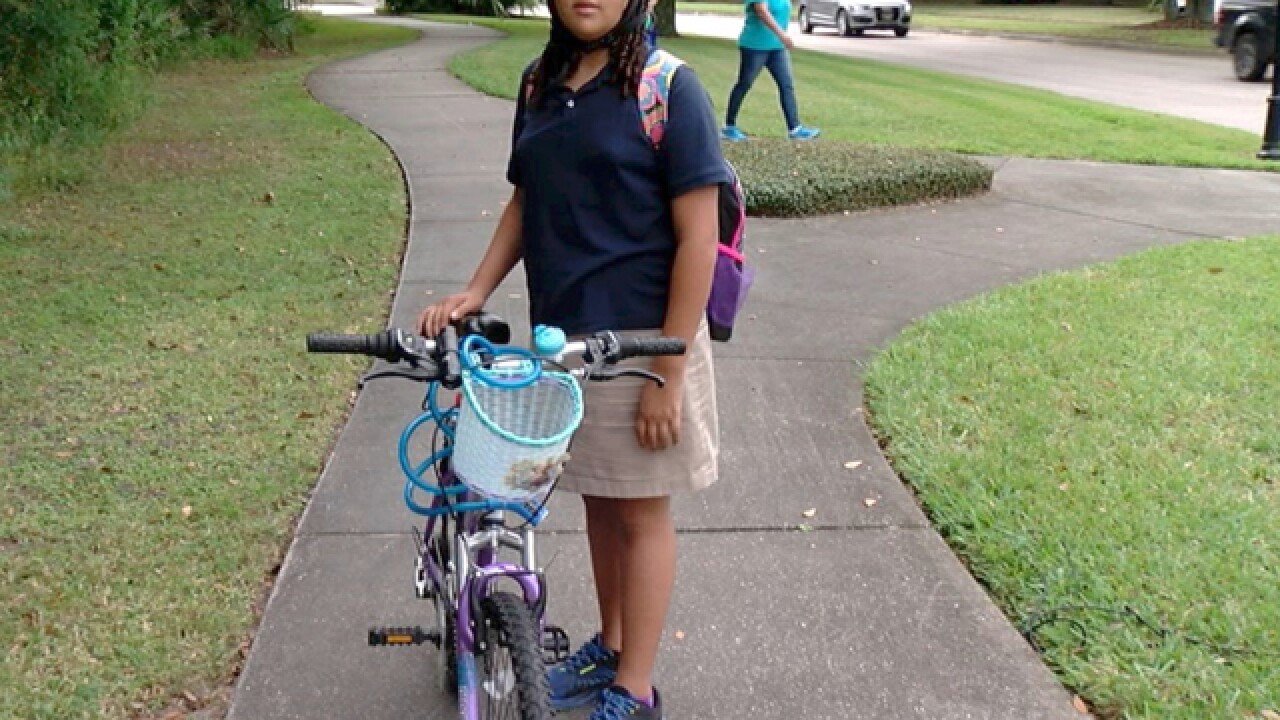 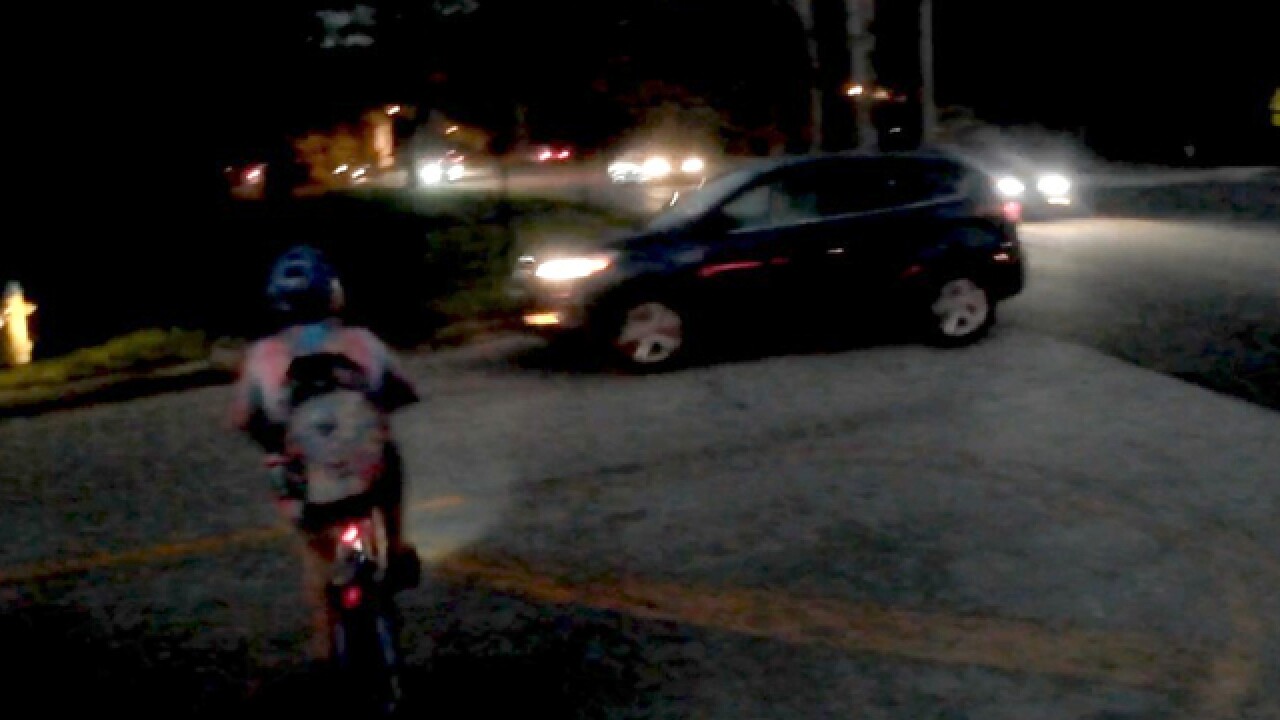 LITHIA, Fla — It was a close call for one Hillsborough County student. Wednesday morning, Zowie Farrell and her dad were riding their bikes to Bevis Elementary school when a car came within inches of hitting her.

Her dad caught the incident on a camera attached to his helmet. They were attempting to cross Osprey Park Place.

Zowie’s mom, Elizabeth Farrell, says they encourage her to ride her bike to school to teach her about safety. They also equip her bike with plenty of bright, flashing lights.

"She handled it very well she saw the driver and she hit her brakes and she came off her bike and thankfully it wasn't a couple seconds more because we would've been in the hospital and it could've been a very different outcome.”

Farrell says the experience was terrifying for her daughter.

She says traffic gets very heavy in the area, especially during school times when cars line up against the sidewalks to pick up and drop off their kids. She says it causes a lot of congestion.

"There's a whole lot of activity going on and it may be a little bit hard to take it in as a driver. We just have to take that extra precaution for the kids,” Farrell said.

"I see a bunch of kids riding their bikes and walking with their parents across the intersection,” said Gregg Laclair, who drops his daughter off at the nearby daycare.

There haven’t been any reported crashes there in the last year, but he thinks adding a crossing guard could help control traffic.

if you’d like to see something like that happen, it’s a simple process -  you can contact the school district and they will contact the Hillsborough County Sheriffs Office if they think a study needs to be done.