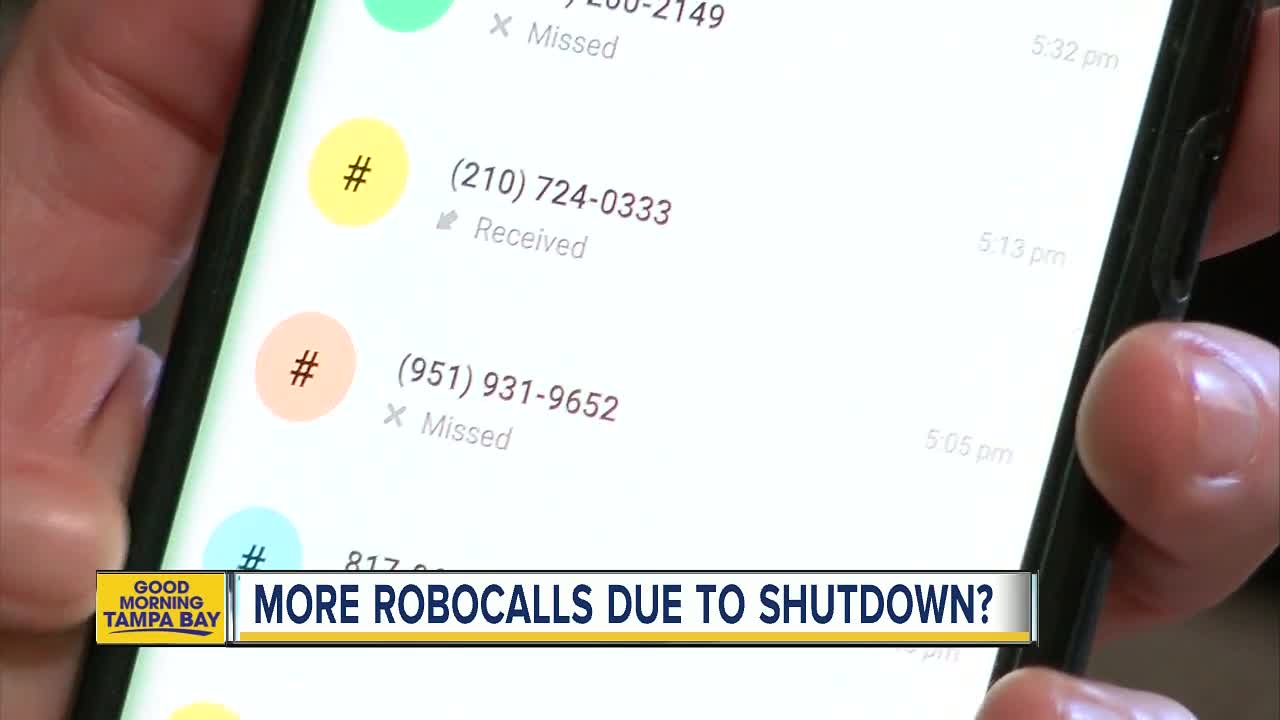 The Federal Trade Commission's "Do Not Call Registry" and its website are temporarily unavailable during the government shutdown. 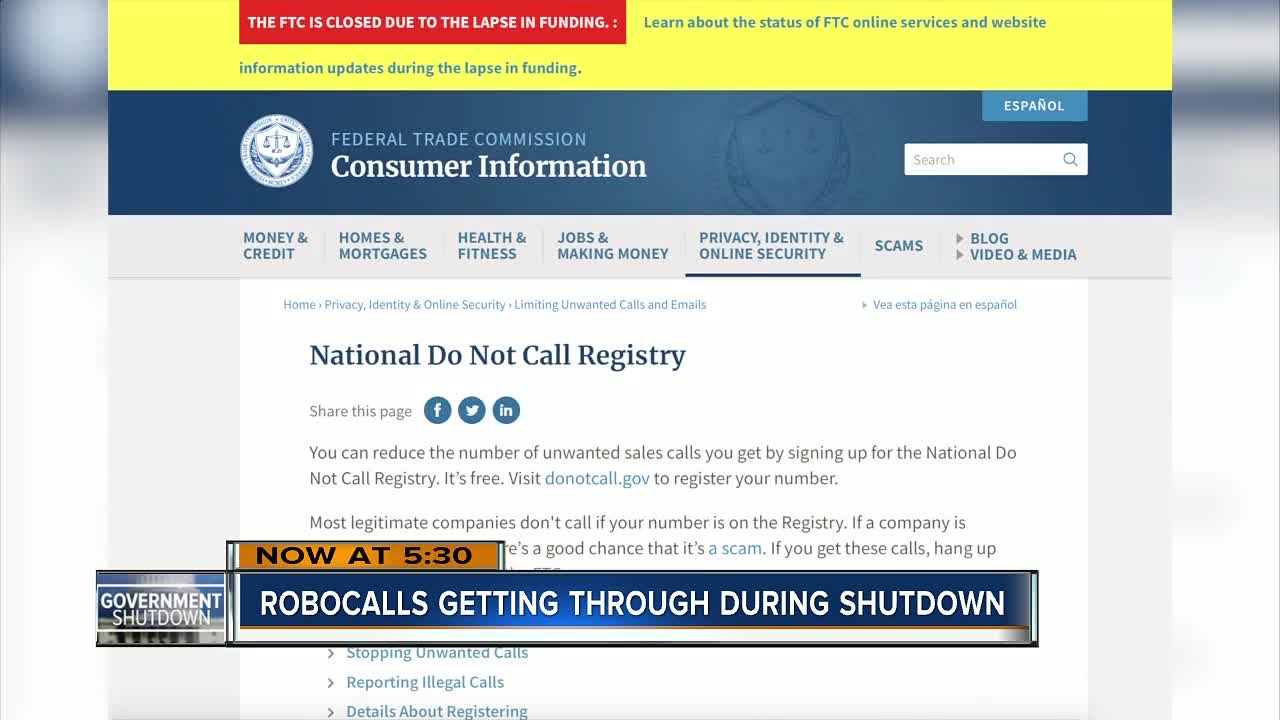 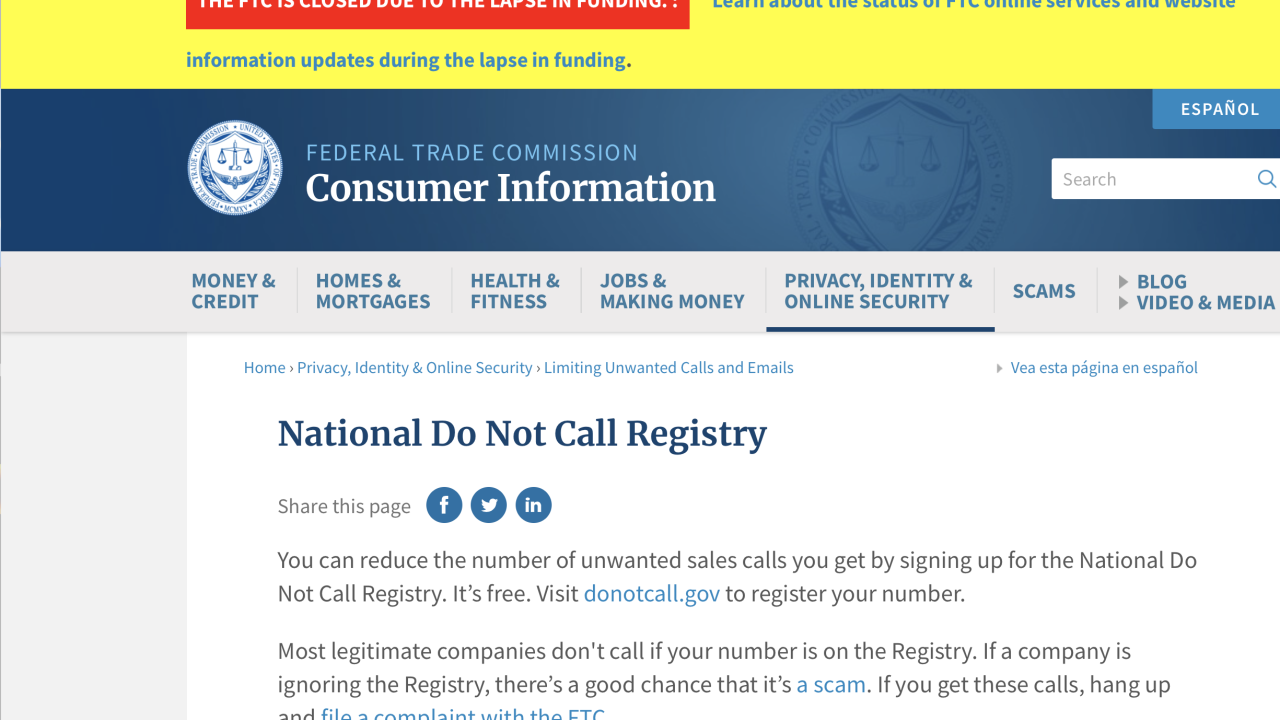 The Federal Trade Commission's "Do Not Call Registry" and its website are temporarily unavailable during the government shutdown.

That could mean more robo calls for you.

donotcall.gov has a temporary white page with this memo:

"Due to the government shutdown, we are unable to offer this website service at this time. Information about unwanted calls can be found on the FTC’s website at: National Do Not Call Registry | Consumer Information

We will resume normal operations when the government is funded."

"I had to turn my phone off, it was too much," said Tonya Bloom, owner of Secret Spa in Brandon.

Our sister station, WCPO reports, The Consumer Sentinel Network — an investigative tool for law enforcement to access consumer complaints — is also down, as is the Complaint Assistant for consumers to file complaints about issues like identity theft, do-not-call violations and telemarketing scams.

The FTC-run websites identitytheft.gov and econsumer.gov are also down until funding is restored.

The registry closed at midnight on December 28 due to the lapse in government funding.