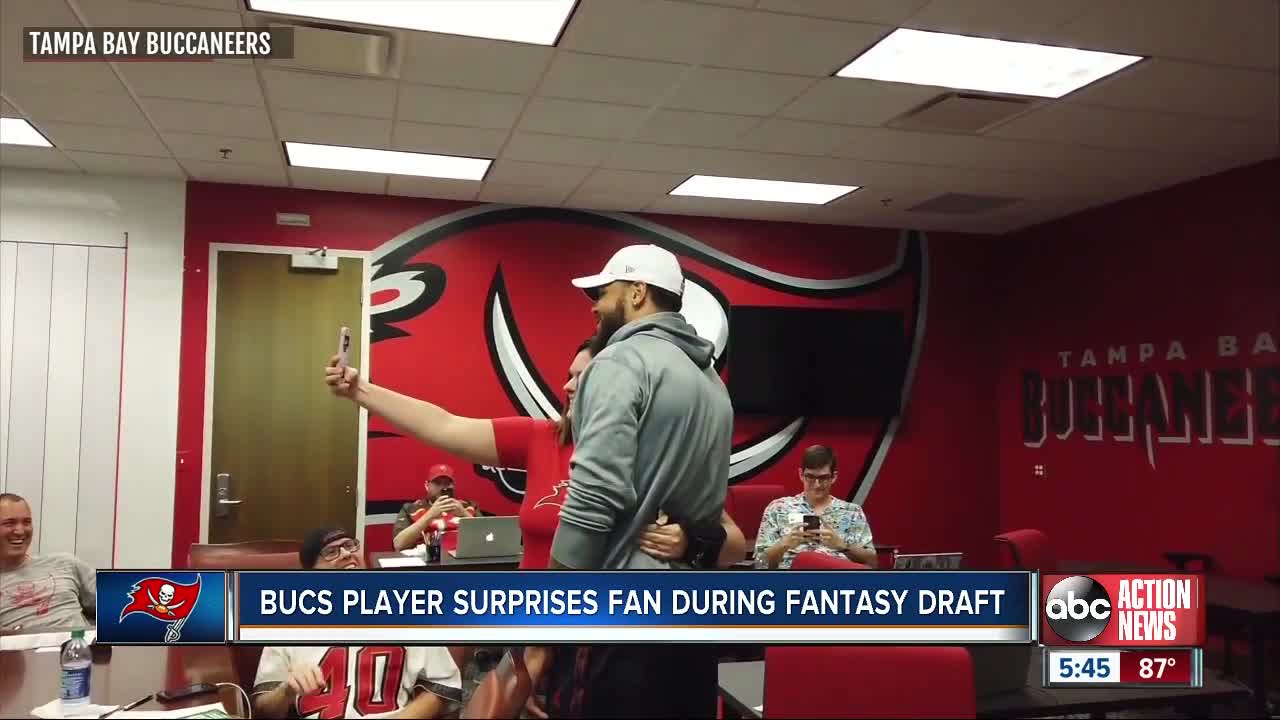 A Buccaneers fan received an epic surprise this week. 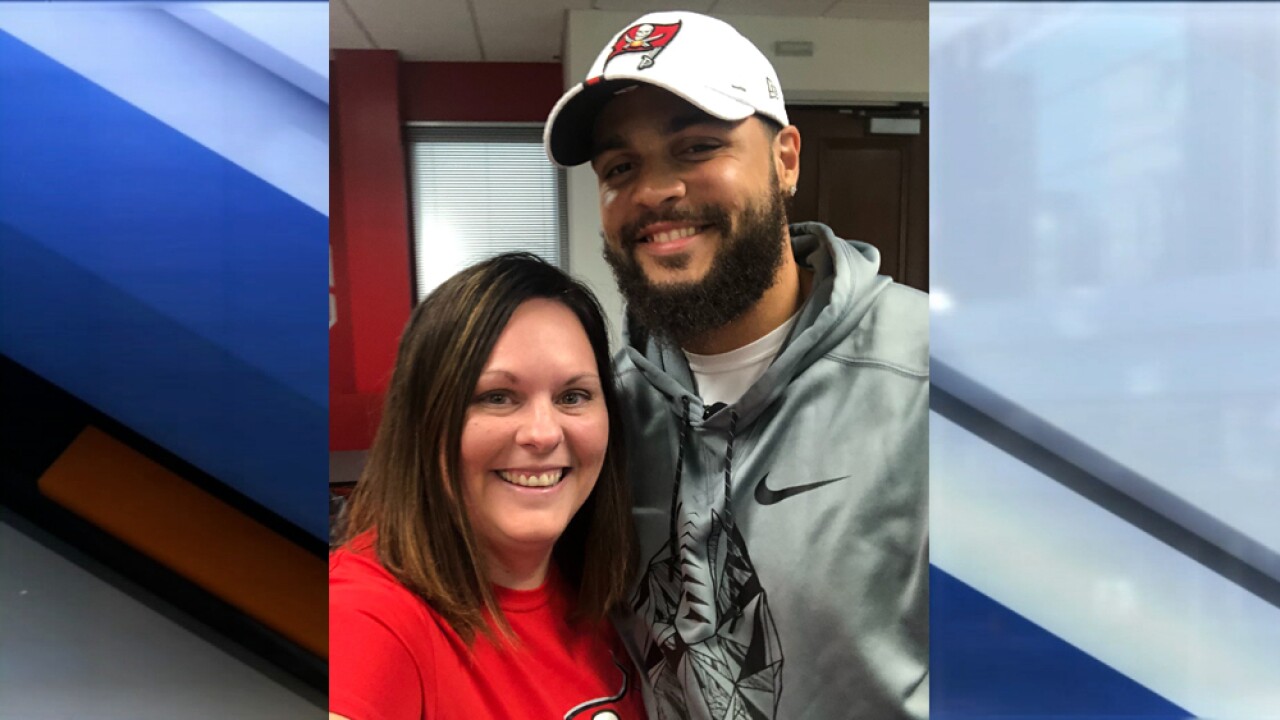 One local Tampa Bay Buccaneers fan got the surprise of her life Thursday night.

A Polk woman was in the middle of a fantasy football draft when a special guest crashed the party.

“Who drafted me and in what round?” 🤣

Imagine drafting @MikeEvans13_ in your fantasy football league and then he walks in the room. pic.twitter.com/22eyAHN9VS

Star Bucs wide receiver Mike Evans walked through the door and asked who drafted him.

When he asked, everybody pointed to Becky Hartman, who says she's picked him for the past three NFL seasons.

She said she knew there was going to be a surprise guest, but had no idea it would be a player.

"He was like 'you’re the smartest one in the room' and it was just really cool and he gave me a big hug and then he sat next to me," she said. "We talked and it was just so cool and I really did I felt like when you know you’re a super fan and you’re like 'this really isn’t happening!'

Her league was able to draft at the AdventHealth Training Center across from Raymond James Stadium as part of the Bucs FANtasy challenge league.

She says she plans to hassle the wide receiver on Twitter now if he doesn't get enough fantasy points!