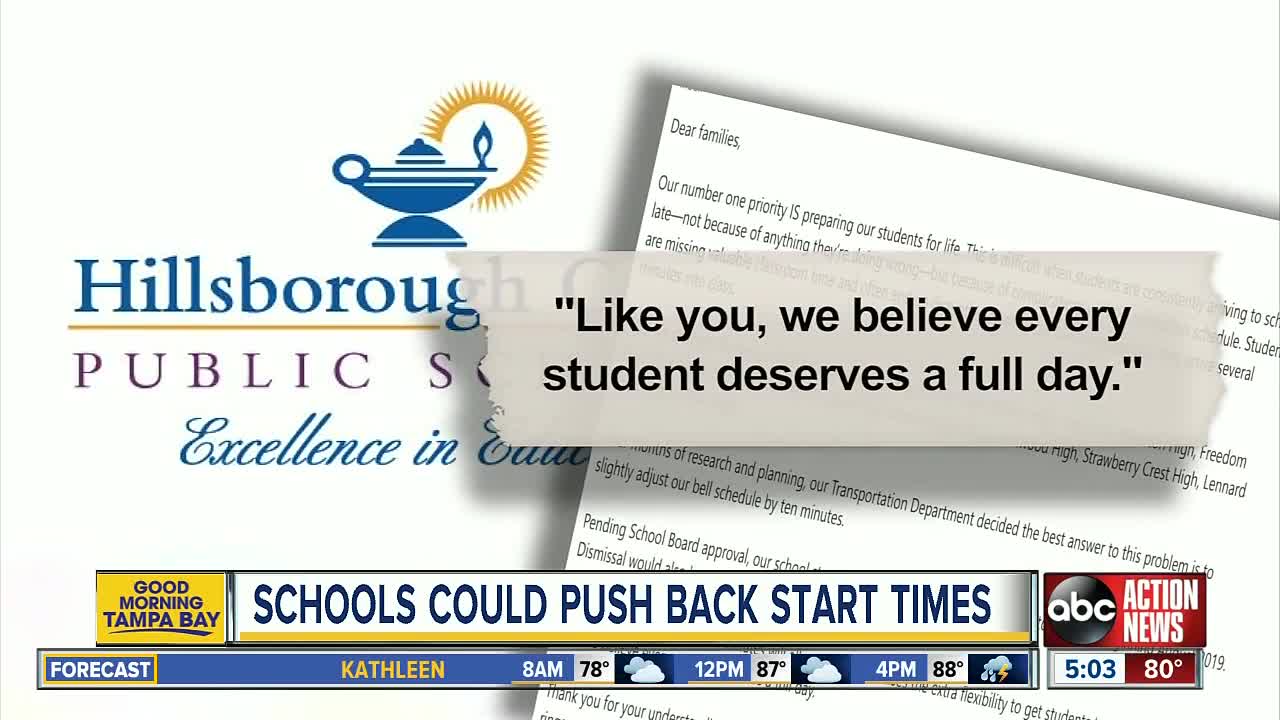 Students are late to class in Hillsborough County and district officials want to make a change to the bell times to fix the problem. 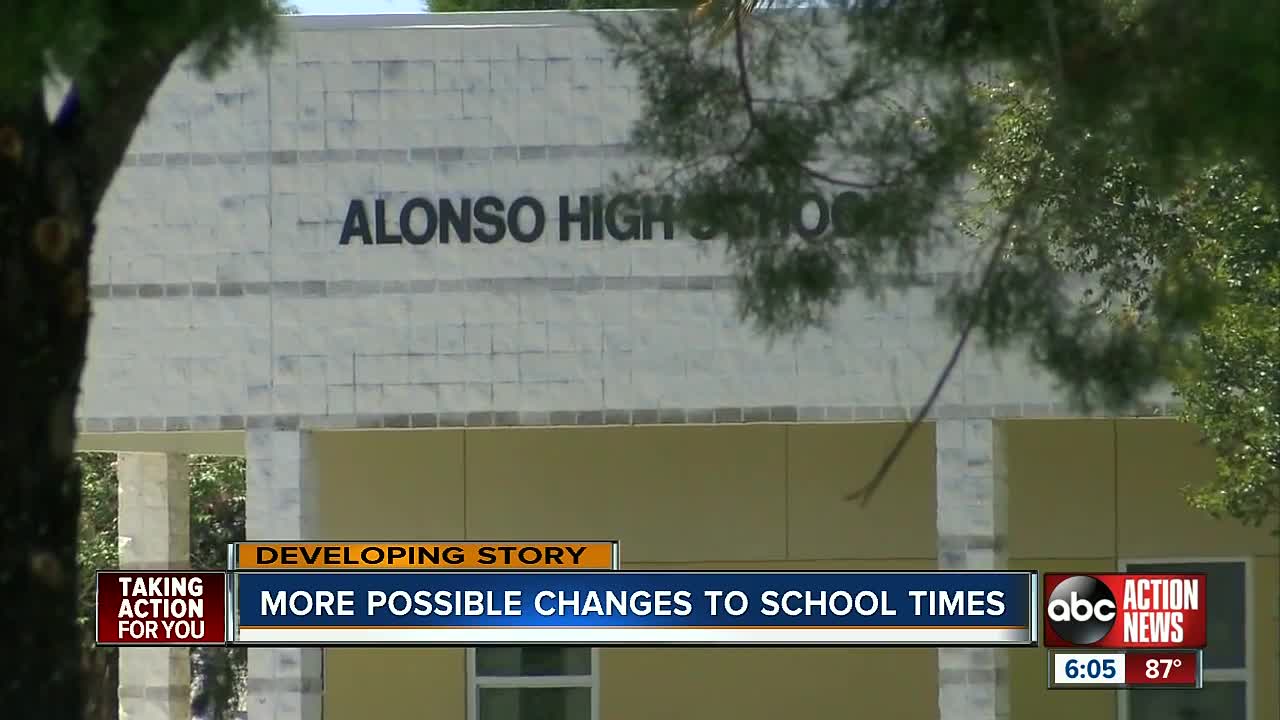 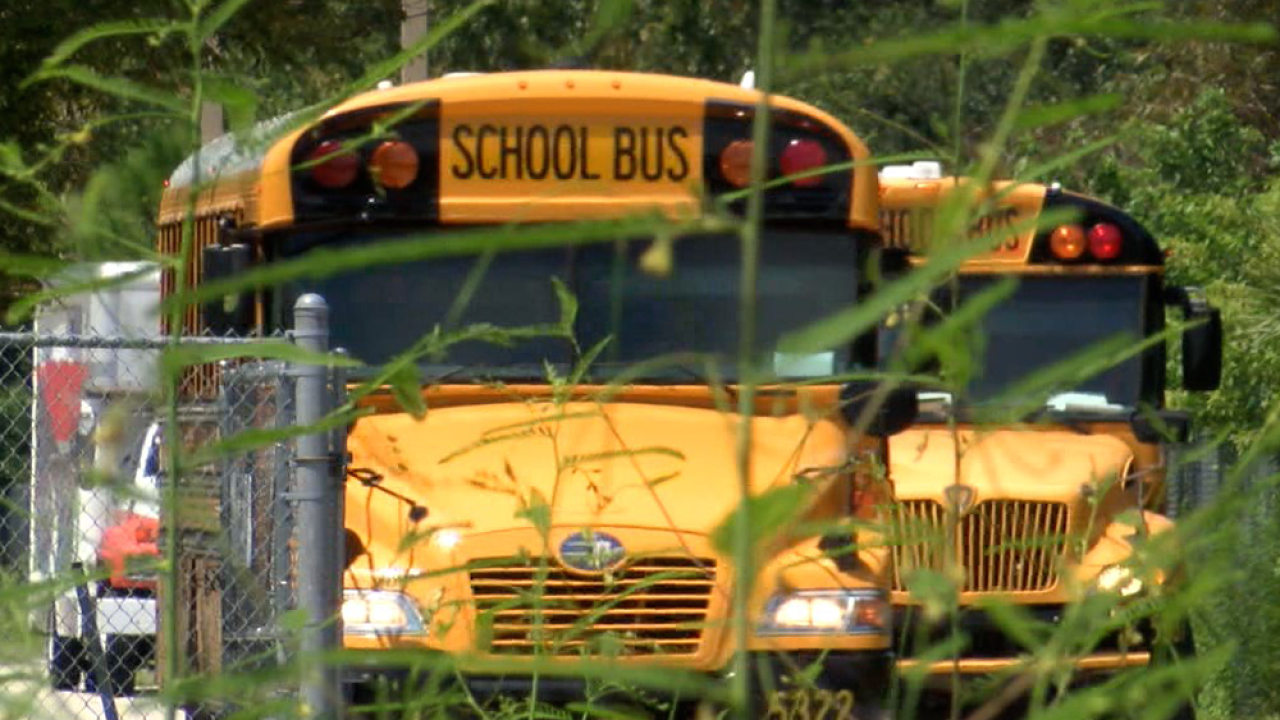 HILLSBOROUGH COUNTY, Fla. — Students are late to class in Hillsborough County and district officials want to make a change to the bell times to fix the problem.

They are going to the school board in a few months to ask them to approve a 10 minute shift in start and end time to help get kids seated in their desks before the bell rings.

“I just don’t think that 10 minutes solves the problem. This is not a 10-minute problem,” said Isabel Phifer, a mom of two at Alonso High School.

That’s one of 12 schools that would see the change.

The District wrote a letter to parents to alert them of their plan so they could make changes to their schedule if need be:

"Our number one priority is preparing our students for life. This is difficult when students are consistently arriving to school late—not because of anything they’re doing wrong—but because of complications with the school bus schedule. Students are missing valuable classroom time and often end up disrupting other students working because they arrive several minutes into class.
After months of research and planning, our Transportation Department decided the best answer to this problem is to slightly adjust our bell schedule by ten minutes.
Pending School Board approval, our school start time will be pushed back ten minutes to 8:40 a.m. beginning August 2019. Dismissal would also be ten minutes later at 3:35 p.m.
We believe this additional ten minutes will allow our school buses the extra flexibility to get students to school on time. Like you, we believe every student deserves a full day."

“Every child is not late to Alonso, but our children are late almost all the time,” she said last year.

In e-mails from the Transportation Department and the principal at Alonso HS, bus drivers who didn’t keep a tight schedule and issues with certain routes seemed to be the cause of the problem. Traffic was also a factor.

Fifer says those issues were fixed after a few weeks into school but they seemed to come back right before summer.

“The last week of school with it being testing, which is the most important, these are semester and testing, twice the bus was late. It got to the point where but the other two days I just drove them,” she said.

Officials say the plan is to get kids to school at least 25 minutes before the bell rings so they can get in on the free breakfast.