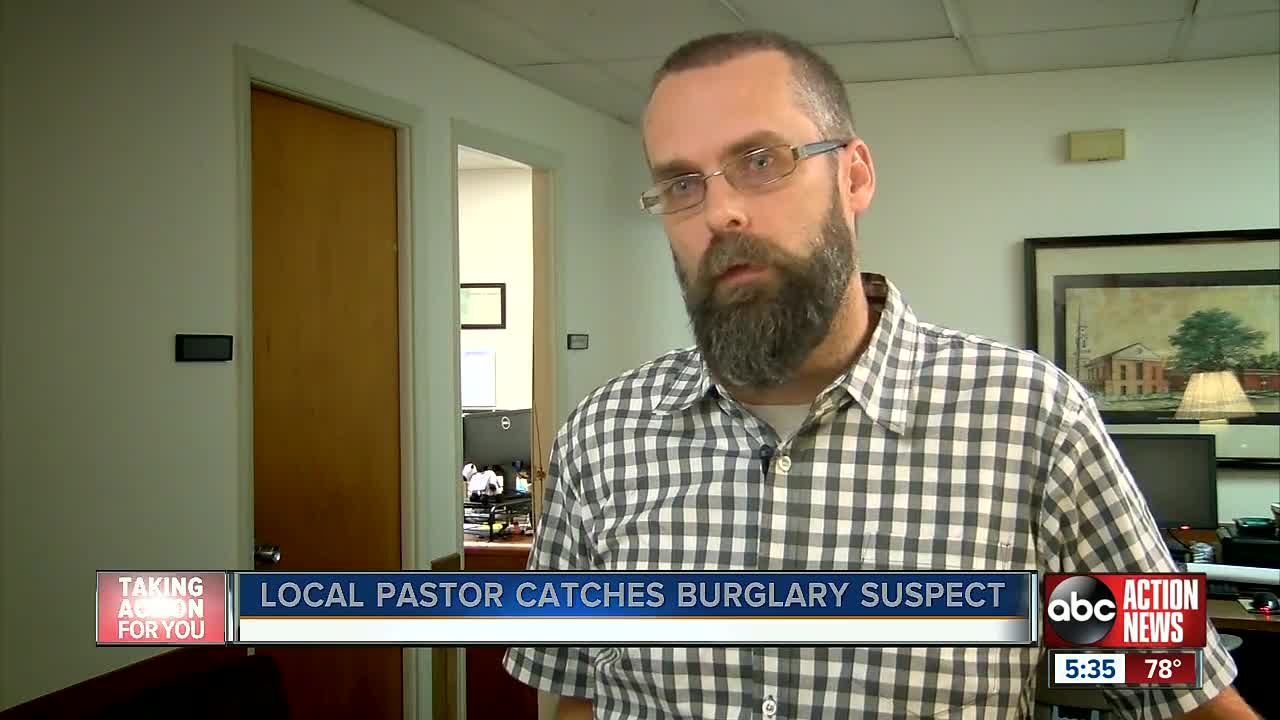 A Tampa pastor armed himself and confronted an intruder at his Seminole Heights church on Thursday, holding him at gunpoint until police arrived. 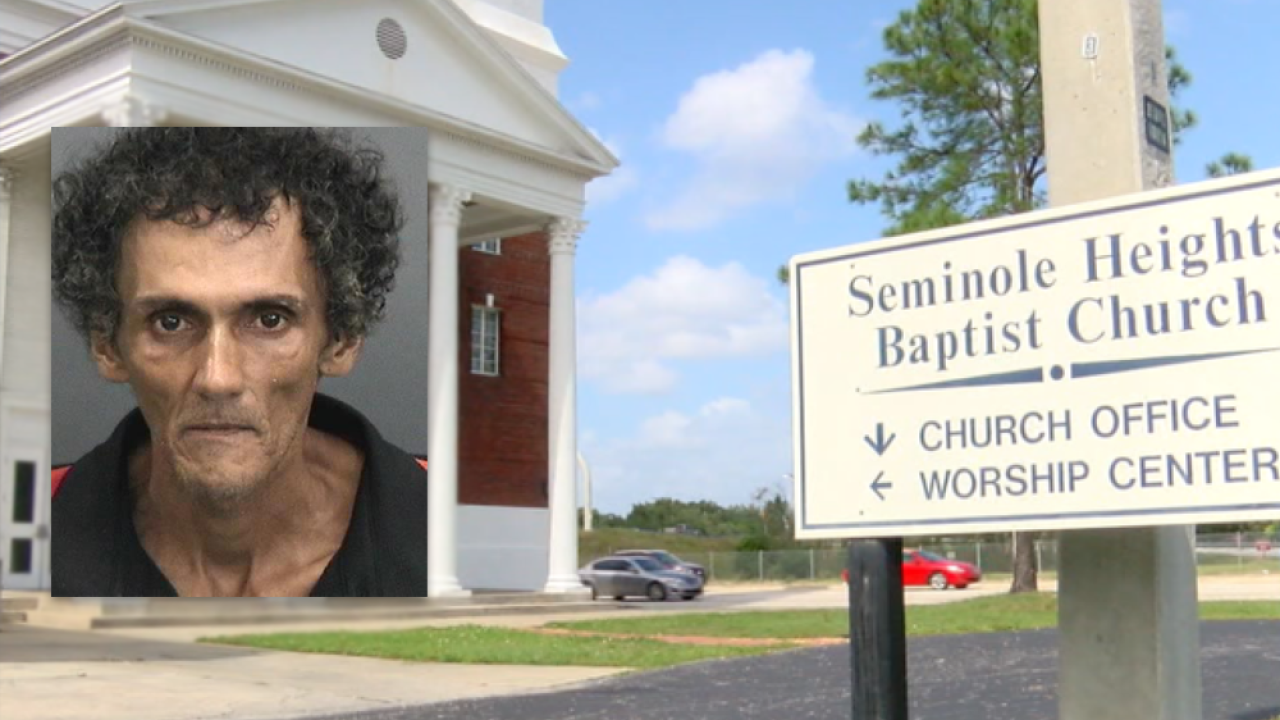 HILLSBOROUGH COUNTY, Fla. — A Tampa pastor armed himself and confronted an intruder at his Seminole Heights church on Thursday, holding the man at gunpoint until police arrived.

Pastor Brant Adams and the church deacon Jack Young were alerted early Thursday morning that someone may have broken into the church.

Adams and Yound live nearby and rushed over to find a man inside holding a laptop bag that belonged to the church.

"When I approached the light on in that office I knew something was wrong so I looked in there and I saw him in that office," he said.

Adams, armed with a gun, told the man to get on the ground. He kept him there until police arrived and arrested him. "I would protect that just like I would protect my own home," Adams said. "When you see someone destroying what other people are sacrificing to give to you, he stealing from them. He was stealing and hurting a lot of people."

Police say 49-year-old Miguel Otero-Rivera smashed a window no bigger than a medium sized picture frame to get in. Adams estimated the window was 18X12.

Otero-Rivera was taken to a local hospital for medical attention after he hurt himself breaking through the window.

Adams hopes he gets the help he needs.

"The hope is that he comes to a point to understand that there are other options then trying to break in and steal something from someone else," he said.